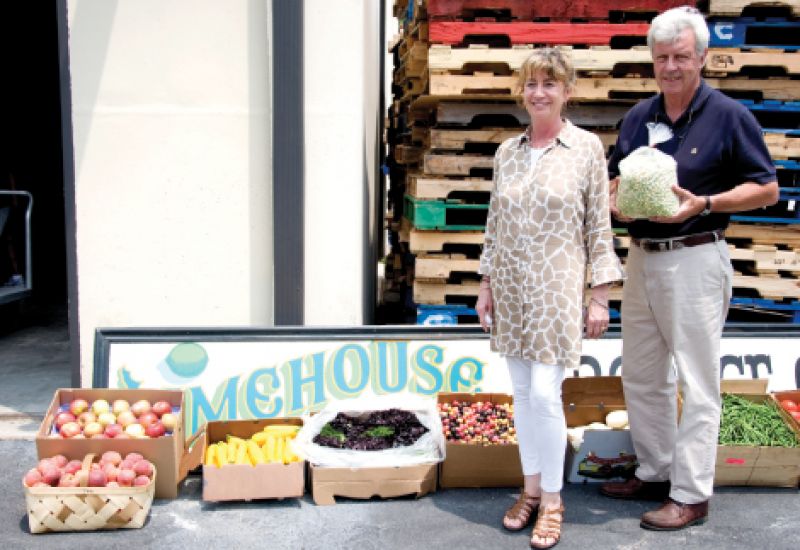 Every morning, Jack and Andrea Limehouse rise at 3 a.m. to work alongside their employees, prepping fruits and veggies for delivery to restaurants, hospitals, and schools all over the Lowcountry. Limehouse Produce trucks are ubiquitous sights around town, but most locals don’t know the long road behind the company’s success.

In 1940, Jack’s father, H.B., opened a wholesale grocery on South Market Street, joining 12 other produce merchants operating nearby. It wasn’t until 1976, that Jack—who’d taken over four years earlier—moved operations to the Charleston County Market on Wappoo Road. Today, Limehouse is the only one of its dozen original comrades still in business.

“As Charleston’s restaurant scene grew, we grew with it,” explains Jack. In fact, they expanded enough to need an even bigger space—this time a cold storage warehouse in North Charleston—despite competition from mega-wholesalers such as Cisco and US Foods. Yet Limehouse still operates like a small business, with all 62 employees eating lunch together daily. In an era when families struggle to sit down to a meal together, the fact that Limehouse Produce has been doing it for 39 years (since Jack took over) seems like a good sign they’ll be putting food on our plates for many more to come.