A romance—and an album—years in the making formally debuted in February. Here, get to know country duo Sally & George 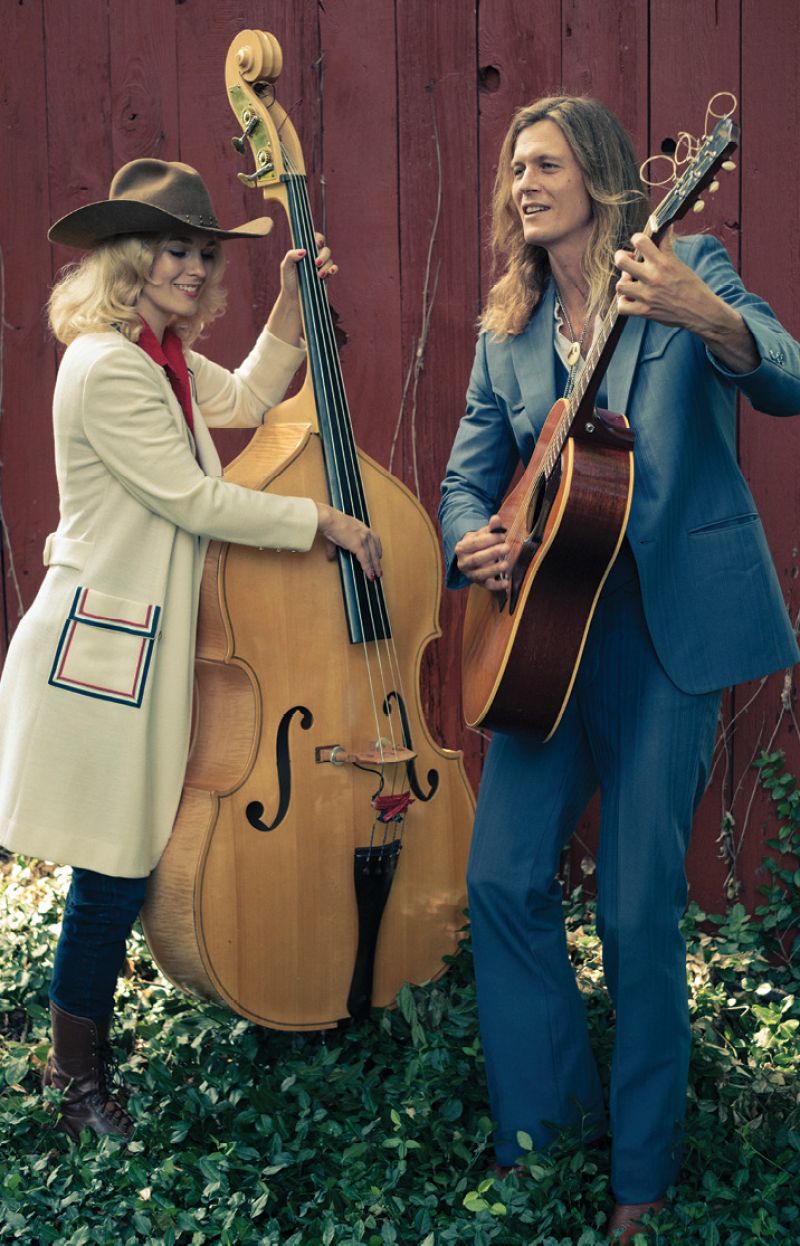 The pair met at a music fest in 2012, but it took a couple years for them to partner up—romantically, and then musically, forming Sally & George and naming it for Means’s “very dapper” maternal grandparents. “We ended up getting a lot of their hand-me-down clothes at the same time we were figuring out a band name, so it fit,” says Means. “Our music is a little bit retro, just like they were.”

In February, the duo introduced its first album, Tip My Heart. A beautifully lighthearted yet fully realized document of their blossoming relationship, it was recorded in Wyoming, Nashville (where Timmons now lives), and at Shovels & Rope’s home studio on John’s Island.

The results bring to mind everything from the rollicking Texas vintage rock of Buddy Holly (check out the title track, which NPR highlighted on “Songs We Love”) to hints of great songsmiths such as John Prine (on “Pipedream”) and Gram Parsons (“Nashville Beach”). Think of outside-the-box male-female duos such as Timbuk 3 and Blue Mountain, and you get an idea of what Sally & George are pursuing.

“I tend to approach song-writing like writing a book report,” says Timmons, “while Shelby is much more fantastical and romantic.” Means weighs in, “The words don’t always make sense, but they hopefully capture how I was feeling at the time.”

Now touring the East Coast, the band stops in town on May 12 to open for Sol Driven Train at Party at the Point. Visit www.sallyandgeorge.com.

Watch the official video for "Tip My Heart":