Longleaf Pine
January 2017
WRITER:
Suzannah Smith Miles
Longleaf pine trees (Pinus palustris) once covered some 90 million acres in the Southeastern United States, including much of South Carolina. Living for up to 250 years and reaching as tall as 110 feet, these conifers created one of the most species-rich ecosystems in the country. But due to factors including over-harvesting, development, and the suppression of the natural fires that for centuries helped to maintain these complex habitats, only about three percent of the original longleaf pine forest remains. Luckily, the Alabama-based Longleaf Alliance is making great strides toward restoration throughout the region, and here in the Lowcountry, progress is underway around the Francis Marion National Forest and beyond 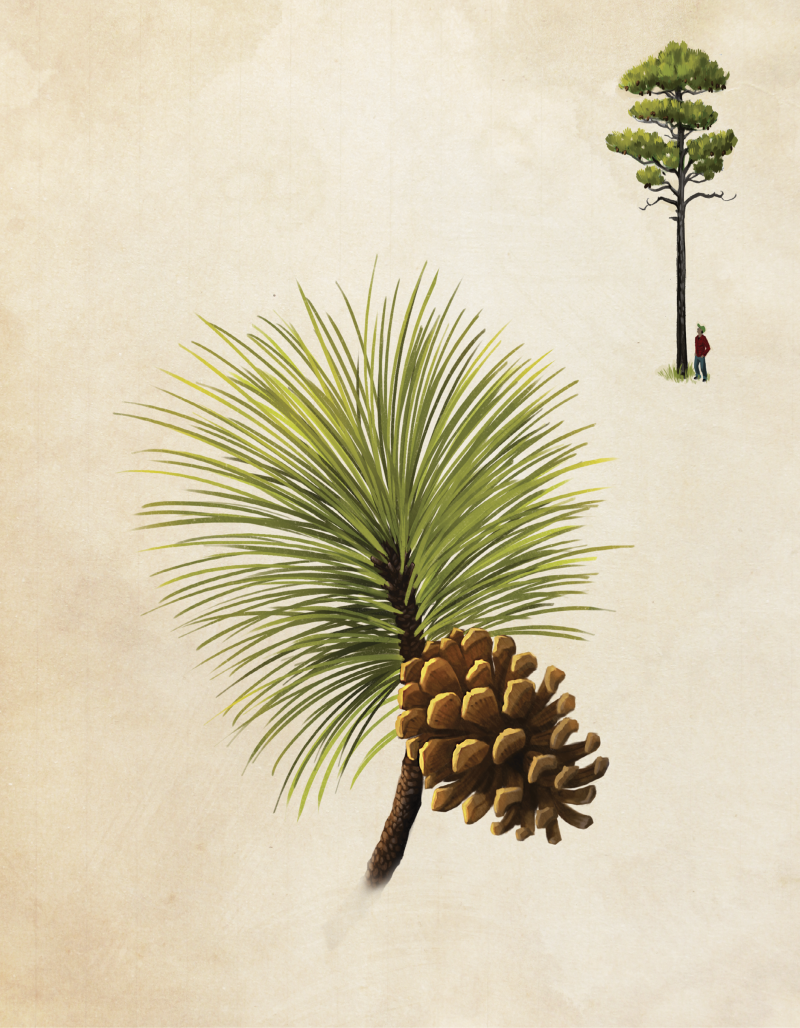 Growing Local
Friends of Coastal South Carolina reports that while longleaf pine ecosystems once comprised approximately 56 percent of the Francis Marion National Forest, they now account for only 19 percent. However, the S.C. Wildlife Federation is among the organizations working to help, currently using three grants to plant longleaf pine seedlings and enhance existing stands across at least 10,000 acres around the forest.

Going Forth
Each tree is equipped with both male and female reproductive parts. Pollen starts shedding in the spring and, once fertilized, woody cones begin to develop. Growing up to 12 inches long, the cones open, allowing the wing-like seeds to fall to the ground in October and November and germinate—if they aren’t first gobbled up by birds, squirrels, mice, or ants.

Hot Stuff
When a ground fire sweeps through a forest, it becomes an asset to these pyrophytes (woody plants with thick, unusually flame-resistant bark) by thinning underbrush and preparing the ground to receive new seeds. Native Americans often set blazes within these habitats to ensure they stayed well-suited to the plants and animals that benefitted their lifestyle, as well as to ease travel and cut down on the chance of large wildfires.

Pitching In
During the 18th century, South Carolinians began to tap these trees’ resin to make turpentine, tar, and pitch (a concentrated form of tar painted on wooden ships to make them watertight), creating a ”naval stores” industry, which centers around goods used in building and maintaining ships.

High Regard
Esteemed for its hardiness and rich yellow hue, longleaf pine lumber has long been favored for making furniture and flooring, as well as for building houses. The material’s popularity led to centuries of over-harvesting, which contributed to the decimation of the old-growth forests.

Standing Tall
Longleaf pines were called “mast pines” in Colonial times because their strength, straightness, and height made them ideal as masts for sailing ships. When the British Royal Navy found a particularly desirable pine, they carved a broad arrow into the trunk to mark it as one claimed by the Crown—a “King’s tree.” According to lore, this is how Kingstree, South Carolina, got its name.

Good Woods
In the mid-1800s, spending the hot, buggy, disease-prone summer “in the pines” was thought to be healthful. Plantation families’ propensity for doing so gave rise to summer resort communities such as Pineville, Pinopolis, Summerville, and Walterboro.

Impossibly thin, subtly sweet, and crunchy with sesame seeds, the benne wafer is a time-honored staple of Charleston cuisine. This delectable edible hearkens back to Africa and to the blending of cultures that resulted from slavery and now defines the city’s unique culinary heritage.

Be a part of history at America’s first theater 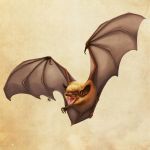 Among the largest of the 14 species of bats indigenous to South Carolina, these creatures of the night regularly set up residence in human houses and outbuildings (but may also sleep away the days inside tree cavities and bark crevices).
Friends of Coastal South Carolina / building / Animals / Longleaf Pine / Birds / Local / sailing / Spring / Plants / disease / Travel / ONE / Summerville