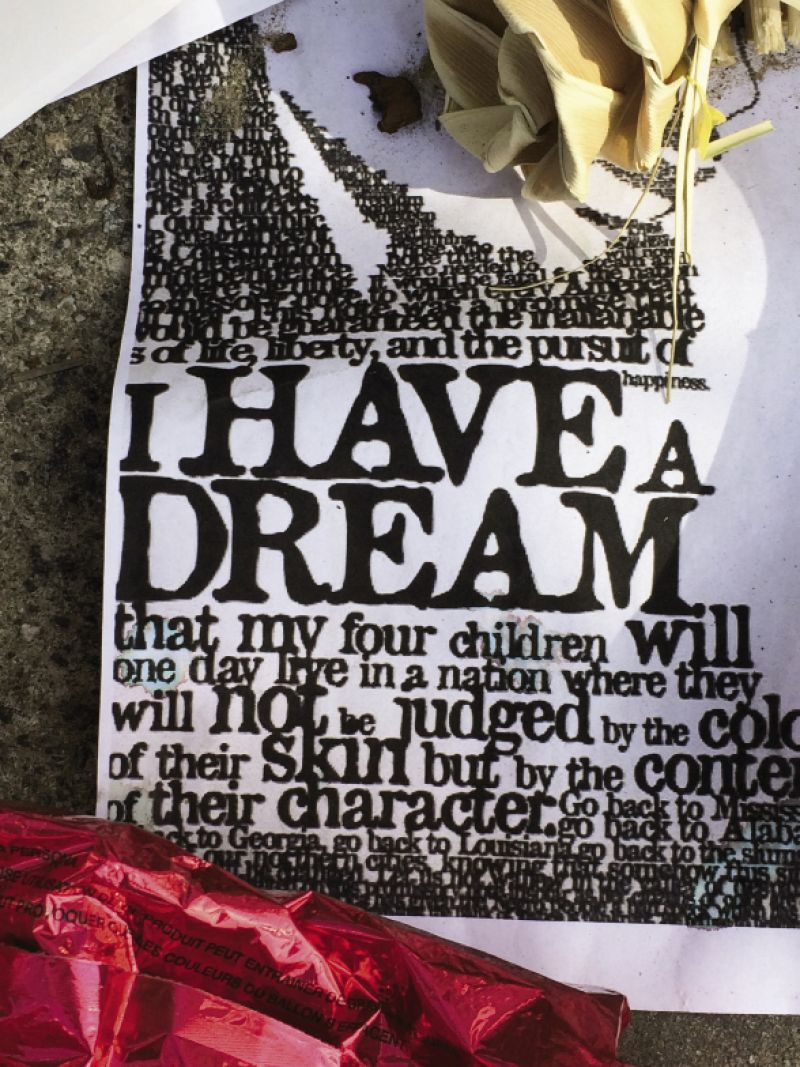 Measuring time is not my strong suit, especially in the summer, when the oppressive heat warps my normal sense of kronos and afternoons can be as long and still as the haze blanketing the horizon. August days feel interminable, but then school buses reappear and I realize the summer has evaporated, gone again, too soon. I shake my sweaty brow at how this happens, how time whizzes and blurs and stagnates all at the same time. How quickly things can change, and how slowly they do not.

This summer’s clock was reset at 9 p.m. on June 17th. And since that tragic, horrific moment, our community, our state, indeed our nation, has been grappling with grief and outrage; we’ve been uplifted by an outpouring of love and grace; and we’ve been confronted by long-simmering, ever-enduring questions of racism’s deep scar not only on our Southern past, but on our present. A past that feels so long ago, until it’s not. Until it’s in our face, in our headlines, in our church Bible study bearing a bowl cut and a gun.

Yes, we have been #CharlestonStrong in our response to these murders, but we have also been #Charleston Wrong in ducking from the less attractive parts of our history for so long.

I had this exact sense of time-warp when I recently happened upon an essay I wrote four years ago marking the Sesquicentennial of the Civil War—a column I’d forgotten about until I was Googling my Aunt Janet’s name along with “United Daughters of the Confederacy,” and it popped up. In the piece, I reflected on my great aunt’s devotion to all things Jefferson Davis and her determination to erect Confederate monuments in small North Carolina towns. I pondered my efforts to understand her motivations, to discount them as “that’s what women did back then...”—a quaint relic of a specific time and place that was hers, not mine—and to recoil from, rather than reconcile, my family’s history.

Four years ago, I wrote: The more pertinent questions are: what is our place and time, what is the call of this moment? How do we spend this inheritance that we did not ask for? I vote to accept and invest it in an enlightened future, with open doors and opened minds. To no longer build monuments but build momentum, toward the future and away from the past. To lower flags that no longer serve us and hoist hope that anniversaries might point toward perpetuating new traditions—of inclusivity, justice, and healing.

But what do I have to show for the four years hence, the 1,460 days that bring us to June 17, 2015? A lot can happen in four years: my oldest daughter has gone to college, and my youngest has grown at least two feet. But have I built any momentum toward inclusivity, justice, and healing? Have we as a community?

In the last four years, I have passed by the H&R Sweet Shop, an African American-run restaurant in my neighborhood, perhaps some 1,400 times, and never gone in. For 22 years, I’ve driven by the Friendship AME Church a few doors down but have never visited or worshipped there. I may recoil from my family’s past, but in subtle ways, uncomfortable ways, I am perpetuating it, too.

Fifteen years ago this month, we raised the Confederate submarine, H.L. Hunley, to great fanfare and ceremony. And in the years since, scientists have been painstakingly removing 150 years of corrosion, using innovative techniques like “subcritical extraction.” Meanwhile we’ve kept other vestiges of our past conveniently submerged. As time passes, the silt gets softer and finer on what lingers down deep, obscuring the shape of racism that lies beneath. It’s murky down there. It can be hard to distinguish between what’s a harmless relic and what’s still a corrosive reality.

Time heals, so they say, and I pray this is true for the families of the Mother Emanuel AME Nine. But time also confronts. It eventually demands a reckoning, and for me this means confronting my own complacency as a woman of white privilege and Southern heritage. Time, this time, demands a “subcritical extraction,” a delving into messy, murky collective memory, that is hard to do.

Yes, we have been beautifully, proudly, and undeniably #CharlestonStrong in our community’s response to these murders, but we have also been #CharlestonWrong in ducking from the less attractive parts of our history for so long. We flaunt our “Best City” accolades but fail to provide quality schooling for the kids selling palmetto roses to tourists. We argue over the height of new upscale buildings, but don’t fix persistent flooding in the housing projects. We toast our celebrated foodie culture but ignore the food deserts in economically disadvantaged neighborhoods.

In her National Book Award-winning memoir Brown Girl Dreaming, written in stunning free verse, Jacqueline Woodson shares her perspective as a young girl—born the same year I was—experiencing the subtleties of race and racism in Greenville, South Carolina. I read the book in January, long before the awfulness of June. She shares small truths and telling moments in profound poetry. I believe her when she writes, “Maybe the truth is somewhere in between / all that I’m told / and memory.”

Somewhere “in between”—that’s where we are. Where I am. Somewhere in between anger and forgiveness, between hurt and healing, between mourning and moving forward, between honoring history and shaping it. I am a white girl dreaming of what Charleston Strong might really look like, not as a hashtag, but as a reality. Not four or 15 years from now, but today and tomorrow. 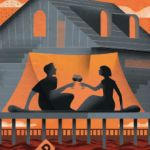 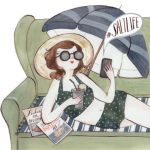 Your Best Summer Yet