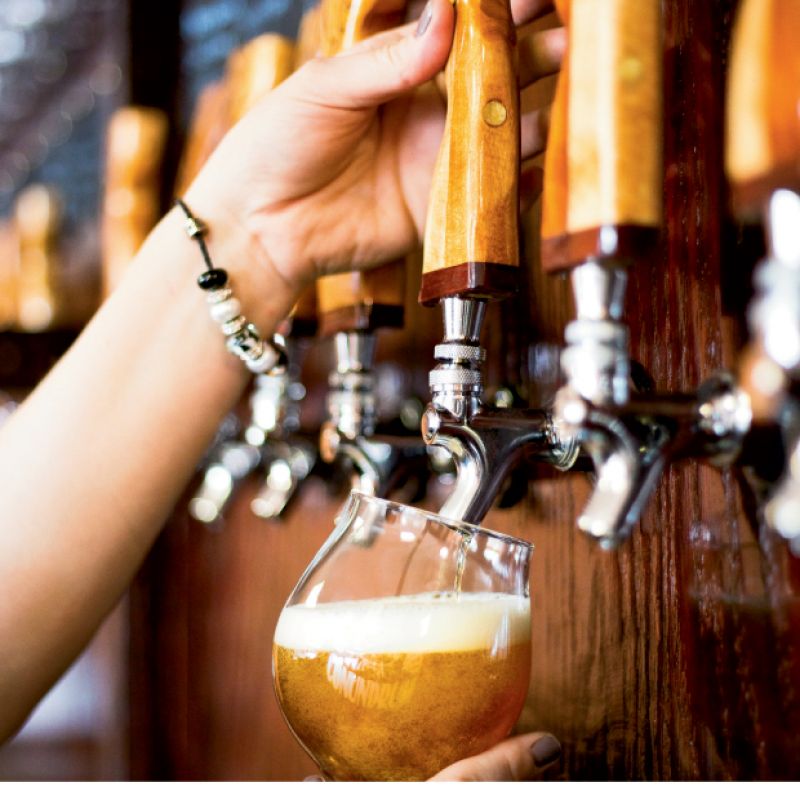 In his twenties, Richard Easterby wasn’t big on beer. He’d sip the occasional Michelob Ultra but considered himself to be more of a bourbon guy­—until his brother-in-law gifted him a six-pack of Bell’s Two Hearted, and his perception of beer was changed forever. “That was my ‘gateway beer,’ the beer that blew my budget,” he says. “It’s an IPA, but without the chew-your-face-off bitterness.”

Now an avowed craft-beer devotee, Easterby loves helping others find their “gateway beer.” And if you already dig craft styles, he wants to introduce you to your next favorite pour. With Craft Conundrum, the new specialty beer store and bar he recently debuted in West Ashley, he’s created a platform for doing just that.

The venture is a five-year dream realized for Easterby and his wife, Karen. Before taking the plunge into entrepreneurship, both were longtime employees of the Piggly Wiggly. Richard was a store operator. Dubbed “the fixer,” he was tasked with turning around unprofitable locations. At the last two stores he helmed—one on James Island, the other in West Ashley—he accomplished this in part by dialing up the beer offerings (think less Bud Light and more Evil Twin, Stone, and Westbrook) and introducing growler-fill stations; Karen worked alongside him in the beverage department, setting prices and writing menus.

The robust suds selection helped perk up profits and draw customers, and soon, six beers on tap weren’t enough. Demand led Richard to design a patented growler-fill system called the “Frankenstein,” which allows him to keep a whopping 160 beers on tap at once.

When the Piggly Wiggly sold off its local stores in late 2013, Richard was left reeling—he’d been with the grocery chain for 17 years. But it didn’t take long for him to find a new outlet for his craft-beer passion: the day after he learned he’d be losing his job, one of his regular customers from the Pig—David Berger, owner of James Island’s How Art Thou Cafe—approached him about partnering up to launch a local craft beer biz, and Craft Conundrum was born. (Berger provides the financial backing, while the Easterbys handle the suds.)

The new spot aims to offer everything that attracted customers to Richard’s beer program at the Piggly Wiggly. A similar selection of craft brews will populate the shelves and, thanks to the Frankenstein system, some 160 options will be available on tap. What’s more, the customer experience will be more personal. Craft Conundrum is both a retail store and a bar, so the Easterbys hope people will stick around to sample a beer flight or bring in their laptops and take advantage of the space’s free WiFi while sipping a brew. They’re also excited to walk customers through tastings and to share their extensive knowledge of styles and breweries. “We actually love these beers—the process in which they’re made, the stories of the breweries, the details of how everything came to be,” Richard says.

Their passion is evidenced by handcrafted touches found throughout the space. Richard built the bar himself using metal roofing and reclaimed wood sourced from John’s Island. He carved the wooden tap handles and even made the beer-flight tasting paddles. And he’s using one of his freehand drawings—an image of a hop leaf and the store’s initials—as the venture’s logo.

“That’s the level of dedication we’ve put into this,” he says. “We set out to create a spot people would be proud to buy their beer from, and I think we’ve been successful.” 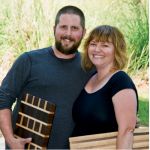 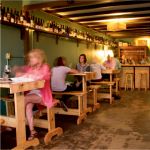