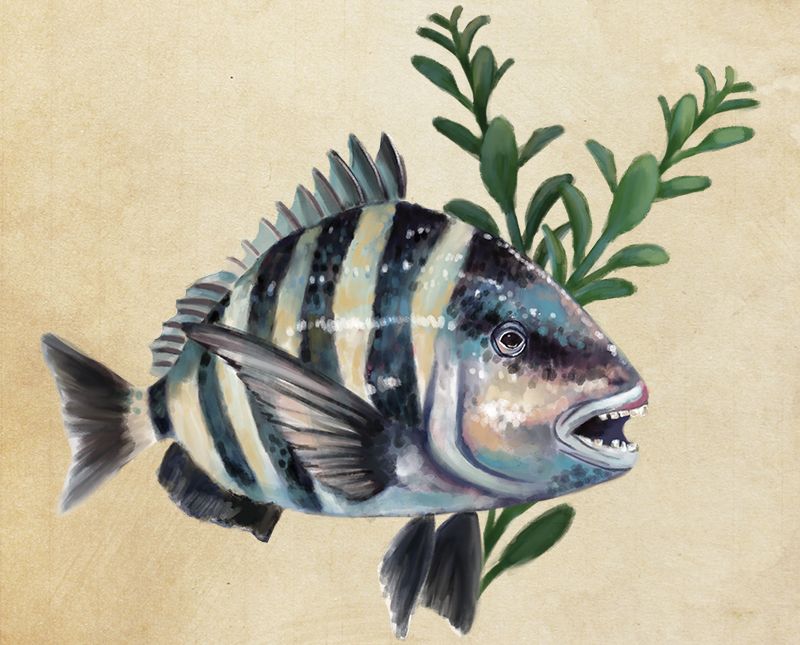 Archosargus probatocephalus might not be the easiest fish to reel in, but once on the table, it makes delicious fare. Found from Nova Scotia to Florida, sheepshead are abundant in Lowcountry waters, particularly around piers and pilings. Unlike other fish that move on to warmer climes when the weather turns cold, they don’t migrate, so the winter months offer some of the best fishing of the year. Dive into more facts about this not-so-attractive, but tasty, catch

WOLF IN SHEEP’S CLOTHING: The common name comes from this fish’s uncanny resemblance to a sheep’s profile. Sheepshead boast a full set of teeth—pearly whites of incisors, grinders, and molars—like those of sheep (and humans). Similar to their distant cousin, the porgy, the fish have a sturdy body marked with broad, black stripes. They can grow almost 30 inches long and weigh a hefty 22 pounds. They reach maturity by about age two and have been known to live as long as 20 years.

NATIVE SPECIES: Given that the sheepshead’s diet consists mostly of shellfish, they are one of the best-tasting fish in the ocean, with a fine white flesh and fresh, almost sweet, flavor. They are delicious broiled, baked, grilled, or pan-seared. For those who don’t care for casting a line, they are easily found in seafood markets, cleaned and ready for the kitchen.

ANGLER’S DELIGHT: Due to careful management, sheepshead are plentiful in Lowcountry waters and can be caught year-round. Since they are found around piers, pilings, and rock jetties, an angler can fish for them without a boat. A  sheepshead must be at least 14 inches long, and the SC Department of Natural Resources limits daily catches to 10 fish per person, not to exceed 30 per boat.

THE BETTER TO BITE WITH: A fully grown sheepshead has incisors at the front of its mouth, as well as three rows of molars in the upper jaw and two rows in the lower. Strong grinders in the rear crush the shells of the mollusks and crustaceans that make up their diet, which includes everything from barnacles on dock pilings to clams, oysters, crabs, and mussels.

JUST FIDDLING AROUND: Fiddler crabs, part of a sheepshead’s diet, are often used for bait, particularly large “china-back” fiddlers found abundantly on mud flats. Clams and other shellfish are also used to lure the fish. Still, any fisherman will tell you it takes a special touch to catch these crafty fish. They don’t chomp at the bait, they nibble.

Get the Lee Brothers’ recipe for this tasty fish 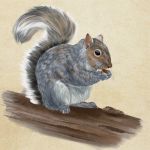 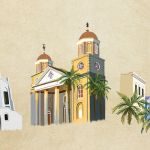