Pineapples
January 2014
WRITER:
Suzannah Smith Miles
Charleston abounds with images of the pineapple—in art, architecture, even notepaper and handmade jewelry. While the city isn’t responsible for making the tropical fruit a symbol of hospitality, its mannerly residents certainly embraced the custom early on and carry it forward today. Here, learn some sweet facts to spout the next time a visitor asks you to snap their photo in front of the iconic Pineapple Fountain at Waterfront Park 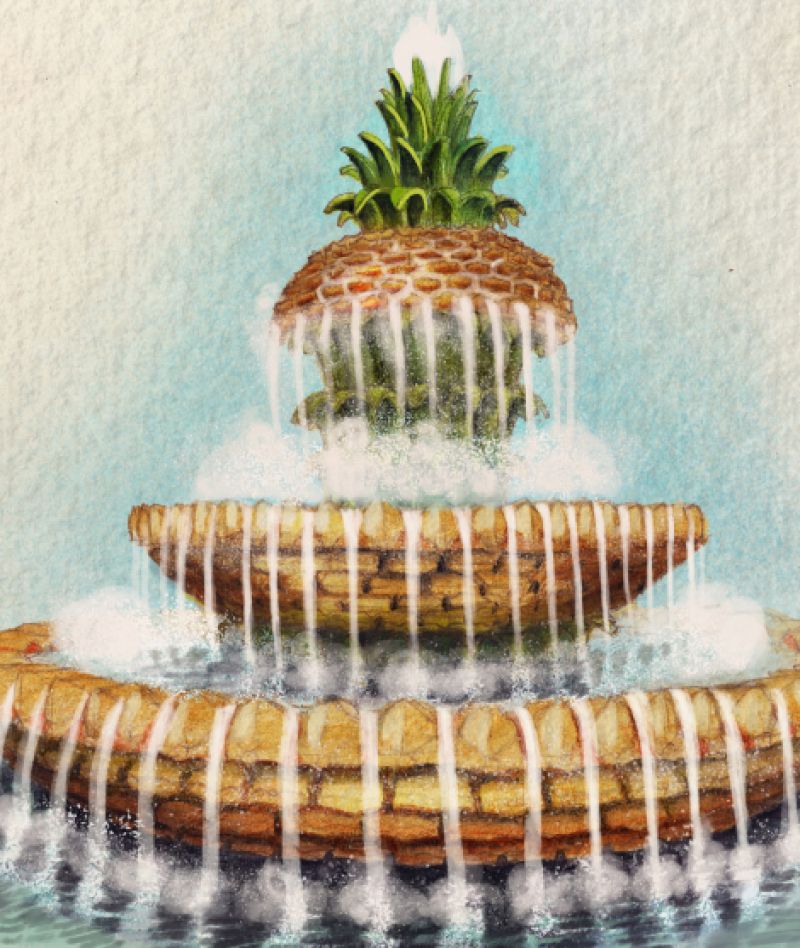 Paradise Found Christopher Columbus is credited with introducing the pineapple to Europeans. In 1493, he and his men came across an Indian village on the Caribbean island of Guadeloupe. The natives had disappeared into the jungle, leaving the makings of a feast, including a fruit so delicious they called it “anana,” or “excellent fruit.” Columbus named it “Pine of the Indies” for its resemblance to a pinecone.

Hospitality Sweet The fruit became a sensation in the American colonies. Since fresh pineapple was hard to procure, the hostess who offered it was making a statement of hospitality and affluence. Brokers even rented out fruits for use in decorative centerpieces.

Sea Faring Early New England sea captains returning from trading voyages began spearing a pineapple atop a stick at their home’s entrance. This signified the successful completion of a venture and said, “My door is open to visitors!”

The Real Deal Ananas comosus is an edible member of the bromeliad family. Fruits develop from purple or red flowers growing amidst waxy leaves.

Gate Keeper Perhaps the most notable example of Charleston’s historic pineapple architecture is at the Simmons-Edwards House at 14 Legare Street. Built in 1816, “The Pineapple Gates” welcome visitors with stone fruits atop the pillars.

Bearing Fruit Colonial artisans and architects began using the pineapple as a decorative motif. You’ll find it on bedpost finials, carved into fireplace mantels, and sculpted into doorway lintels.

Still Makin’ A Splash Hospitality’s been at the heart of Waterfront Park since its May 1990 opening, thanks to the bronze and stone Pineapple Fountain that a team led by Stuart O. Dawson of Boston’s Sasaki Associates incorporated into the public space.

Honorable Mention Since its 1985 establishment, the Charleston Area Convention and Visitors Bureau has presented annual Golden Pineapple Awards to individuals and organizations who promote positive growth in tourism. Among the 2013 winners: the Cooper River Bridge Run and Isle of Palms Mayor Dick Cronin. 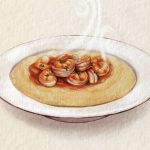 Grits, more commonly called “hominy grits” by Charlestonians, are as much a part of the Lowcountry diet as the shrimp placed atop them (an 1894 News & Courier article stated, “hardly a family in the city does not have this dainty little crustacean served for breakfast”). 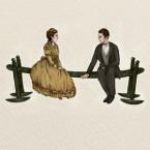