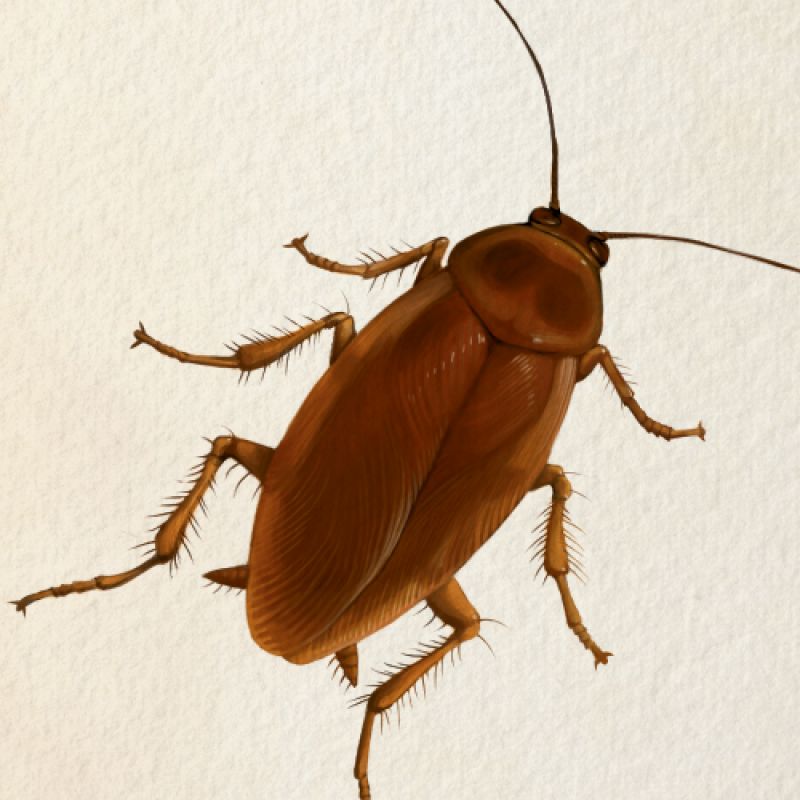 We smack ’em, squish ’em, and squeal over ’em: the Periplaneta fuliginosa, one of the Lowcountry’s most prolific creepy crawlies, which also happens to be among the largest of more than 15 cockroach species in South Carolina (they can grow to one-and-a-half inches long). But have you ever really stopped to think about the palmetto bug—what kind of critter he is and where he gets his name? Read on for the ins and outs of this insect, who after all, should be applauded as one of the few Lowcountry pests that doesn’t bite or sting. Maybe next time, you won’t be quite so bugged when one zips across your path.

Speedy Gonzales This cucaracha can scurry in a hurry, up to 50 body lengths per second or, in human terms, around 210 mph. They don’t travel too far, however, preferring the safety of a pile of dank leaves or the bottom of the wood stack. When seen inside the house, they are generally out of their element.

Born Identity Although closely related to the Periplaneta americana or American cockroach (we have those here, too!), this bug is distinguishable by its size and glossy mahogany color, which helped earn it another common name: the smokybrown.

Night Vision A creature of the night, the cockroach is super-prepared for seeing in the dark. Each insect has a pair of large compound eyes that have more than 2,000 individual lenses.

In a Name  This bug likely takes its common name from its favorite habitat, the dark recesses of the fronds and V-shaped “boots” of palmetto trees. Also known as water bugs, they inhabit wharves and piers and can be seen by the hundreds at night on Charleston’s High Battery promenade.

Flying Machine  Both the male and female are fully winged, and while they aren’t particularly adept at aerodynamics (they have been known to fly straight into a wall), they can take flight when the occasion merits. The wings of the male extend slightly beyond the tip of the abdomen; those of the female are shorter.

Age Defying  The cockroach species has been around since the Carboniferous Era, about 359 million years. That said, the lifespan of an individual insect is short, only about a year. They make good use of this time, with females laying approximately one oblong-shaped egg capsule (called an “ootheca”) a week. Each capsule contains some 29 eggs that take about six weeks to hatch.

Off to the Races  At one time, roach races—with numbers painted on the back of each contender—were a College of Charleston tradition. They were part of a week-long festival dubbed the Roach-a-Thon that began in 1980 as an Alpha Phi Omega fundraiser and continued on until the early ’90s complete with a parade, roach stomp, and dance party.