Horse & Carriage
April 2014
WRITER:
Suzannah Smith Miles
The clip-clop of horse hooves is as much a part of the Holy City’s ambiance as the sounding of St. Michael’s church bells. Equines and mules pulled the carts and carriages that provided transportation before the automobile, and today, the tradition continues with a variety of carriage companies that offer tours of the historic district. Nothing is more “Charleston” than a leisurely horse and carriage ride down the city’s quaint streets 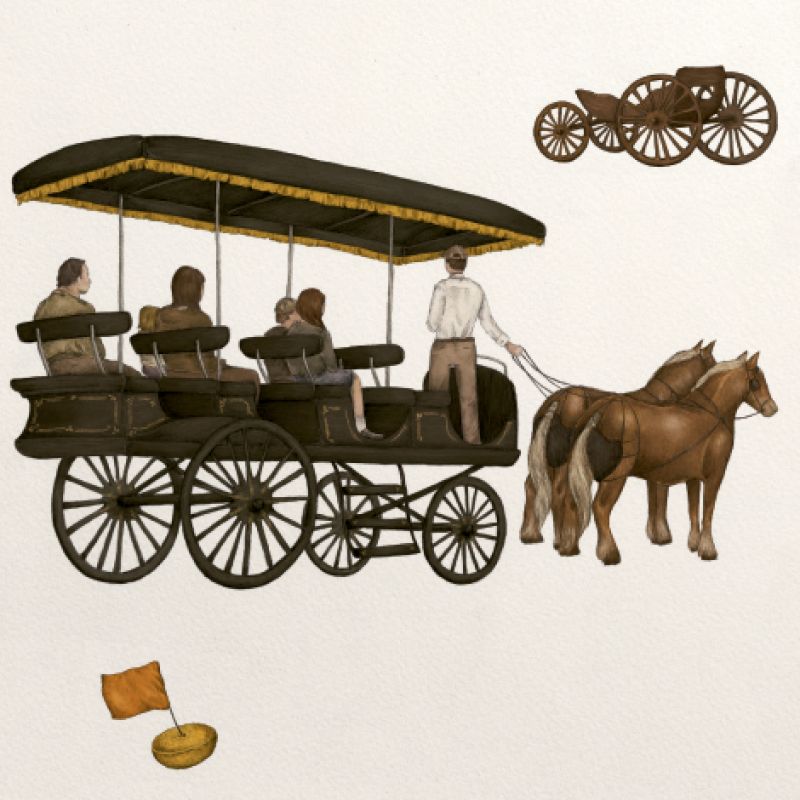 Just Say Neigh When the temperature reaches 98°F, carriage tours are halted. Each animal is also monitored individually to make sure his internal temperature is healthy. If he gets too hot, he is pulled from service and cooled down.

A Blind Eye Blinders, also known as “blinkers,” are often placed on each side of the horse’s head to keep him focused on what is in front of him and to prevent spooking from actions around him.

Leading the Way The first local horse and carriage tours were conducted by Harry Waagner, known as “Mr. Waagner” to locals. From the late 1940s until the ’70s, he was a popular fixture at the Battery where Meeting Street ended. The fare was 50 cents, and for special occasions such as weddings, he donned a top hat.

Hushed Puppies The horses and mules wear rubber-coated shoes designed to quiet the clomping and lend better traction on hard surfaces. These horseshoes are changed regularly by a farrier, a specialist in equine hoof care.

Necessary Nappies By the mid-1970s, the number of carriage tours had grown to such an extent that the city earned national news attention by demanding the animals be diapered. When a horse leaves a calling card of a more liquid variety, the driver drops an orange flag on the street, alerting sanitation workers to wash the area.

Draft Picks Today, five local companies use horses and/or mules to pull carriages on tours. The equines are primarily Percheron and Belgian draft horses, known for their immense size and strength as well as gentleness, intelligence, and willingness to work.

High Stepping Getting in and out of carriages often required use of a large rectangular “upping stone,” or “carriage step,” and you can still find these on downtown sidewalks near doorways. At least 105 of these steps—made of brownstone, limestone, granite, and marble—remain in public areas on the peninsula, according to a 2013 report by College of Charleston student Craig Garrison.