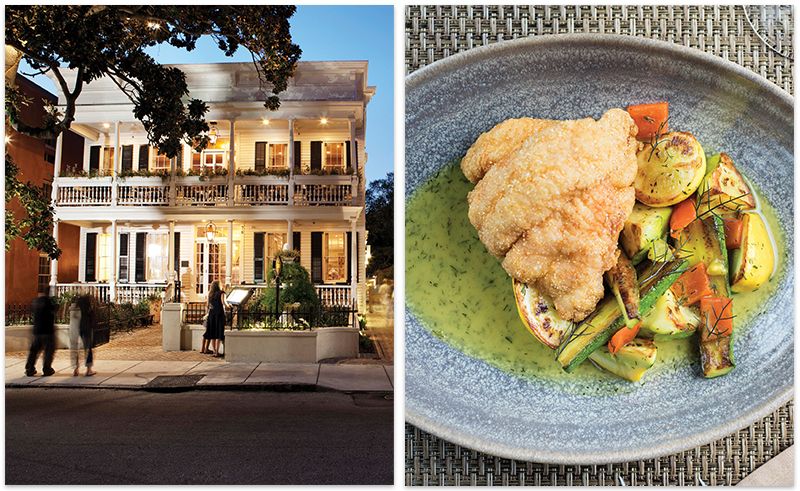 Twelve years ago, chef Sean Brock led Husk to national fame with a penchant for pork and pickling, and a menu sourced solely from the South. His successor Travis Grimes sustained the Queen Street restaurant’s reputation as one of the most coveted reservations in town when he took over in 2015. And in March, former Tavern & Table chef Ray England, an Idaho transplant by way of Los Angeles, where he worked under Tom Colicchio at Craft, stepped into those esteemed kitchen clogs. England, who grew up on his family’s cattle farm, brings the same reverence for regional purveyors to the job, as the epic list on the chalkboard—Abundant Seafood, Broadbent Ham, Marsh Hen Mills, to name a few—can attest. What’s more, he deftly plays their ingredients off each other in dishes like the salad of perfectly ripe heirloom tomatoes, peaches, and peanut crème fraîche; porchetta with sofrito-braised beans and fennel (a heavenly take on Southern pork and beans); and cornmeal-fried catfish with butter bean hoppin’ John and tomato gravy. Pastry chef Shianne Wadsworth also wows with imaginative spins on the South’s favorite summertime produce, such as charred corn ice cream topped with popped miso sorghum and a Carolina peach cake with pink peppercorn meringue, peach leaf ice cream, and embered peach compote. The drink list is just as thoughtful: a flight of Charleston whiskeys highlights the local distillery scene and a special section features “Amendment XVIII cocktails” (read: zero proof), including the “water-mule’in,” a watermelon, ginger beer, and mint refresher. Suffice to say, tables at Husk won’t be any easier to nab but are still well worth the wait. huskrestaurant.com

Chef Ray England (pictured above left) has taken over the reins at the Queen Street stalwart, keeping sacred the restaurant’s commitment to source solely from the South and emphasizing wood-fired dishes, such as this garlic-honey- glazed half chicken (above right). 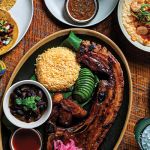 New & Notable: Find fresh seafood with unbeatable marshside views on Isle of Palms, plus the return of Minero 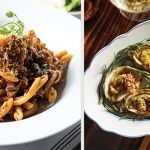 New & Notable: A nostalgic seafood spot opens on Sullivan’s, and chef Nico Romo debuts Laura, an ode to his Italian grandmother, in Summerville 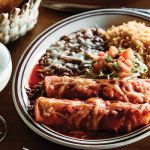