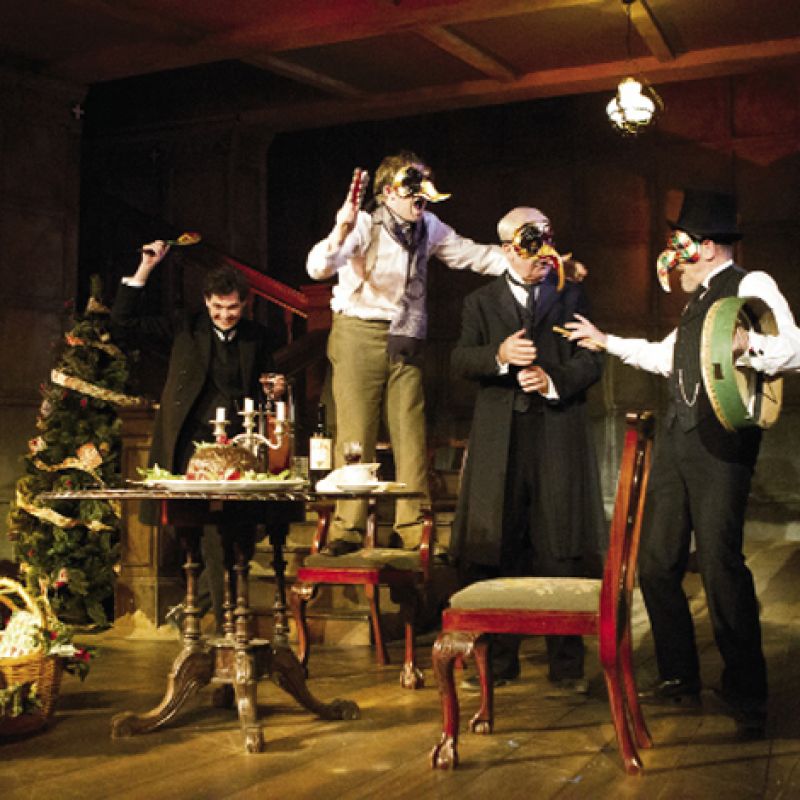 The Dock Street, we think, is pretty much the perfect venue for any production, but the period pieces that the Gate Theatre excels in are particularly well-suited to the historic theater’s amber-hued Old World ambiance. Mystery, edge-of-your-seat intrigue, ancient mythic forces, gorgeous costumes and sets, all imbued with tart British accents and voilà, My Cousin Rachel delivers a needed live-theater fix for our Downton Abbey obsession.

The Gate’s expert ensemble always wows Spoleto crowds with superb acting, even when the play itself may be lackluster, which isn’t the case with Rachel. Based on Daphne du Maurier’s electrifying 1951 novel, adapted for the Gate by James O’Connor, it is a story of seduction, deception, and the demise of a great estate set in mythic seaside Cornwall. The mystery’s main character, Philip Ashley (Charleston relatives, no doubt), investigates his guardian’s murder, yet falls under the exotic Rachel’s spell even as he suspects her villainy. Intrigue, lust, and laughs—treat yourself.

THE GATE WAY: The Gate Theatre has been an artistic, architectural, and cultural landmark of Dublin for more than 250 years, and its theater company, established in 1928 by Hilton Edwards and Micheál MacLiammóir, has become a Spoleto mainstay. Known for its rich repertoire of modern and Irish classics, including all of Beckett’s 19 plays, the Gate continues a prestigious legacy of formidable acting. It launched greats such as Orson Welles and James Mason, for example.

Director Michael Colgan admits he had initial reservations back in 1990 about bringing a production to a small, out-of-the-way South Carolina venue. But developing a long-standing relationship with Spoleto has been “one of the best things I ever did,” Colgan told the Associated Press in 2003. “The members of the Gate love returning to Charleston,” he said. “The audience is warm, the people are warm, and the place is beautiful.”