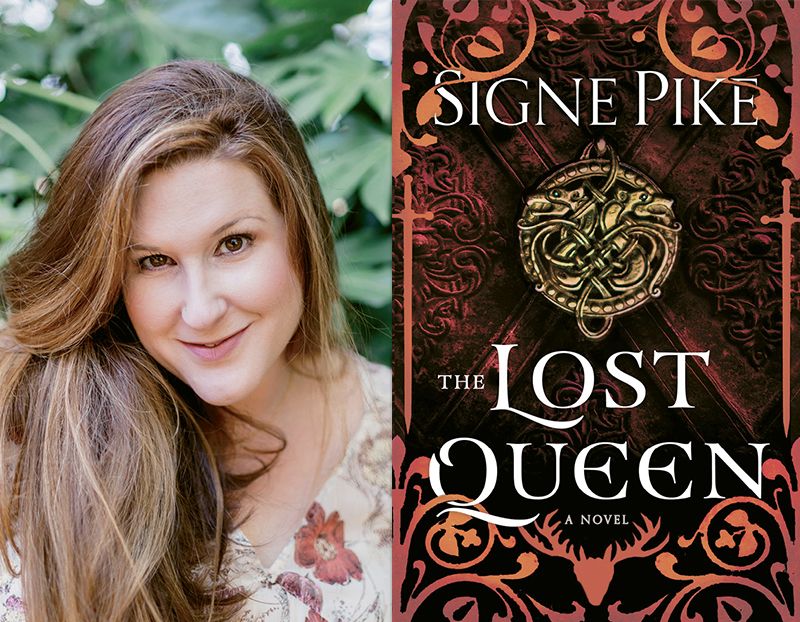 On a private farm in The Scottish Borders, Charleston writer Signe Pike grasped between the barbs of a wire fence, using it to pull herself up a steep and muddy hill alongside Adam Ardrey, author of the nonfiction books Finding Arthur and Finding Merlin. They were climbing to the site of “one of the most important and bloodiest conflicts in Scottish history that no one remembers,” says Pike. And of all the field trips that went into researching The Lost Queen, due out September 4 from Touchstone, this one “touched closest to the bone,” she admits.

The sixth-century Battle of Arderydd forced the husband and son of a powerful queen, Languoreth, to draw weapons against her twin brother (who Ardrey suggests inspired the legend of Merlin). It was learning of this heartrending event that inspired Pike to write her novel, the first in a trilogy. Having already immersed herself in Celtic history and folklore for her 2010 travel memoir, Faery Tale: One Woman’s Search for Enchantment in a Modern World, the former acquisitions editor devoted nearly six more to convening with archeologists during trips to Scotland, poring over ancient Welsh poetry, analyzing research studies—anything she could think of to track down clues about a time period that left little physical evidence.

Pike then wove her findings into a gripping tale that begins when Languoreth and her beloved brother, Lailoken, are children; travels through magic-laced moments in the Scottish countryside, secret love affairs, and bold adventures amidst violent insurrection; and ends on the brink of that monumental war. Some readers may be put off by cliché phrasing and wonder if one can possibly see as much in another’s eyes (“a shadow of fear” or “a flicker of hope”) as Languoreth does at every turn. But put aside these small complaints: you won’t regret losing yourself in this fast-moving story. Locals can snag a copy during a September 2 launch party hosted by Buxton Books at the Harbour Club. Tickets ($55), which include a hardback book, drinks, and heavy hors d’oeuvres, are available at signepike.com. 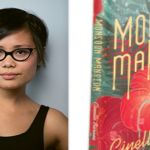 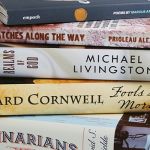 From a laugh-out-loud memoir to historical fiction by a best-selling author, local—and locally connected—writers have turned out tomes on a vast range of subjects in recent months. Here, find your next read 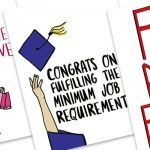