MEADWESTVACO
January 2014
PHOTOGRAPHER:
Mac Kilduff
Creating the communities of tomorrow (while stewarding the landscapes of today) 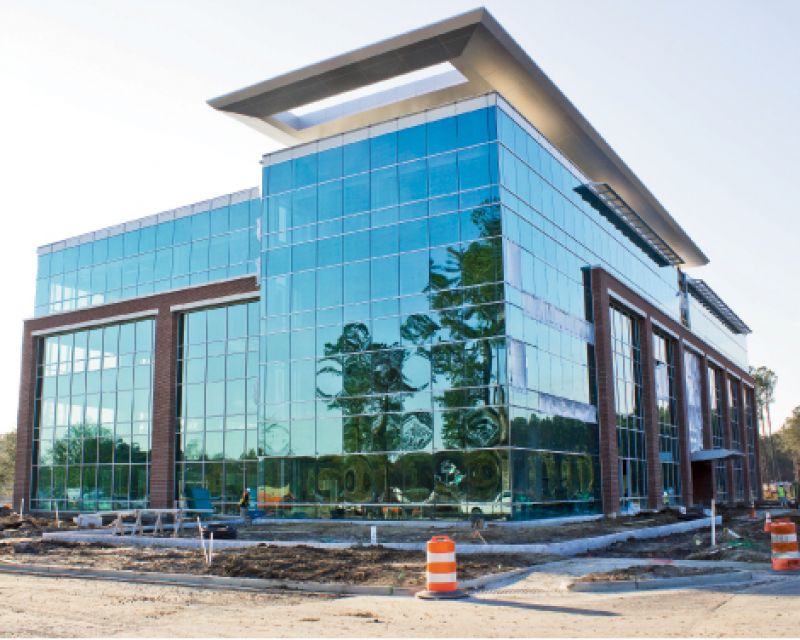 What would you do if you won the real-estate lottery and suddenly owned, say, 100,000 or so acres in and around one of the most desirable locations in the country? What if a chunk of that was located smack at the bull’s-eye of where projections indicate 50 percent of all regional population growth will take place, and oh yeah, also at the epicenter of one of the key interchanges on I-26—the state’s primary economic artery (Exit 199, near the intersection of Highways 17A and 176)?

The stakes would be high; business choices—Sell fast, get out rich and quick? Consider land and community stewardship in the equation?—and development decisions would likely have broad impact on the broader community over the next few decades. This is exactly where MeadWestvaco (MWV) finds itself.

Remember them? You may think of MWV as the kraft paper mill, the massive steam-belching industrial complex just north of the Don Holt Bridge on I-526? Well, not anymore. And actually not since 2007-2008, when MWV sold their paper mill to KapStone. Today, however, the company remains a key economic and environmental player in the Lowcountry, building on a century-old legacy as one of the region’s largest employers and largest landowners—at one point owning some 270,000 acres in South Carolina. Only now they’re not maintaining mega-acreage for paper and pulp production, they’re reshaping the actual lay of the land. Consider what they’ve got planned for Nexton, a major new economic and residential hub between Charleston and Columbia—essentially a created-from-scratch, 4,500-acre, 21st-century community.

Nexton’s tagline invites you to “imagine what’s next,” and Ken Seeger, the head of MWV’s Community Development and Land Management division, takes this seriously. Nexton, he says, will be at the forefront of technology as South Carolina’s first “One Gig Community” with 100 percent high-speed fiber-optic infrastructure for homes and businesses, offering computing speeds not yet available anywhere else in the state. Homes, schools, and LEED-certified offices will incorporate state-of-the-art sustainability practices. Parks, bikeways, and pedestrian facilities will be integral. MWV even acquired its own tree nursery with 17,000 mature trees to add to existing, preserved trees so Nexton, despite its more contemporary architecture, will immediately have the feel of an established, mature neighborhood.

“We want to support the jobs of the future, and attract the software and knowledge-based businesses that are increasingly looking at the Lowcountry,” says Seeger, who believes that by providing the most technologically advanced infrastructure—as well as quality homes, schools, restaurants, hotels, a medical complex, and healthy-living opportunities with bike lanes and walking/running trails, all at a lower price than what’s available in downtown Charleston—many of these companies and others will choose Nexton. Based on South Carolina Research Authority (SCRA)’s decision to relocate there, he may be right.

This focus on economic development is one of the things that sets Nexton apart from typical developments. “We always begin with studying the land and its context, always looking at environmental sensitivity. Our goal is to build the right thing in the right place,” says Joseph Barnes, MWV’s director of design. “We’re leading with jobs first. We have the advantage and opportunity, because of where Nexton is located, to create a significant job center that will be beneficial to the broader region and local municipalities. It’s what the community has told us they want—jobs first,” he says. The 100,000-square-foot MWV/Rockefeller Office Building, the first actual Nexton brick-and-mortar structure (or mod steel-and-glass, rather), is well underway.

In addition to being a commercial and retail hub that will include a Techonology Advisory Panel and an Innovation Station, Nexton is designed to be home to more than 20,000 people. Incorporating well-designed and well-priced homes in close proximity to a commercial hub is central to Nexton’s futuristic vision—“a modern town with a small-town feel,” where people can walk or bike to drop their kids at school then mosey on to work, without fighting traffic. Employee proximity and a sense of live-work-play connectedness will also benefit businesses from an efficiency and employee satisfaction standpoint, the planners believe. Barnes, whose past work includes the I’On Community in Mount Pleasant and Celebration, Florida, is particularly focused on what he says is Nexton’s signature element: the way the homes, businesses, and parks will all weave together with the landscape. “We pay close attention to the quality of the streetscape and the public realm, how places feel when you are walking or biking through them,” Barnes says.

Nexton, when built out, will be a gleaming Gen Next complement to the more traditional and rural East Edisto, MWV’s 78,000-acre, conservation-minded, master-planned development that borders the ACE Basin. “We don’t look at our projects as stand-alone developments,” says Seeger. “We see our work as a holistic partnership with the region. We aren’t creating growth; we’re responding to it in a way that will create aspirational, high-quality living environments and provide well-planned places for future growth.”