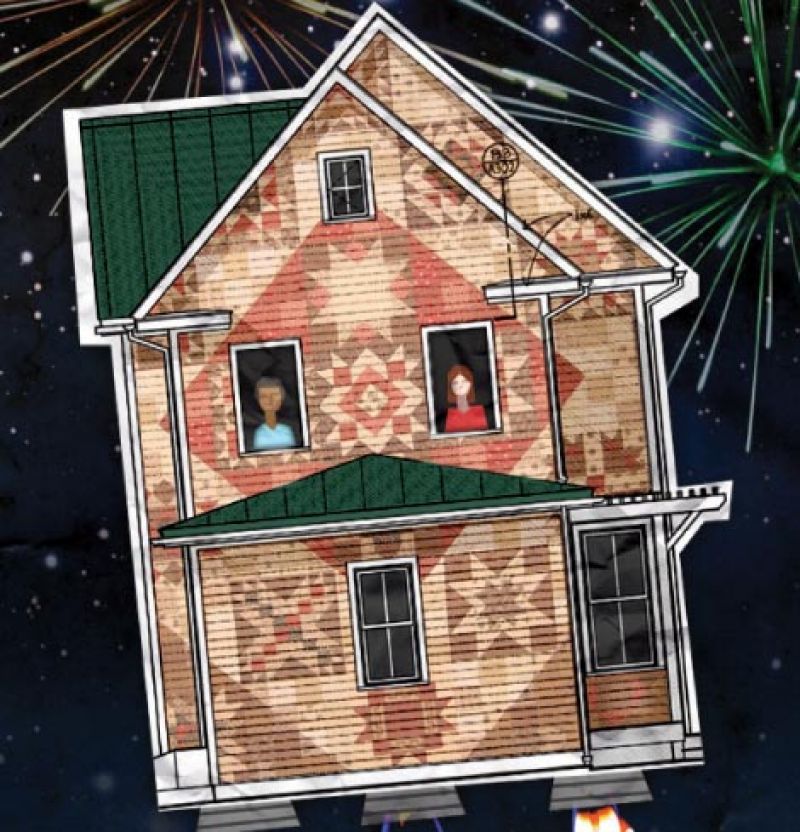 Name a street in this city, and I’ve probably lived on it. Gibbes, Coming, Kracke, Meeting.... So strong was the power a new Charleston apartment held over me, I once shoved a full-size mattress inside my Mitsubishi Mirage. By myself. In July. Blame it on a combination of architectural curiosity and a rampant case of wanderlust, but for nearly a decade, I treated the peninsula like my own personal flophouse.

There were those first few days bunking at 13 Coming, the College of Charleston’s historic student housing. Night one a roach fell on my face—a sort of palmetto bug baptism initiating me into the Holy City. Then, after freshman year, I informed my parents that I’d found an apartment for just $350 a month! “Where is it, sweetie?” my father asked. “On Kracke Street.” Silence. Then laughing, he said, “I’m sorry, I thought you said ‘Crack Street.’” Uh, I did. (Incidentally the only scary thing on Kracke was the state of my upstairs neighbors’ apartment. Three boys, one bathroom, too many pizza boxes in that bathroom. I’ve already said too much.)

To my family’s great relief, a third-story jewel of a studio on Meeting Street came next. As I dropped my final moving box on the floor of the tiny abode, with French doors separating the bedroom from the living room/kitchen and stained-glass windows overlooking the old CofC tennis courts, the landlord told me the building had once been a mortuary. For a time I thought I could hear the ghostly moans of those once embalmed. Then I realized the noises were, in fact, those of the amorous couple next door who shared my bedroom wall.

Stints on Wentworth, Henrietta, and Beaufain followed until I moved in with my boyfriend (now husband) on Elizabeth Street. From there, we’d walk to Rue de Jean for Sunday brunch, make wishes at the Chapel Street Fountain Park, and look out at the Aiken-Rhett House from our porch. It was perfect, until we decided to take on a roommate, an exchange student from Versailles named JoJo. There are really only two things to know about JoJo: He loved the band Queen and had a penchant for sitting in the house with all the lights off. Let me tell you, you haven’t known fear until you’ve walked up the stairs of your pitch-black home at two in the morning only to be startled by a diminutive Frenchman singing, “Veee are the champions.”

A two-year grad-school trek to Vermont took us away from our beloved Charleston. But upon return, we discovered a townhouse for rent in Wagener Terrace. The Ashley River lapped against our backyard, and on Fridays the sound of a boom was our cue to slip outside and watch the RiverDogs’ fireworks display in the moonlight.

I could have kept up those vagabond moves indefinitely had it not been for the sudden and rather startling itch to own a little piece of this peninsula. Time to put a ring on my longtime love, which uncovered a whole new part of this slip of land, an area I lovingly refer to as “NoCe” (North Central). There, tucked between Rutledge and King, we found a 1,000-square-foot 1930s Craftsman-style cottage. There’s no view of historic mansions, rather we wave to our adorable six-year-old neighbor playing in his yard. Our lawn is fountain-free, but we just planted Confederate jasmine and are saving up to build a patio. And palmetto bugs, the armored infantry of the insect world, still attempt to shack up with us from time to time.

There are walls that need painting, a bathtub that could use caulking, and a pantry that’s irritatingly sans door. But there’s also a man, a dog, and a piece of paper that says we have 30 years to make it ours. Of course, if I come home to a dark house one night and find my husband channeling Freddie Mercury à la “Bohemian Rhapsody,” well, consider me couch surfing again.