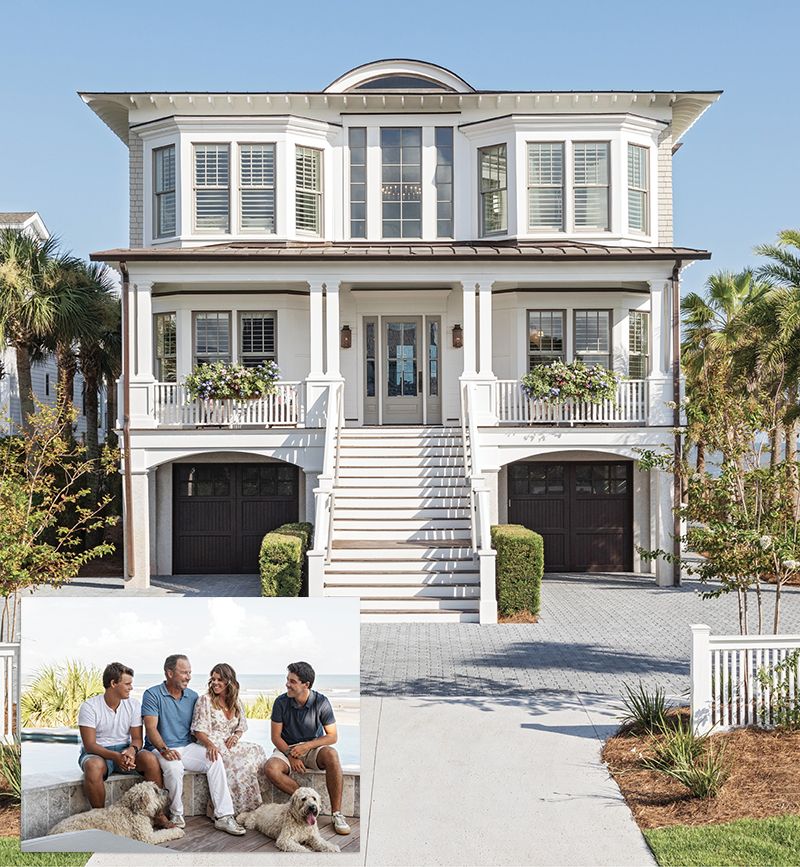 Like pluff mud, the Lowcountry can draw you in. Just ask Amy and Tom Leonard, who lived in West Ashley three decades ago, while Tom served at the naval base in North Charleston and Amy earned her master of arts in teaching from College of Charleston. “We lived here for three years at the start of our life together and have spent the better part of the last 30 trying to find a way to get back,” says Tom, as he and Amy sit in the bright and breezy living room of the Isle of Palms retreat they bought last year. Behind the friendly pair is a wall of windows, through which their 17-year-old son, Connor (the youngest of three), can be seen splashing about in the eye-level infinity pool. Past the cool-blue water stretches to the Atlantic—a transition that’s nearly indiscernible.

Though the Leonards’ first chapter in Charleston was brief (and busy!), they embraced it—lounging on Folly and seeing live music whenever their schedules allowed. When the Navy closed the local base, the college sweethearts moved to Virginia to finish out Tom’s time in the service, then on to Ithaca, New York, where he earned an MBA from Cornell. Tom’s career took off, ushering the couple and their sons, Matt (now 23), Ryan (20), and Connor, across the country. They’ve lived in eight states and currently call San Diego home. “We’ve lived in a lot of great places, but Charleston has always been at the top of our list,” Amy notes.

When Ryan considered attending CofC in 2018, the idea of a home here moved from a someday dream to a potential reality—so much so that the Leonards tapped real estate agent LeGrand Elebash to help them house hunt. The family loves to boat, so they initially considered properties with deep water docks on Daniel and James islands, but none felt right. In the months that followed, their son decided not to come to school here, so the idea simmered until spring 2020. “The pandemic provided an opportunity for introspection,” says Tom. “We both have aging parents who live on the East Coast, and it was getting hard for them to get out West—then COVID took travel off the table completely. We thought, ‘Life’s short, and you see how fragile it is—let’s make the move now.’” 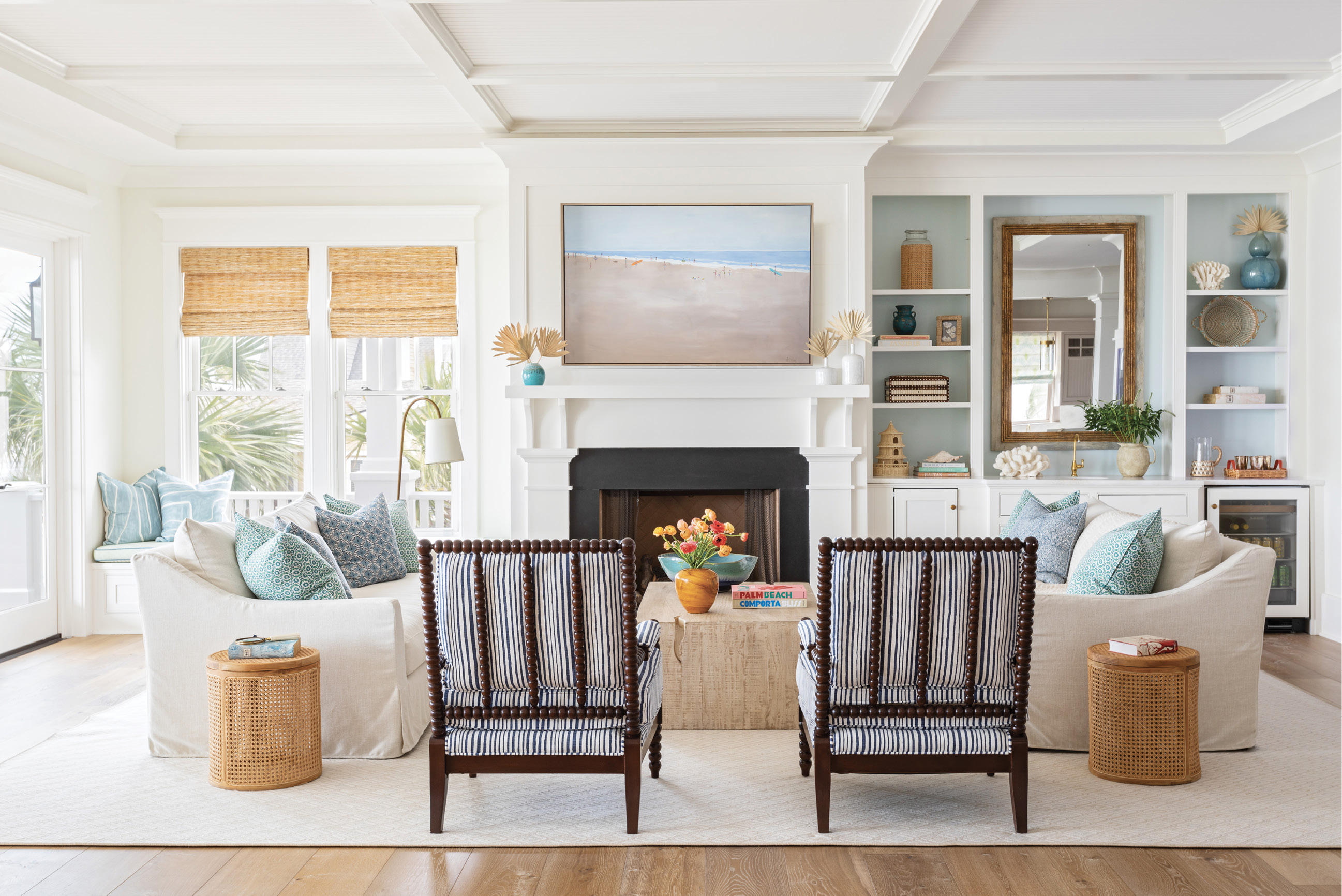 Oceanside Oasis: In the heart of the home, natural elements—like a wooden coffee table from Celadon, cane end tables from GDC Home, and a wool rug—mix with performance fabric-outfitted furnishings for an unfussy, beach-friendly vibe. A beach scene by Shannon Wood, pillows from Celadon, and the wet bar’s back wall—painted Benjamin Moore’s “Ocean Air”—underscore the sea-inspired palette.

They resumed their search, still unsure of where in town they wanted to buy. But when a grand seven-bedroom, oceanfront house on IOP hit the market, their vacation-slash-
retirement-home vision came into focus. “We saw the listing and said, ‘Okay, we know what we want,’” recalls Tom. “We put a contract in sight unseen,” adds Amy.

The beach house’s layout and prime location were perfect for the family. But aesthetically, the early-2000s design needed work. Luckily, LeGrand’s wife, interior designer Allison Elebash, was well-suited for the job. “We were on the same page from day one,” says Amy. “It was an immediate, ‘I know what you want.’”

What they wanted was an inviting, unfussy house filled with calming colors pulled from their beachfront backyard; one that could sleep their extended families and host holiday gatherings for decades to come. Allison, who’s a seasoned pro at creating coastal oases, knew how to deliver. The curve ball? The family wanted to enjoy their home as soon as they closed on it in July 2020, giving Allison and her team roughly six weeks—during a global pandemic—to furnish its 7,300 square feet.

Once Allison and the family landed on an aesthetic (“soft coastal meets California cool”) and a color palette (blues, greens, sand, and sunset hues, plus lots of white), the designer hit the ground running. “I spent a week scouring local showrooms, and we bought everything we possibly could right off of the floor,” Allison says. Sky blue Italian leather barstools from Acquisitions Interiors were a perfect fit for the curved kitchen island; airy cane end tables from GDC Home brought warmth to the living room.

When the Leonards arrived on the evening of closing day, they were in awe. “‘Nice camping’ was what I was planning to do on that initial trip,” says Tom. “But Allison got this whole place cleaned out, stripped out, filled with furniture, and 80 percent decorated in just a couple of weeks. It was one heck of a piece of logistics.”

After the family’s initial stay, the design team started on phase two of the renovation. Cosmetically, “every single thing was changed,” says Allison. Dark cherry floors were replaced with engineered European wide-plank white oak, which did wonders to lighten the space, not to mention make it more sand- and fur-friendly. The house was painted inside and out, and appliances, hardware, kitchen countertops, backsplash, and all but one of the light fixtures in the home were updated. In the dining area, windows were knocked out and replaced with French doors. “It was dark, and there was no flow,” says Tom of the before. “Now it’s the first door you walk out of.”

Outside, Nautilus Company reinforced and resurfaced the aging infinity pool and swapped slippery travertine tiles for weather-resistant ipe decking. The driveway was moved to line up with the front door, making it more functional and symmetrical, and GrandScapes replaced an overgrown landscape with a thoughtful design by Ink and Moss. “We had Fourth of July catered this year and that was the overflow area for the teens,” says Amy, pointing at a new patio in the grassy backyard.

While much of the decor came from that initial hunt, specialty pieces like a Restoration Hardware dining table, custom draping, and punchy coastal art have trickled in over the past year. “We worked our installs around their travel schedule,” Allison explains, adding that they plan to renovate bathrooms this fall. 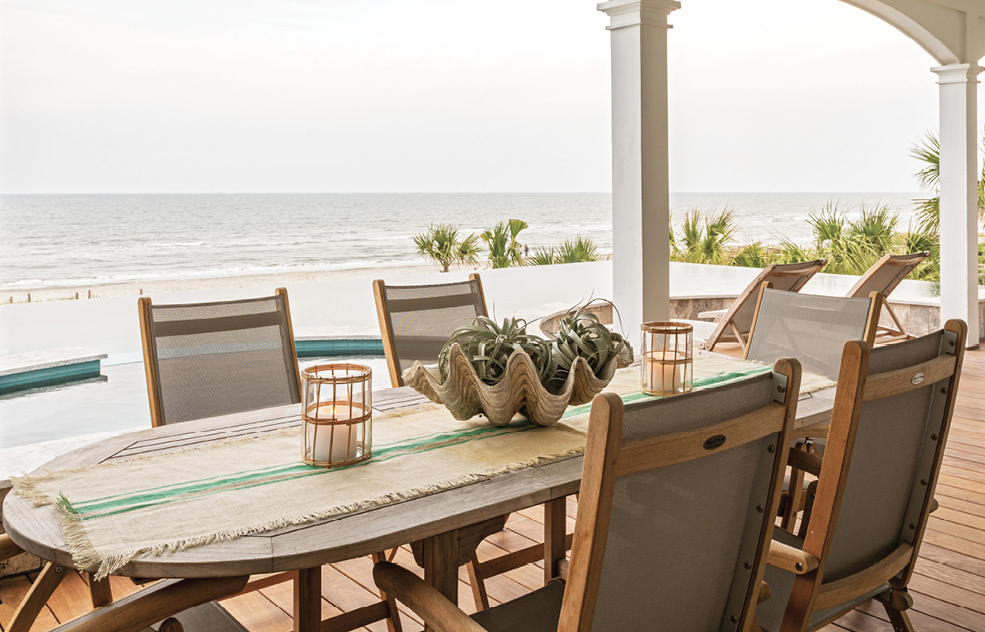 The porch, dressed in chaise lounges and a dining set from Teak and Table, provides a shady spot where all generations of their extended families mingle—from the couple’s young nieces to their parents.

The house—which they’ve dubbed “Full Circle”—is proving an idyllic backdrop for the second chapter of the Leonards’ Lowcountry story. Mornings start with a sandy walk to Breach Inlet and back with their pups, followed by coffee on the porch’s rockers. Tom and Amy have designated The Dinghy as their new go-to spot for live music, and the family golf carts over to Papis Taqueria or Sullivan’s Island for most dinners. A pair of gliders in the living room’s bay window are the most popular seats in the house, a comfy perch from which the couple watches ships cruise by and storms roll in at night. (The boys typically unwind in the game room, or climb the outdoor spiral staircase to the roof, where one can spy the Ravenel Bridge.)

Ryan, who walks in tanned from a day of fishing, is transferring to the College of Charleston this fall. His parents will join him as primary residents here come 2023 when Connor graduates high school. “We’ve been here a lot—more than anticipated,” says Tom. “Well, that’s because we like it,” laughs Amy. “We’ve already brought friends and coworkers here, and we’ve both had our entire families.”

For Allison, that revolving door is the highest compliment. “There’s nothing more gratifying to me than seeing clients using their house, hosting family, and being happy with the end result,” she says. 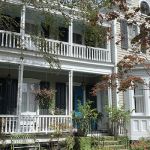 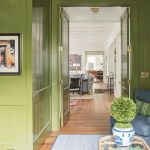 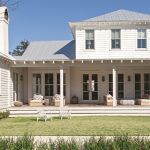