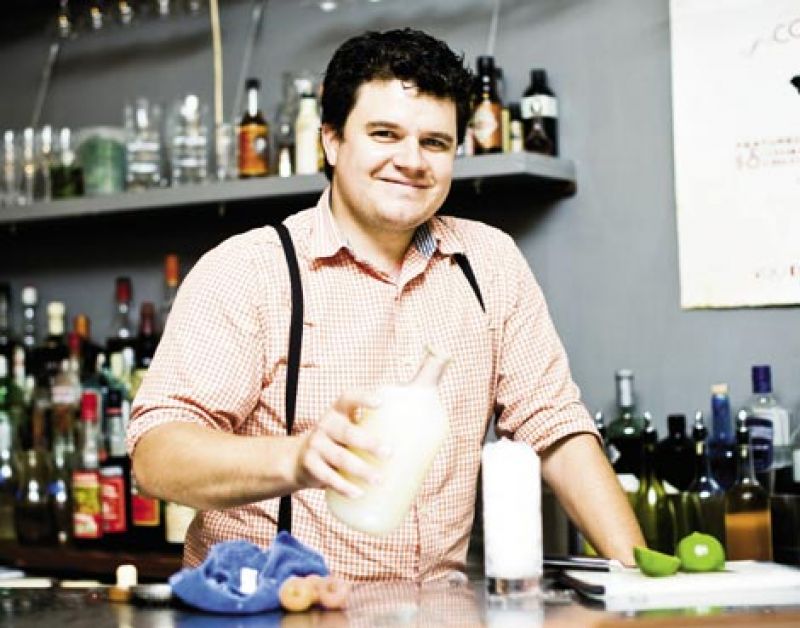 Joe Raya is known for his take on retro cocktails, such as his Violet Fizz and Absinthe Sour. So what’s the owner and bartender of The Gin Joint crafting to cool thirsty crowds this summer? Lychee ti punch. As inspiration he took the classic Créole ti—not a punch at all really, just a simple rum-based drink beloved by locals in the Caribbean. But he added a tangy twist.

Lychees, which hit their peak this month, are a spiky, almost ugly little fruit. But looks can be deceiving. Inside, the pale center is a delicious combination of juicy and tart, and incidentally, is perfect for perking up a hot weather cocktail.

“People are intrigued by lychees because they’re such a weird fruit that is almost universally appealing because they taste so good,” says Raya.

If you want to concoct the zesty yet sweet libation at home, Raya suggests starting with fresh produce—no canned or processed lychee liqueur substitutes, he insists. You can find the fruit at H&L Asian Market in North Charleston.

“Peeling and pitting is an easy task best done with a small pairing knife,” he notes. “Don’t worry about being gentle, since the lychees will be puréed.” After blending the white pulp in a food processor, mix simple syrup, rhum agricole—a light, flavorful rum made from sugarcane juice instead of molasses—and lime juice. “To make crushed ice, fill a dishcloth with ice cubes and beat it with a rubber mallet or a muddler,” he suggests.

Want to play up the “punch” in this drink’s name? Prepare to party by mixing up a bowl full for a drink that “is strong” says Raya, but simple enough to let the expressive lychee flavor shine through.