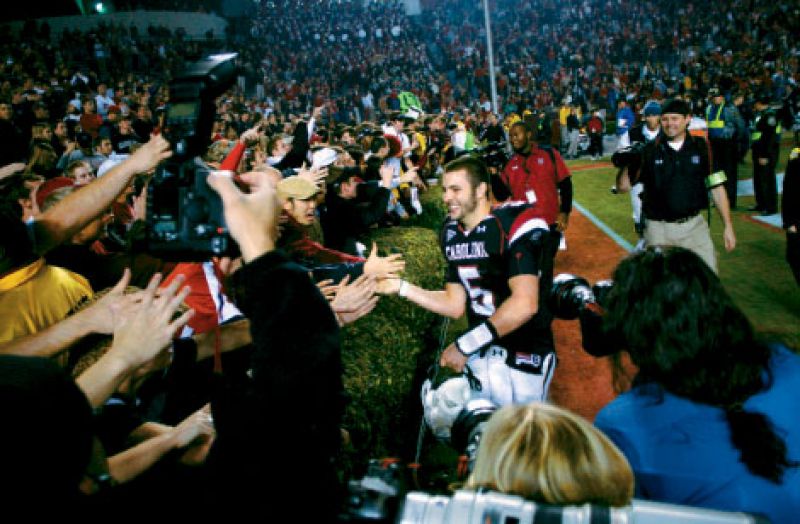 Although head coach Steve Spurrier continues to deny it, rumors of his retirement after only four seasons at USC still circulate. Regardless of whether he opts out of his position after this season or not, the former University of Florida coach, who led the Gators to six SEC titles, does admit he has a lot to accomplish this fall.

The Gamecocks’ last season ended with a less-than-glamorous record (7-6), the team having lost their last two regular season games (including a competent defeat by Clemson) and gotten hammered by Iowa in the Outback Bowl 31-10. The complaints were numerous: USC seemed unable to achieve third-down conversions or put up big offensive scoring numbers, resulting in a precipitous drop in the polls, if they were ranked at all. “South Carolina must get production out of quarterback Stephen Garcia—he has so much potential,” says the P&C’s Gene Sapakoff, referring to the probable starting QB. “I still think he can be a top-of-the-SEC-caliber passer and leader.” Spurrier is also beefing up his offensive line with strong recruiting from around the Southeast and has some great returning players, such as senior center Garrett Anderson and Garcia, poised to make things happen.

So, with strong fan support, promising talent, and an experienced coaching staff, can Spurrier pull it all together and recover some face in 2009? 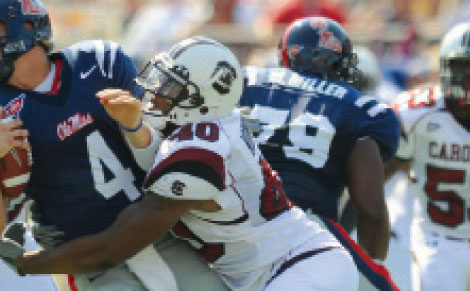 The 21-year-old linebacker returned to the Gamecocks for his senior year with an NFL option, something the team is no doubt grateful for. “He’s one of the best tacklers in the SEC right now,” says Sapakoff.

The Gamecocks had seven players selected in the NFL draft this past April—the most USC players from a single season to go big in 55 years. 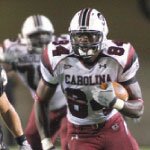 Drafted by the Tennessee Titans in the third round (the first Gamecock selected). 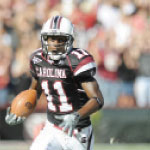 Drafted by the Denver Broncos. 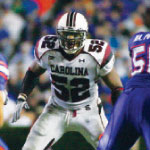 Drafted by the Minnesota Vikings. 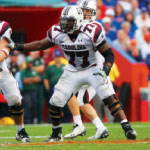 Drafted by the Green Bay Packers. 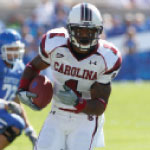 Drafted by the Carolina Panthers as the 216th pick overall. 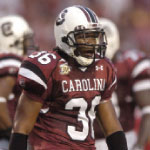 Drafted by the New York Giants as the 238th pick. 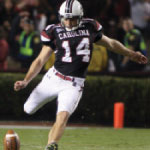 Deemed “Mr. Irrelevant” by being the 256th and final selection, was drafted by the Kansas City Chiefs. 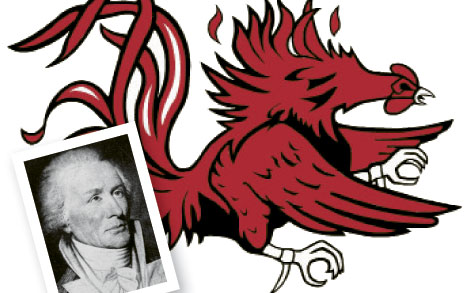 The Name Game: “You won’t find any more loyal fans...than those who follow the South Carolina Gamecocks,” says Tim Brando of CBS Sports. Nevertheless, even the most avid follower might not know the origins of the moniker. Through the turn of the century, there were many nicknames for the team, including “The Fighting Gamecocks”—supposedly named in honor of notoriously feisty Revolutionary War general Thomas Sumter of South Carolina. Then, in 1903, The State referred to them as the “Gamecocks.” The name stuck, and to this day Carolina fans are as energetic and tenacious as their feathered fighting namesakes.