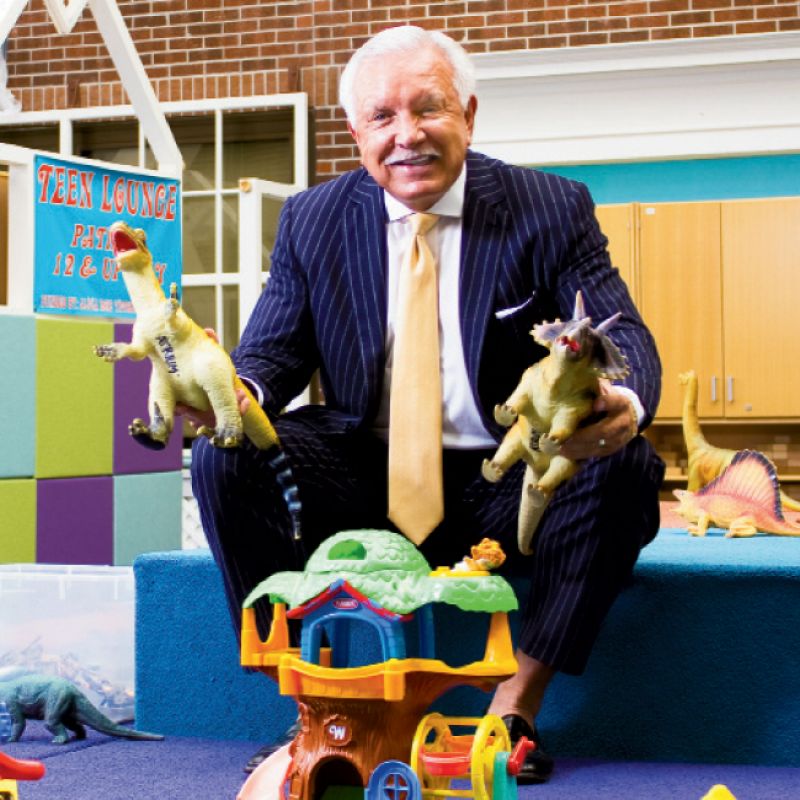 Take a look at a year’s worth of area charitable event banners and T-shirts, and the Baker Motor Company (BMC) crest is nearly ubiquitous among the lineup of sponsor logos. But if you ask the company’s founder and CEO, Tommy Baker, which of these causes is his favorite, he laughs off the question. “If I were to name any one,” Baker says, “I’d get 20 calls from the ones I didn’t name.”

Still, there are a few causes that particularly “pull at his heartstrings,” Baker admits—mostly those involving defenseless children (like anything related to MUSC Children’s Hospital) or students (especially motivated, business-minded kids). The fact that Baker identifies with bootstrap ambition makes sense. A self-made success story, he grew up as a lower-middle-class kid in Mount Pleasant and paid his way through The Citadel by teaching GED classes, selling cars, and eventually buying and selling property on the Isle of Palms. In 1988, after leaving the Palmetto State to learn the car business top to bottom, he returned to open the first of his many high-end dealerships, while at the same time attending Harvard Business School’s management program.

That the lifelong entrepreneur cites YESCarolina—in which kids across the state create, pitch, and often launch viable businesses—as a favorite philanthropy is no surprise. “Any one of those kids could have been me,” Baker says, “any one of them. So I’ve been on the board chairing since its inception. It’s such a privilege to watch these children, most from the inner city or those who’ve not had educational opportunities, learn entrepreneurship and how to turn their lives around with business skills. It’s phenomenal.” He relates those teens’ experiences to those of the students he has taught at the College of Charleston for more than two decades. As an “entrepreneur-in-residence” in the School of Business, he’s helped scores of budding business folk find their way. “But if it’s between calling me a teacher and a mentor,” he says, “I prefer ‘mentor.’ The hope is that you’ve given them enough tools so they can go out there and play the game—and play it the right way.”

CofC graduate Stewart Vernon, founder and CEO of America’s Swimming Pool Company, says Baker did exactly that for him. “The business lessons he taught helped mold me into the business person I am today.”

This year, along the lines of charity beginning at home, BMC started the “Tommy B. Baker Scholarship Fund,” which awards the spouse or child of a company employee $2,500 to put toward education. Shavonna Simmons, a mother of four whose husband works for BMC, is one of two 2013 recipients and will use the money to help fund nursing school. “He has offered to help me any way he could,” Simmons says, “so I can complete my degree. I’d often wondered where the kind-hearted people of the world are, but that question has now been answered.”

Cruising Speed: Baker named his yacht, Lady Victoria, after his wife of 31 years, Vickie. They often offer up a cruise as a prize for fundraisers that BMC sponsors, such as the 2013 YESCarolina gala.
Sounding Board: Before he found success with Butcher & Bee, Michael Shemtov was a young grad of CofC and former student of Tommy Baker looking to open Mellow Mushroom on King Street. “It was Tommy that I went to when I had an important meeting with the landlord,” he says. While running his dealerships, Baker’s calendar is still filled with weekly meetings with past students and other mentees.