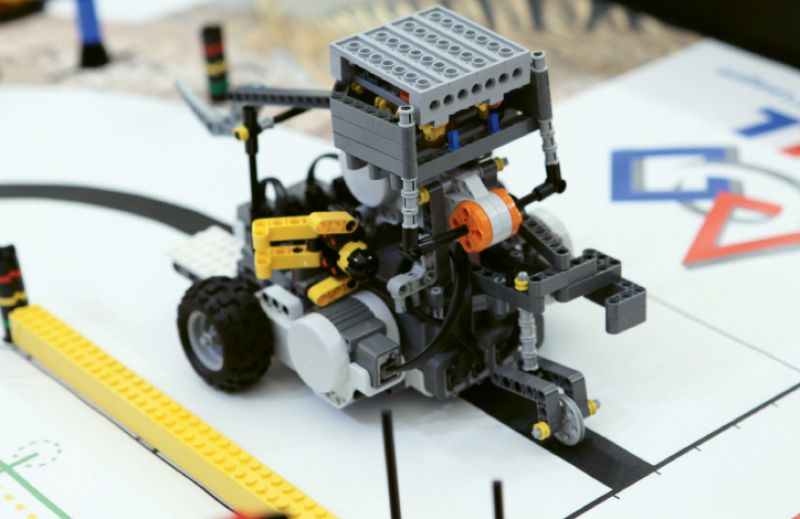 Any parent who’s stepped on an errant LEGO in the middle of the night should take heart: that cursed plastic cube just might be junior’s ticket to college and a great career.

That’s the central premise behind the For Inspiration and Recognition of Science and Technology (FIRST) program, which combines the traditional toy and a dose of imagination to lure kids into the realm of science and engineering. Based on the notion that the science nerds should take over the world, this mentor-based club makes invention cool—and profitable. In fact, the program, founded by corporate titans and inventors (like the guy who created the Segway), has attracted more than $14 million in college sponsorship opportunities this year alone. And here in the Lowcountry, where aerospace, bioscience, and technology clusters are on the rise, smart students are vying for those dollars.

Since August, more than 450 area youths have been hard at work on roughly 34 teams, conjuring up strategies for FIRST success. Guided by local corporate mentors and sponsors, this year’s teams have been challenged to create a robot that diagnoses, treats, or repairs a human ailment.

The program offers four levels of competition, starting with the Junior LEGO League for six to nine year olds, followed by LEGO League for the nine to 14 crowd. These students are using research, critical thinking, construction, teamwork, and creativity, and middle school competitors include at least one motorized component in their inventions. High schoolers dive headfirst into either the sports-style Tech Challenge or the Robotics Competition, where teams work with engineers to design robotic hardware and software to solve a specific societal problem. “Robotics opened countless doors in my life—college, co-ops, and even my job,” says Luke Gordon, a 2003 team participant who went on to double major in computer science and advanced discrete mathematics and now works as a software engineer for IBM.

Since its founding in 1989, FIRST has graduated at least 342 Lowcountry students. They’ve gone off to colleges such as Virginia Tech, Wake Forest, and the Air Force Academy and careers in civil engineering, medicine, and business. A Brandeis University study also found that FIRST participants are three times as likely to major in engineering versus their peers and twice as likely to anticipate pursuing a career in science and technology. And to think: it all starts with LEGOs.