If there were to be an alphabet book for the city of Charleston, “J” just might stand for Jenkins—the man, the orphanage, and the band; and July would be a fitting month to celebrate.

Born in slavery circa 1862 in the Barnwell district, lumberman and minister Daniel Jenkins came to Charleston in 1885, where he found his true calling in 1891 when he met four abandoned boys in a railroad yard. He chartered his Orphan Aid Society on July 21, 1892, and later established an orphanage at 20 Franklin Street.

No one knows why Jenkins started a band; it was an audacious attempt to raise funds. And it succeeded: the marching band, with its raucous sound, called attention to the needs of the orphans. They collected money by passing a hat, and their distinctive sound launched them into history. They played at the presidential inaugurations of Theodore Roosevelt and William Henry Taft, and “graduates” William Cat Anderson, Jabbo Smith, and Freddie Green became distinguished musicians.

No local July 4 celebration was complete without the band; though July 1914 found them playing at the Anglo American Exposition in London when World War I hostilities broke out. They made it home safely and later became a part of DuBose and Dorothy Heyward’s 1927 play Porgy on Broadway.

Jenkins's impact on individual lives, this city, and musical history has lasted far beyond his death on July 30, 1937. 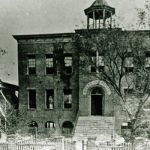 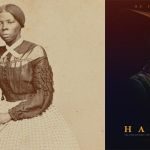