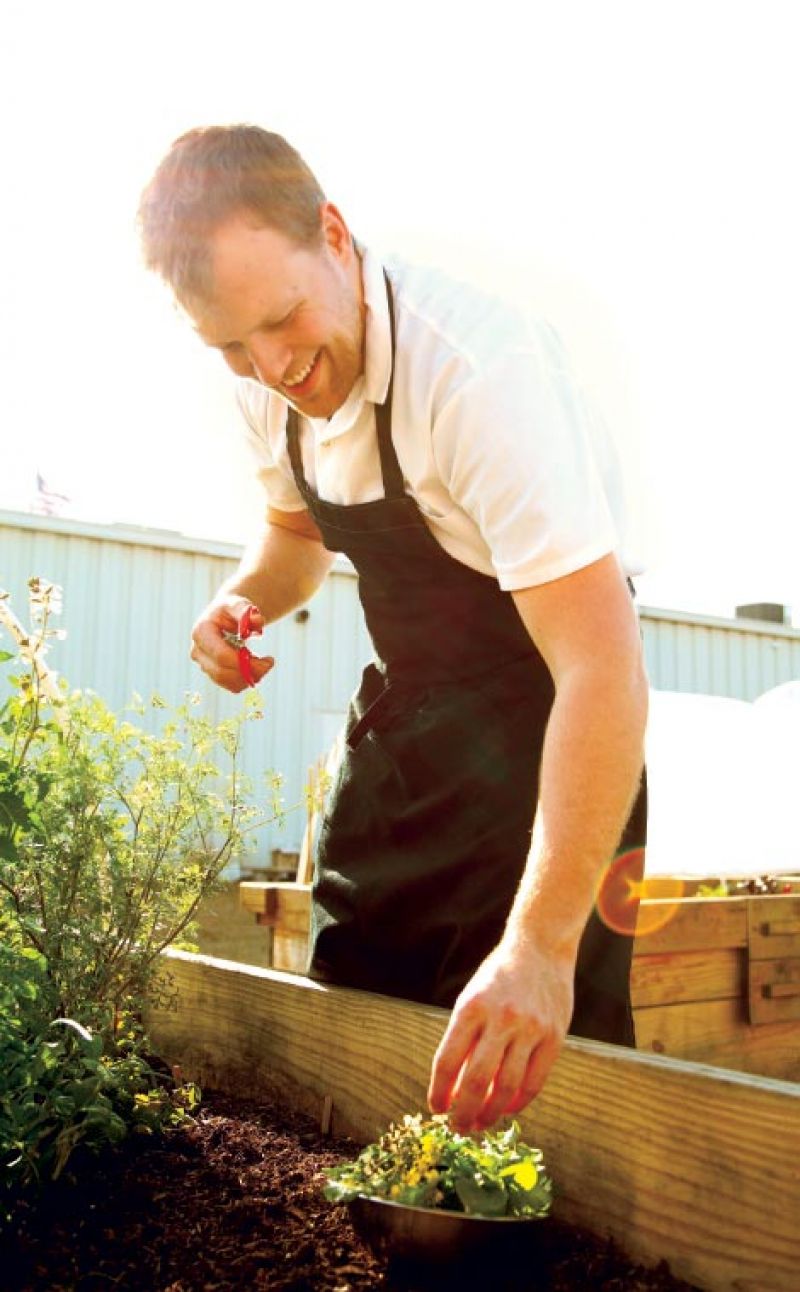 “You should be able to go to a restaurant, feel good about what you eat, and pay $10 or less.” That’s Stuart Tracy’s culinary M.O. and darned if the chef isn’t making it happen at Butcher & Bee. At the upper King Street eatery, the Johnson & Wales alum has been serving the early and late, late crowd (with nighttime hours from 11 p.m. to 3 a.m.) since October. And his locally sourced menu of veggie muffulettas, roast beef sandwiches, Cubans, chicken schnitzel, and MiBek Farms patty melts has earned him a loyal following.

Perhaps the most beloved of B&B’s items is the bánh mì sandwich. A culinary mashup courtesy of French colonialism in Vietnam, the dish is the “Asian nation’s answer to the New York City hotdog,” says Tracy. “I had my first bánh mì at Atlanta’s Pangea when I was 13 and I was like, ‘Wow, this is the best sandwich I’ve eaten.’”

Traditionally, a bánh mì is a baguette filled with pork pâté and a variety of herbs, pickled veggies, and fish sauce. To make one at home, you’ll need to prepare a pork meatloaf the night before. The chef suggests using local meat from either Keegan-Filion or Eden farms. In a food processor, blend the pork and spices, many of which you can find at H&L Asian Grocery. “Line your meatloaf pan with plastic wrap—I promise it won’t melt and will make for easy removal,” says Tracy. Bake and then refrigerate overnight. The next day, cut it into four slices lengthwise, brown it in some oil, then pop it into a fresh baguette. Add mayo, Tracy’s sauce (find recipe at charlestonmag.com), pickled carrots, herbs, and peanuts, and ta-da, colonial hybrid cuisine.