Art of the Plate 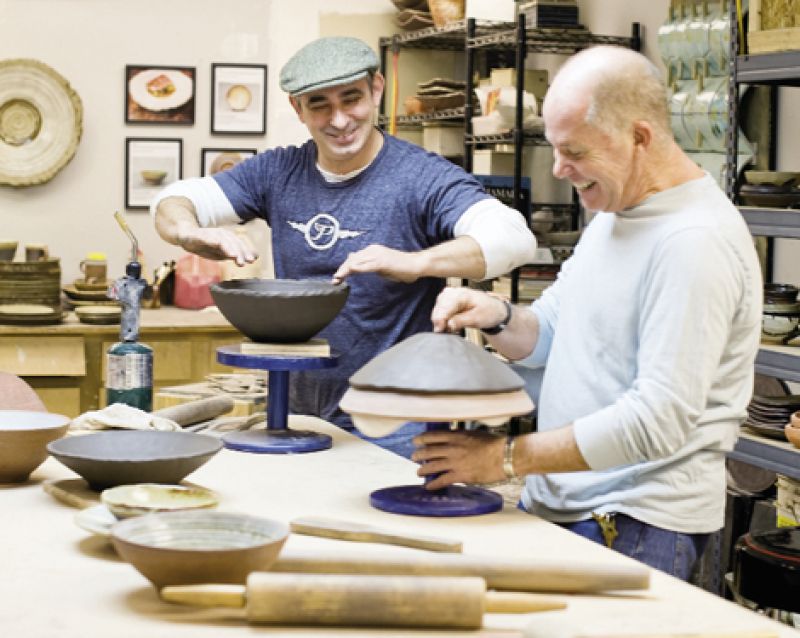 For artists Chip Burr and Fiorenzo Berardozzi, a meal is more than the sum of its ingredients. It's about the music playing overhead, the conversation with the server, and of course, the plate itself.

Which is why chef Sean Brock decided that Burr and Berardozzi’s CBFB Tablescapes pottery would make the perfect dinnerware at Husk and McCrady’s—a canvas for the culinary works of art Brock and his team create each night.

“I searched high and low for someone to make plates for us in Charleston,” recalls Brock. “These guys knew exactly what I was talking about. Their style is simple yet modern, which is what our food strives to be.”

The sculptors admit they lucked out getting the gig. “My son-in-law is Mark Marhefka of Abundant Seafood,” say Burr. “He mentioned our work to Husk GM Dan Lattimer and then we got a call from Sean.” Since that call, CBFB has received many more with requests from people across the country who have dined at Husk and McCrady’s, loved the plates, and want to order their own.

For fans, it’s not just the look of the dinnerware, but the glaze, texture, and weight that’s appealing. To make them even more unique, the ash from Husk’s wood-burning oven goes into the fires used to seal the glaze. “Only that ash can produce the color resulting in our pieces,” says Burr. Art, full circle.