Alligator
September 2014
While the American alligator (Alligator mississippiensis) was endangered only a few decades ago, these armor-plated crocodilians have made a comeback. Like their prehistoric ancestors, they now exist in large numbers in the primordial oozes of Lowcountry swamps, lowlands, and freshwater rivers (though wetland loss is increasingly driving them into front yards and mall parking lots). The cold-blooded reptiles also bring new meaning to the term “water hazard,” and the wise golfer should sacrifice that errant ball to the murky waters of the lagoon. You might not see him camouflaged in the reeds, but it’s a safe bet he has his eyes on you 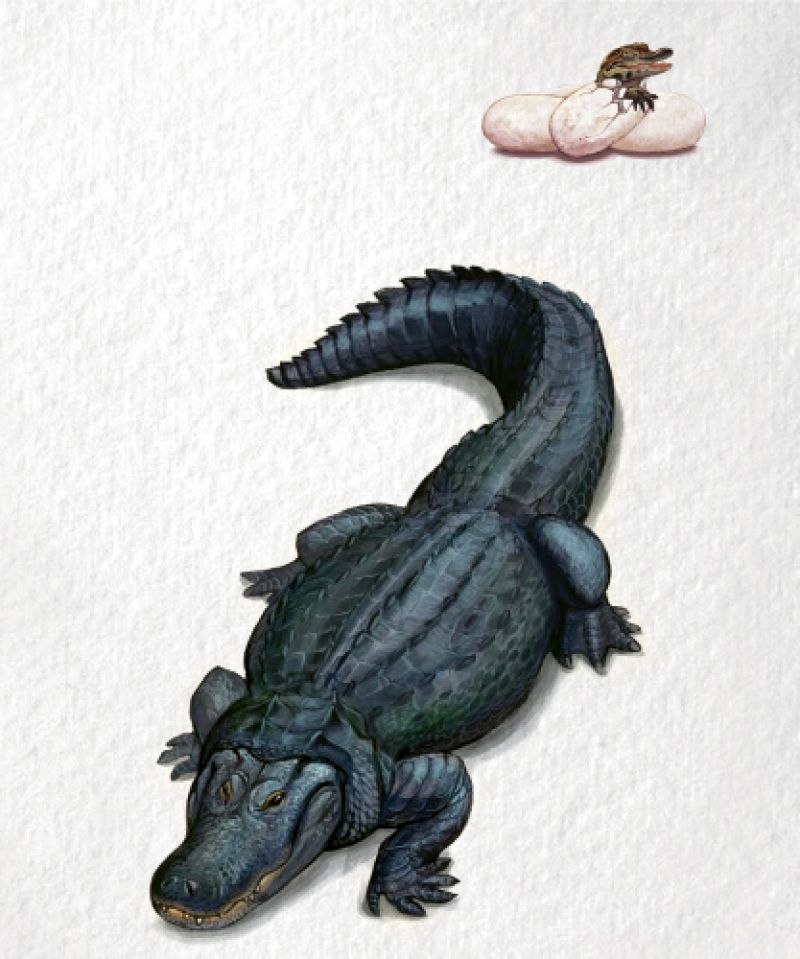 Size Matters Living 30 to 50 years in the wild, full-grown alligators have no natural predators. Adult females average about eight feet long and males 11-feet-plus (the largest on record is 19 feet). With such great size, they can pose a threat to humans, but attacks are rare.

Walk on the Wild Side Alligators hunt on land as well as in water, usually at night. They can run up to about 11 mph and swim as fast as 30 mph.

Brawn and Brains The smartest of all lizards, they are the only reptiles known to create tools to catch prey. By balancing branches on their heads, they lure birds looking for nesting material. Also on their menu: crabs, fish, turtles, snakes, and small mammals. As ambush hunters, they’ll sit camouflaged at the water’s edge and wait for a rabbit, raccoon—or even dog—to take a drink.

Do a Little Dance During April and May breeding, large groups congregate by night in shallow waters. Courting begins with choruses of males bellowing (sucking air into their lungs, then blowing it out) to ward off other males and attract females. The roars send out infrasonic waves, making the water’s surface vibrate, an occurrence called ”Dancing Water.”

Big Gulp Inside the alligator’s snout are about 80 teeth, which get replaced when they are lost or wear down (an animal goes through 2,000 to 3,000 of them in a lifetime). The creature grabs prey with its teeth, exerting 3,000-plus pounds of pressure, and may pull it underwater to drown it before swallowing it whole.

A Thick Skin A gator’s “armored” skin is studded with bony plates called “osteoderms” or “scutes.” When tanned, it becomes soft and pliable.

Rare Form American alligators—solely endemic to the Southeastern U.S.—are one of only two alligator species in the world. Their Chinese relations are endangered.

Dangerous Past Once hunted nearly to extinction, this reptile was considered an endangered species from 1966 to 1987. In ’95, gator hunting season (September 13-October 11, 2014) reopened in South Carolina.

Baby Raisin' Females lay 35 to 50 eggs that they guard fiercely for 65 days. Nest temps determine the hatchlings’ sex—above 89˚F usually results in all males, below 87˚F in both sexes or all females. Mom protects her hatchlings for two or three years, yet only one in 10 survives to adulthood. 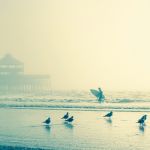 Last spring, we put out a call for entries to Charleston’s inaugural photo contest, with more than 700 submissions—mostly shots of our beaches and waterways—flooding in. 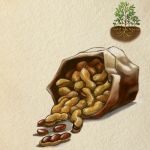