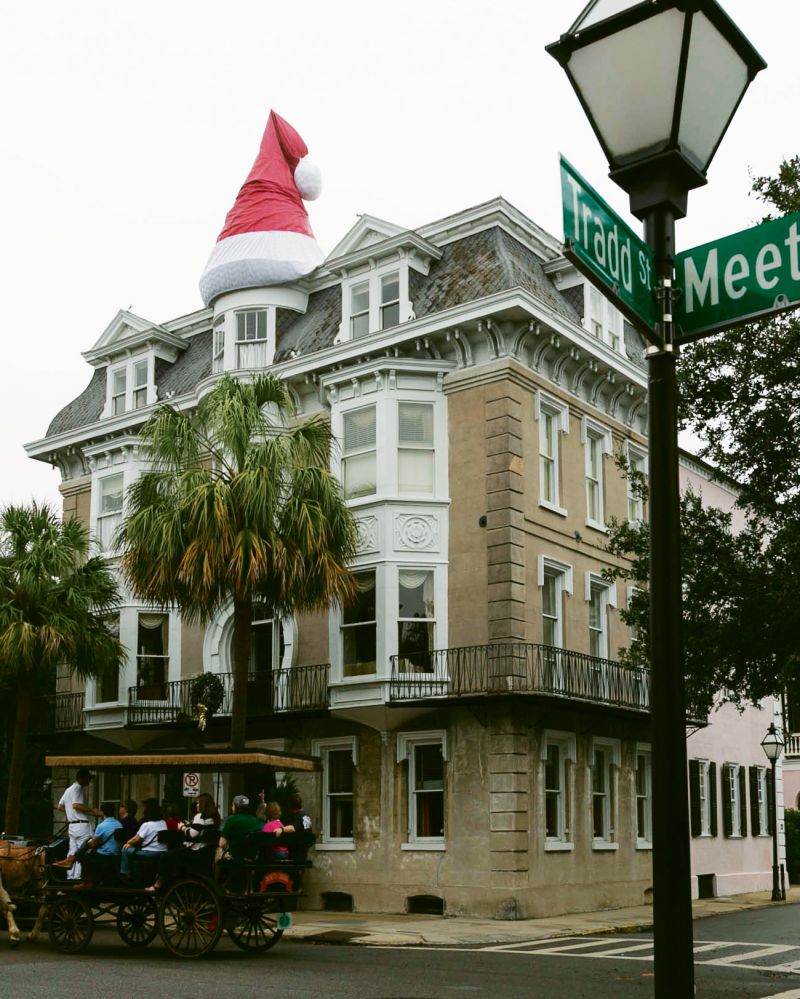 Magnolia-leaf wreaths and twinkling palmetto trees sure are pretty, but perhaps the most fun and festive piece of Holy City holiday décor is the South of Broad Santa hat that’s been gifting smiles and social media fodder to passersby since 2012.

As for how the hulking hat came to be? Homeowner Rebekah Stewart—who for 25 years has operated the high-end Georgia fishing retreat Brigadoon Lodge—says the idea struck the first time she saw the 18th-century manse at the corner of Meeting and Tradd streets. “It has a 20-foot cone on top of it!” she laughs, referring to the house’s Victorian-style cupola. “Just add a pom-pom and you’re done.”

After a decade of Christmases in the home, she finally commissioned Sundance Rivera, owner of Coastal Cushion & Canvas, to create an 18-foot-tall, 32-foot-round sailcloth topper that’s attached to the house by cleats and cables. It proved a crowd-pleaser (“I’ve received quite a few thank-you notes through the mail slot,” Stewart says), and a couple years later, she hired George and Peter Durst of North Sails to conjure a Halloween witch hat.

Thanks to the Durst brothers, who dress and strip the cupola of its costumes each year, the Santa cap will make its seasonal debut on December 15 and stay up through Christmas Day.