Witness to the Past
October 2018
WRITER:
Kathryn Norungolo 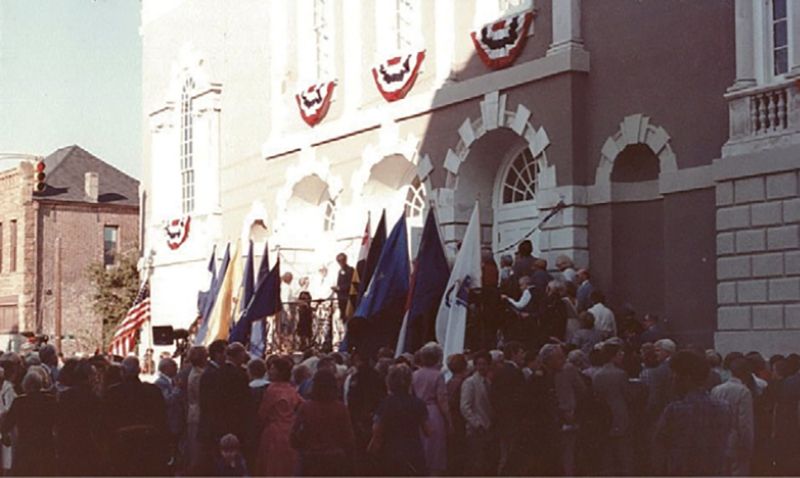 It may seem like the Old Exchange and Provost Dungeon has always reigned on Broad Street as an attraction where flags fly and costumed interpreters greet tourists, but it wasn’t until October 1981 that the entire building opened as a museum—one big moment amidst many truly major ones in this landmark’s history. Here, read up on the top 13

1773 - It’s the Charles Town Tea Party: local leaders meet about the 257 crates of tea the British East India Company is bringing into the harbor. The Collector of Custom ultimately stows it all in the cellar, where it remains for three years. 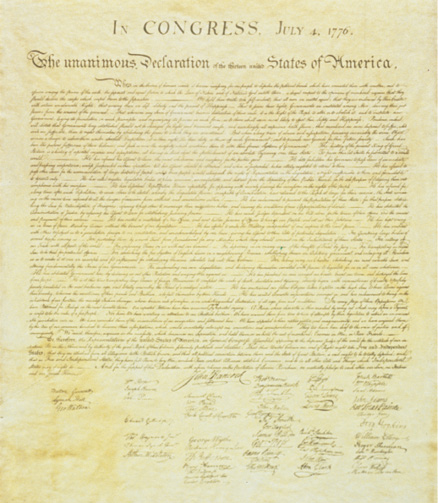 1776 - The Declaration of Independence is read aloud from the steps to the people of South Carolina. 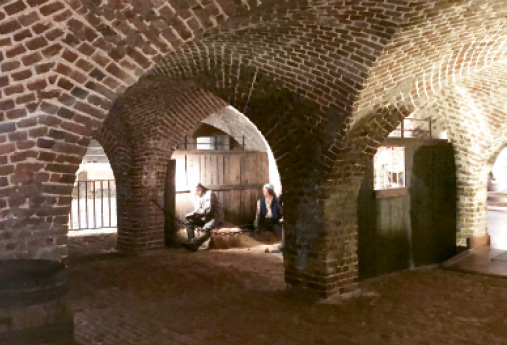 Most prisoners were kept in the cellar, which locals dubbed the ”dungeon.”

1780 - After capturing the city, the British turn the Exchange into a military prison, or provost. 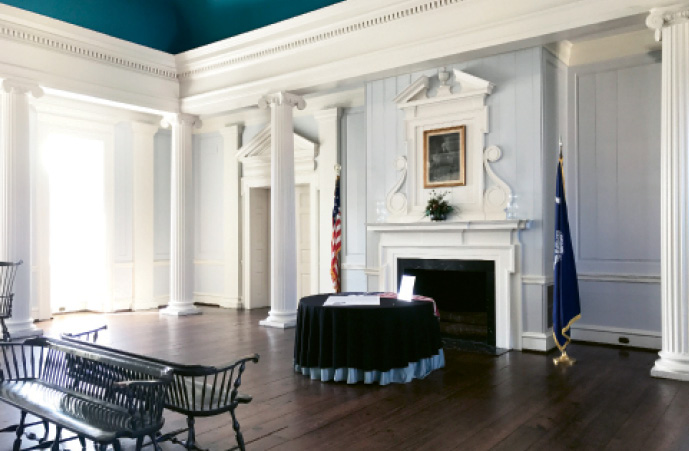 1788 - South Carolina's leaders gather in the Great Hall to debate and ratify the United States Constitution.

1835 - Locals break into the building—a post office since 1815—and steal and destroy a large collection of abolitionist tracts sent from New York, sparking controversy.

1861 - Long the city’s busiest location for public slave auctions, the place stays in Confederate hands throughout the Civil War, carrying on as a post office and custom house.

1917 - New owners the South Carolina State Society Daughters of the American Revolution allow Army General Leonard Wood to use the Exchange for his headquarters during World War I.

1942 - Amidst World War II, it’s again a headquarters, this time for the Coastal Pickets of the US Coast Guard, who patrol the harbor for German U-boats. 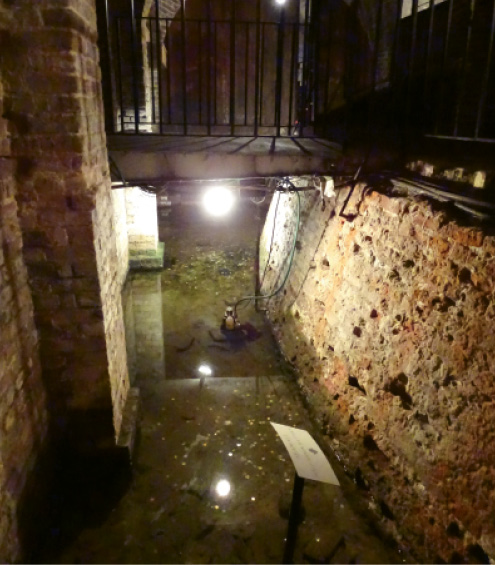 Half-Moon Battery, viewed from the cellar

1965 - Archeologists excavate the original brick floor in the cellar and discover the Half-Moon Battery, a structure built circa-1701 to protect the harbor. 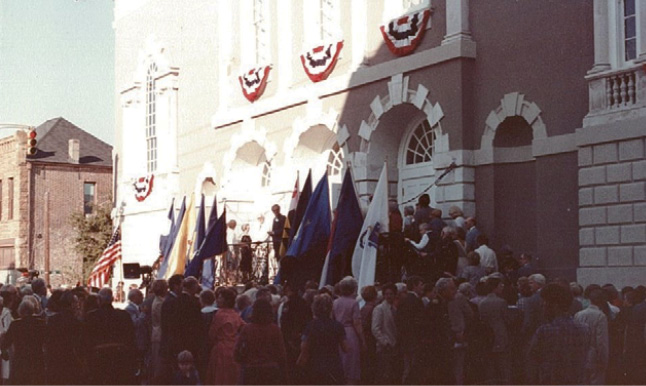 1981 - Following a multi-year restoration, the Old Exchange and Provost Dungeon opens as a museum; find details at oldexchange.org. 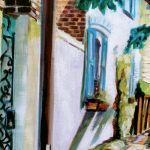 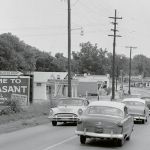 Can you believe this mid-century vista shows the same hectic intersection of Coleman and Whilden where drivers can now spot the likes of The Shelter and Page’s Okra Grill? 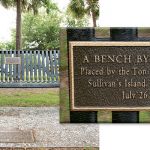