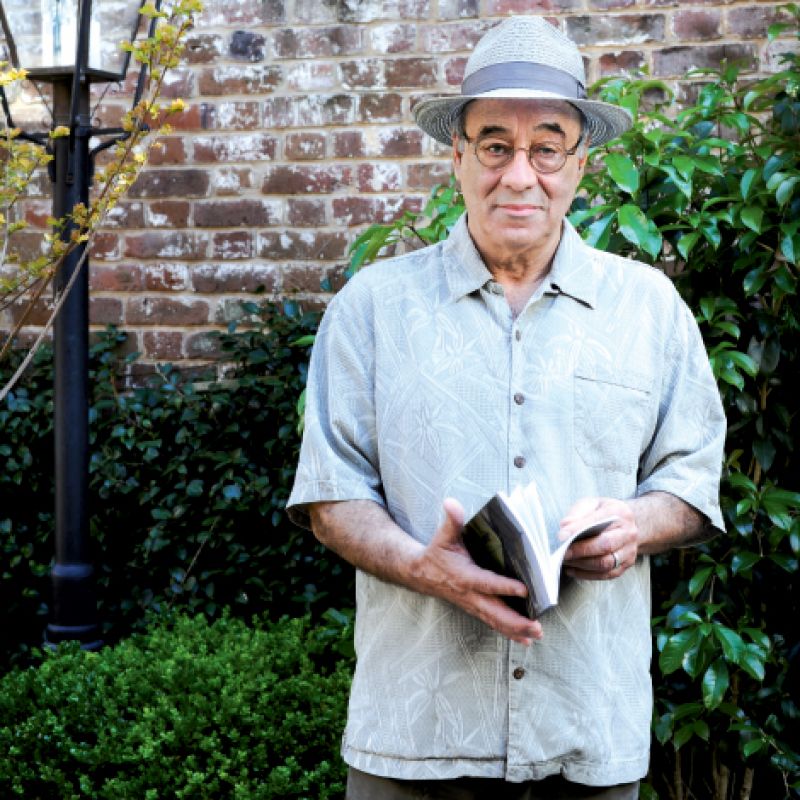 Did you know a Pushcart Prize-winning poet has spent a decade living on James Island, where he writes in a backyard safari tent? And can you imagine what led him to nearly quit poetry decades ago? We learned that answer and more during a talk with San Francisco native Richard Garcia. Last month, his new book, The Other Odyssey, debuted from Dream Horse Press (its manuscript won the American Poetry Journal Book Prize in 2012), and this fall a second tome, The Chair, follows from BOA Editions. Along with creating his own pieces, he teaches a low-residency MFA course in creative writing at Los Angeles’ Antioch University, leads poetry classes at area schools, and heads up a biweekly workshop for a group of local talents known as The Long Table Poets. A pair of writers from that last circle organize the Piccolo Spoleto Sundown Poetry Series, which Garcia kicks off on May 26 with his first official reading from The Other Odyssey.

Early influences: I grew up in San Francisco during the beat movement. In my teens, I’d go down to City Lights bookstore and North Beach to hear poetry readings. I saw many beatniks, but I was too shy to get to know them. I wish I hadn’t been so shy!

First published poems: Shig Murao ran the counter at City Lights; he was a fixture in the beat scene. In high school, I sent him some poems. I didn’t know he had accepted them until I went into City Lights one day and found my work in Beatitude Anthology, a compilation of works from Beatitude magazine. There was a note that said for the poets to go downstairs to get paid. I made $12!

On quitting poetry: I published a chapbook called Selected Poems in 1972. I worked with a Latino publisher, so reviewers only wanted to discuss my ethnicity. My mother was Mexican, and my father was Puerto Rican. But I’m American. After that, I lost interest in poetry.

And deciding to write again: Years later, out of the blue, I got a letter from Octavio Paz, a Nobel Prize-winning poet. He’d read and enjoyed Selected Poems; he called me a true and authentic poet. His words convinced me to write again.

Charleston’s poetry scene: In big cities, poetry is broken into camps: academics, language poets, spoken-word poets. Here, it’s a smaller community, so we get together more and give more support, regardless of genre.

Unique writing practices: I write in a safari tent in my backyard, and I like using a fountain pen. I think we have nostalgia for fountain pens and typewriters; we miss those tactile feelings, those sounds.

Piccolo Spoleto’s Sundown Poetry Series: This is my third time participating in the series. The readings happen outside at twilight, so the light is nice. We gather under a tree in the Dock Street Theatre courtyard. That tree is beautiful, but watch out: squirrels have been known to sit in the branches and drop nuts on our heads!

From The Other Odyssey (Dream Horse Press, March 2014):


We laughed when, like a fop he saw in a movie,

he pulled a handkerchief from his sleeve,

swished it around and said, My dear fellow.

He came to see me before he left for ‘Nam.

He dropped by, but I was not there.

He left a number I never called.

I still see him from time to time. Everywhere.