Put Ted Bullock on a boat with his eyes closed, and within moments, he can tell you if it’s made of wood or fiberglass. “The sounds and the way they move are different,” he explains. “Wooden boats just feel good in the water.”
The passion began early for this West Ashley native who started canoeing the Stono at age five. After high school jobs cleaning and maintaining boats, he took up historical renovation work. Going for a walk downtown while restoring the Cathedral of St. Luke and St. Paul’s bell tower in 2001, he saw wood being laid out in Ansonborough Field for the tall ship Spirit of South Carolina.

“I told [shipwright] Mark Bayne, ‘I want to build this boat. Hire me,’” Bullock recalls. Bayne did, and a decade-long mentorship began. In early 2013, Bayne transferred the lease on his Mount Pleasant boatyard to his protégé, and Barrier Island Boatbuilders was born.

During a summertime visit, a 42-foot Chris Craft was receiving finishing touches next to two canoes in mid-construction and a 14-foot Paper Jet sailboat Bullock built for himself. He’d recently spent a month in the Upstate helping Edwin McCain turn an old sailboat into a Chinese junk for the singer’s Animal Planet show, Flipping Ships.

Though much of his work is in restoration, this creative gets most excited about a fresh build. “There are thousands of design options,” he says. “If you hand me the plans, I can put it in the water.”

➼ Simmons Sea Skiff: This boat was built for an Isle of Palms native who had a personal history with the design. “Launching it for the first time was a moving experience,” Bullock says.
➼ Strip canoe: Bullock made this 80-pound craft partly from wood leftover from the Spirit of South Carolina.
➼ Paper Jet: This high-performance racing sailboat offers a three-stage learning platform, with three rig sizes and four sails allowing a ”decent sailor” to work his or her way up to Olympic-level, explains Bullock.
➼ Sea Island One Design: Designed in the ’50s to race in regattas, including Rockville’s, nine of these sailing scows exist, with Bullock maintaining several of them. ”I’ve heard stories of my mom hanging out on them in Botany Bay in her formative years,” he notes. 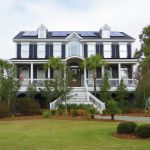 The future is bright for solar power 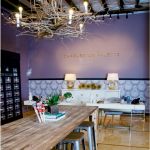