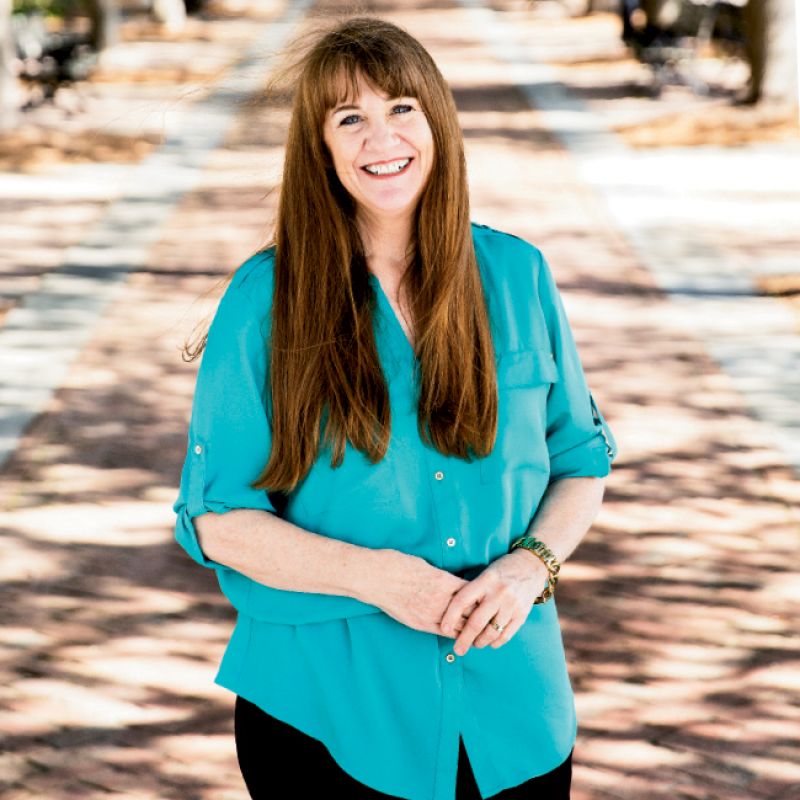 Vickey Cornelison Grant isn’t afraid to tackle tough problems. In 1986, the newly hired administrative assistant for the National Crime Victims Research and Treatment Center was studying the effects of rape on survivors’ romantic relationships when she learned about People Against Rape (PAR), the Lowcountry’s first rape crisis center, which was founded in 1974. That’s when she decided to lend support in any way she could. “I’d known people who had been sexually assaulted as children, so I had an intensely personal reaction to rape as well as a professional interest,” she explains.

As one of PAR’s advocates, Cornelison Grant pitched in to man the 24/7 crisis hot line, accompanied survivors to evidentiary exams, guided them through legal proceedings, and provided support during the healing process. After serving as an advocate for two years, she remained in close contact with the center and, in 2010, joined the board of directors.

Last September, however, things took a turn for the worse: a former employee mishandled the center’s funds; PAR lost its funding and was forced to lay off its staff. That’s when Cornelison Grant spearheaded the administrative effort to get back on track. “Without Vickey, PAR would have had to close its doors this past year. She is the reason that PAR has been able to continue to serve sexual assault victims in our community despite the hardships we recently faced,” says Dr. Kristyn Zajac, who serves on the board with Cornelison Grant.

The do-gooder took charge, handling the audit and organizing events like the Take Back the Night rally in Marion Square. Working with board president Dean Kilpatrick, she smoothed over relations with sponsors, leading to some funding being restored, which enabled PAR to settle debts with former employees and vendors. Simultaneously, Cornelison Grant coordinated the volunteer training program and filled in for late-night hot-line shifts so that the center’s service was uninterrupted.

This was in addition to working full-time as a business manager within MUSC’s Department of Psychiatry and Behavioral Sciences. “This has been the single most challenging year of my life. But I felt, as did the board, that this organization could not fail,” Cornelison Grant says of her dedication to the nonprofit that fulfills a critical role in our community. “Our services really are not replicated by any other group.”

For her, empathy is always the bottom line. “What matters is that the victims understand that it was not their fault, that we believe them, and that their stories will remain confidential.”

Full Circle: First drawn to PAR in 1986 to research the distorted ideas that people have about sexual assault, Cornelison Grant is now helping to plan a new media campaign to raise awareness in the tri-country area.
Big Names: For last April’s Take Back the Night march, Cornelison Grant arranged for Mayor Joe Riley and Chief of Police Gregory Mullen to serve as keynote speakers.
Time Management: During her three years on the board, Cornelison Grant has put in 2,000 hours of hands-on work.