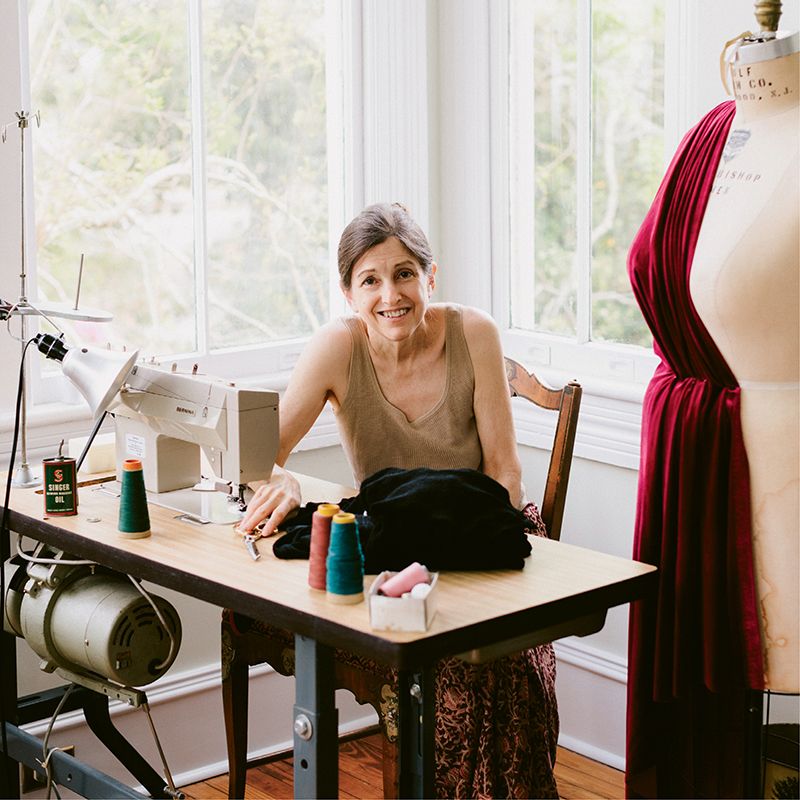 Carolyn Kostopoulos has overseen every costume and quick-change at the Spoleto Festival for longer than some of its actors have been alive. Since 1982, the New York-based wardrobe supervisor has made the Holy City home for six weeks out of each year, weathering everything from hauntings in the Old City Jail to weeks without any real sleep. This year, for the first time she won’t be relocating from New York. As of fall 2018, Kostopoulos—now in her mid 60s—lives here in an historic home near Hampton Park. “Everything will be different this festival season,” she says.

CM: You took the job without ever having been to Charleston—what did you think when you got here?
CK:
I got off the plane and thought, “This is the best place in the world.” The first Saturday I was here, I kept going to the drug store to buy more film because I was shooting a hundred rolls. I called my parents and said, “Oh my God, this is my place.”

CM: What’s your process?
CK:
Each show poses different challenges. For example, for the opera Salome, I’m going to wait until the director and design team are here and then take them shopping.

CM: What was the most satisfying show you costumed?
CK:
Le Comte Ory in 1993. I’m old fashioned when it comes to opera. I’m not one of these, “Let’s set this in modern times so everyone can wear jeans and t-shirts and look just like the audience.” I really believe the audience wants something to look at. After all, why pay a lot of money to see people dressed just like you?

CM: What show was the most challenging?
CK:
Manon Lescaut (2002). The designer had gone to French sample sales and bought the chorus all these size 00 dresses. I was too big for a lot of them, and I’m tiny. I remember the conductor saying to me, “What’s the problem? Just design something.” I said, “Maestro, with all due respect, you are a conductor but that doesn’t make you a composer. If you show up for rehearsal and the orchestra is waiting and your music stand is empty and I say to you, ‘What is the problem? Just compose something.’ That’s what you’re asking me to do.” He got it.

CM: What made you decide to sell your New York shop and move to Charleston?
CK:
This house had always been my dream house. I bought it and three others during my time down in Charleston. I always imagined that I would be this crazy single cat lady living in this house after converting it back to a huge single-family residence.

CM: Have you discovered anything that’s vital to doing the festival year after year?
CK:
A fierce independence. Because I was dealing here with designers who are living in Italy or Germany or France. I might have a few conversations with them on the phone, then they’re gone and I’m on my own in my shop with my employees making the costumes. The designer doesn’t have to hand me everything. If I had to wait for designers to do everything the show would be closed! I either became like that or I already was and it worked. I suspect it’s a bit of both.

CM: What is your favorite thing to watch at the Spoleto Festival?
CK: Chamber music. That’s easy! It’s always what it is. The opera might be great, the dance might be life-altering, but chamber music is always reliably wonderful.

Lives: With her father—who moved here with her from New Jersey—near Hampton park, in a home she bought on a Spoleto trip years ago and that she’s now completely renovating.
In another life: She imagined herself becoming an old lady living alone with a hundred cats.
Just for fun: She aspires to grow all her own food, compost, and never buy another plastic container of spinach again.
Scariest Spoleto experience: Was once haunted by spirits while working alone when the Spoleto costume office was in the old city jail downtown. She had all weapons removed from the building so no spirits could harm her and refused to ever work there alone again.
Current Spoleto shop: Dock Street 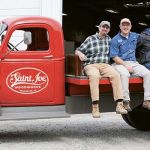 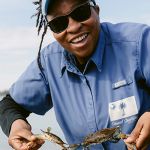 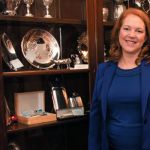