Tales from the Crypts

Tales from the Crypts
October 2013
On the banks of the Cooper River lies Magnolia Cemetery, or the Garden of the Dead, where ancient oaks drip moss over funerary sculptures and grand mausoleums honoring powerful Holy City families, hundreds of Confederate soldiers, even the Hunley heroes. On October 25, Historic Charleston Foundation leads a sunset Tour de Graves - here's a preview of six of the intriguing stops 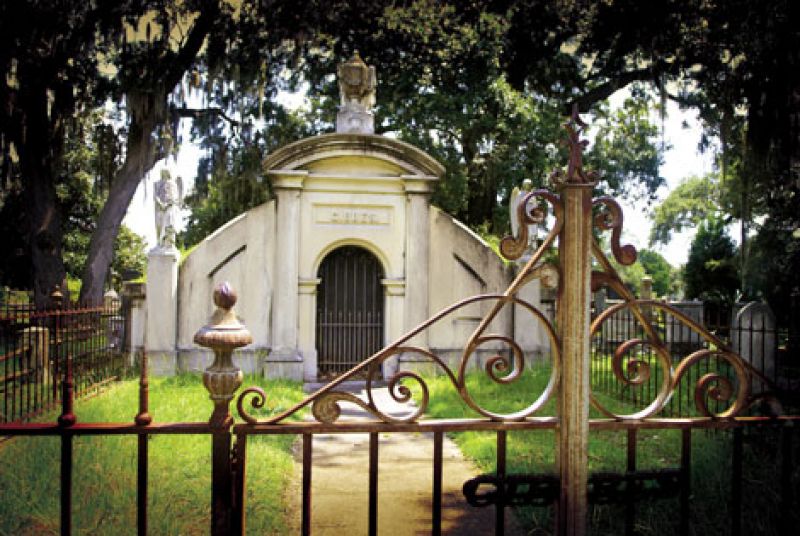 Gibbes Mound: Here lies James Shoolbred Gibbes—whose donation of $100,000 led to the Gibbes Museum of Art—along with his seven relatives. Before his 1888 death (when he was estimated to be worth more than a million dollars), he had angels sculpted in Italy for his mausoleum, the only one in Magnolia with an earthen mound raised over top. 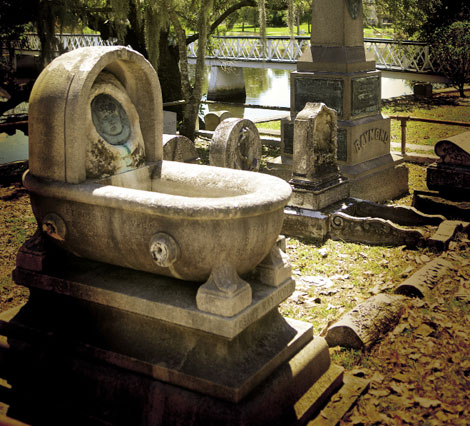 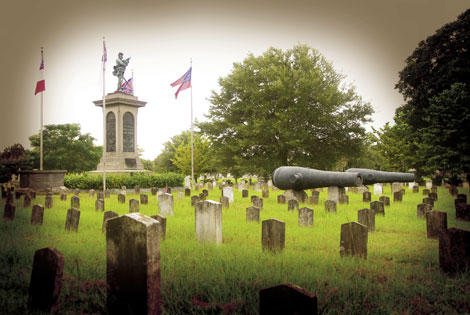 The Soldiers’ Ground includes 82 S.C. men who died at Gettysburg. 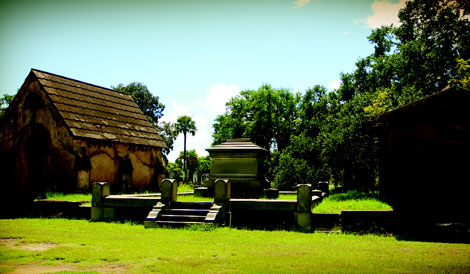 The McDowell/Wragg and Wilkes plots in Mausoleum Row

Mausoleum Row: Each of the Vanderhorst, Wilkes, MacDowell/Wragg, and White mausoleums are fascinatingly grand, yet the last is deteriorated enough to offer a glimpse into its 16- to 18-foot crypt, where stone shelves for coffins sit empty, the family’s remains having been reinterred elsewhere.

Hunley Circle: Three crews of mariners who perished aboard the H.L. Hunley are buried here. The submarine’s second crew was laid to rest following the ill-fated mission in 1863, the first in 2000 after being found beneath Johnson Hagood Stadium, and the third in 2004 following their discovery on the ocean floor.

Receiving Tomb: The sole structure left from the 1851 plan for Magnolia was designed by local architects Edward C. Jones and Francis D. Lee for holding the dead for days to months while a tomb or crypt was finished. It’s no longer in use.