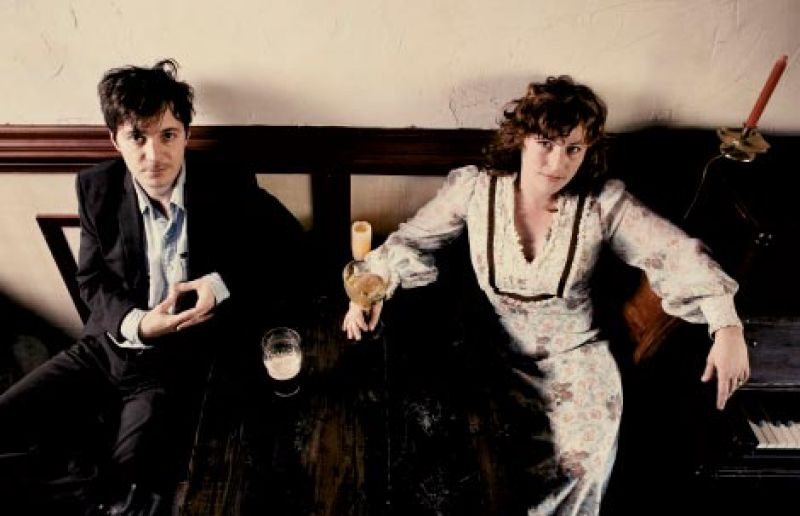 Michael Trent and Cary Ann Hearst are covering ground. Although both songwriters rank among the most respected musicians within the Lowcountry scene, it’s their joining together (in both music and matrimony) as Shovels & Rope that’s elevated the alt-country-slash-rock-’n’-roll duo into the national spotlight, garnering attention everywhere from The Wall Street Journal to The Huffington Post.

Since releasing their second album, O’ Be Joyful, in July, the pair has found themselves sacrificing sleep for radio interviews, taking turns at the wheel of their 24-foot Winnebago as they zigzag across the atlas. “We slept in a parking space in Brooklyn last night, between the car lane and bike lane,” admits Hearst, talking en route to that night’s gig in Boston. “It’s awesome. We asked for this, so we’re not going to complain about it.”

During the prior evening’s show, Hearst says she realized the impact O’ Be Joyful has already made when Trent started into “Lay Low,” a slower “deep cut” off the disc. “We’re used to having about 30 percent of the audience listening when we get to a mellow tune,” Hearst explains. “Last night, not a single person talked during that song. I was astonished.”

The added promotional muscle that came with signing with Nashville record label Dualtone for O’ Be Joyful has meant more reporters and radio appearances, making “duo” time in the RV all the more valuable as a chance to collaborate on new songs. “If one of us is driving and we get an idea, we politely ask the other, ‘Would you please type this into your cell phone?’” laughs Hearst. “It helps us to get past the self-consciousness of song-writing. We try to help each other, and every little idea is fair game.”

For now, the pair is focused on the immediate task at hand—heading down the road, quite literally, to the next gig. On stage, they swap places between an endearingly rag-tag drum kit and their beat-up guitars, harmonizing in the grand fashion that only husband-and-wife duos can.

Within weeks last summer, they sold out shows in San Francisco and Charleston. The hometown concert marked the conclusion of filming The Ballad of Shovels & Rope, a documentary tracing the recording of O’ Be Joyful. Tentatively slated for a holiday release, the film should boost the band’s visibility as they continue touring during spring 2013.

And if it all gets overwhelming? Hearst says she’d return to her old daytime gig at Jestine’s Kitchen. “I’ll go back there in a minute,” beams Hearst. “If me and Michael decide that all this is too much work, maybe I can be the world’s most famous singing waitress.”