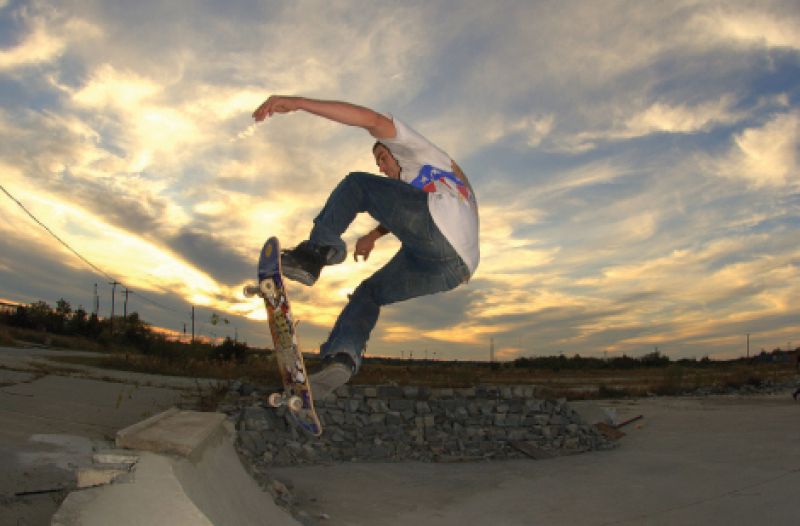 Shannon Smith thinks Charleston is a pretty friendly city—unless you’re riding a skateboard. Then this place renowned for its politeness becomes considerably less hospitable. “Even growing up, when we were skating the George Street pool, there was bias against skaters,” says the 39-year-old Charleston native, now president of the local chapter of Pour It Now, a four-year-old skateboarding advocacy group that helps build skate parks around the state. Since joining the nonprofit, she’s seen dozens of facilities pop up across the Southeast, including in Columbia and Bluffton. Despite years of effort, however, Charleston still doesn’t have a major park to call its own. But in late March, the wheels of change were finally set in motion.

On March 29, the Charleston County Park and Recreation Commission (CCPRC) voted unanimously to carve out $2 million for a new downtown skate park. To be located on undeveloped South Carolina Department of Transportation property under the Ravenel Bridge on Meeting Street, the park is currently slated as a state-of-the-art, 40,000-square-foot center with room for enough bowls, half-pipes, quarter-pipes, rails, vert ramps, and stair sets to accommodate the entire Lowcountry skating populous. “It’s a demographic we haven’t done much for,” says CCPRC executive director Tom O’Rourke, who’s been pushing for the project for the last eight months, even taking commissioners on a field trip to a Salt Lake City skate park during a recent national conference.

For Pour It Now, the budget approval is a huge jump in a campaign that hasn’t always been promising. The group first submitted plans for a park to the city more than three years ago, projecting a $1.5 million price tag for a 35,000-square-foot park and gearing up to raise the funds privately. When the city couldn’t help finance the project, Department of Recreation director Laurie Yarbrough and deputy director of parks operations Matt Compton contacted O’Rourke to see if the CCPRC wanted to get involved.

Both O’Rourke and Smith joke about the unlikely partnership. “It’s like skateboarders and government trying to get married,” he explains of the alley-oops that the process has taken. “I’m waiting for Tom to put a ring on my finger,” joked Smith before the meeting.

And O’Rourke has delivered the bling. He envisions the venue being more than a skate park, featuring amenities such as a climbing wall, a pro shop, concessions, and possibly even a connection to the city’s fishing pier on the other side of the bridge. He also talks of the park hosting regional and national skate events, drawing big names from across the globe. “This won’t be like anything anyone has seen in this area,” says O’Rourke. And he now has healthy funding to pull it off.

The park won’t be open anytime soon, though. CCPRC allocated the money in a July 2010 to July 2011 budget; once the funding becomes available, it may take more than a year to finalize design plans and begin construction. In the meantime, the commission will be securing permits and gathering public input on design and usage, including assistance from Pour It Now.

“We’re finally exhaling and feel like we’re passing our baby on to good hands,” Smith says. “They’ll make sure it’s top of the line. It will probably be the best in the country at the time it’s built.” And O’Rourke is happy that an underserved constituency has finally received some long-coming attention. “There are a lot of winners in this,” he says.