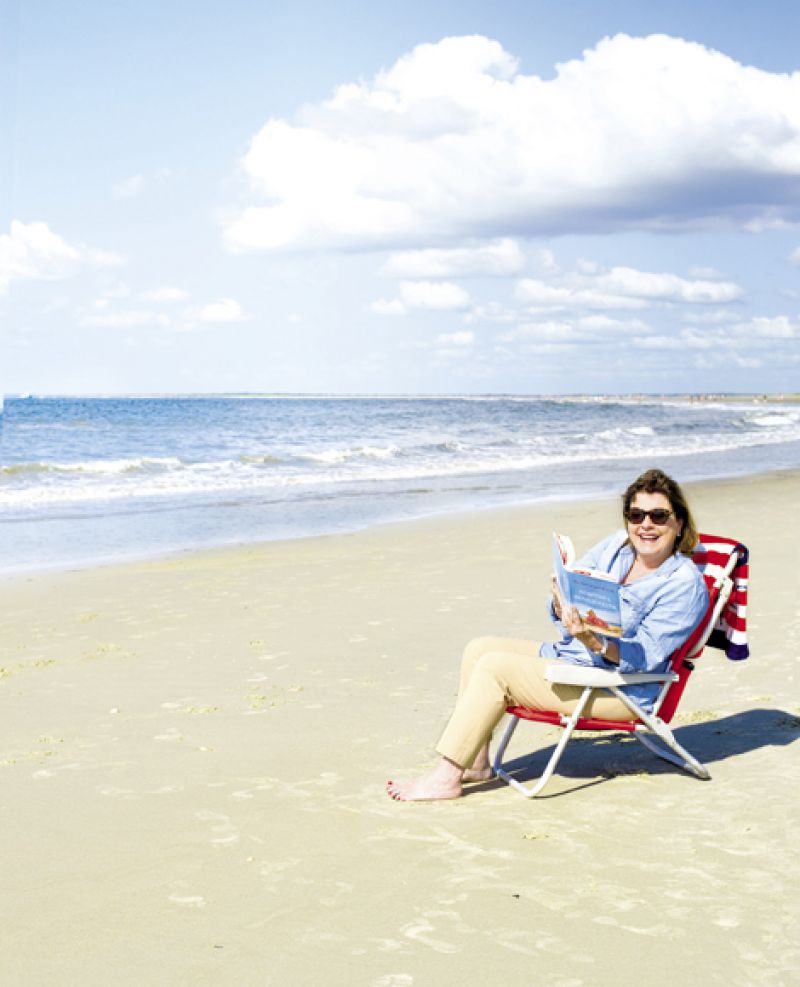 This summer, best-selling author Dorothea Benton Frank released her 14th novel, The Last Original Wife. Main character Les leaves an unsatisfying marriage and country-club lifestyle in Atlanta to spend the summer in her brother’s Holy City home—once occupied by Charleston Renaissance writer Josephine Pinckney. Though plenty juicy, the book centers around serious issues of divorce, aging, and searching for self. To get the back story, we caught up with Frank, a Sullivan’s Island native, as she set out on her summer book tour

CM: What inspired this book?
DBF: Oh probably a chain of events, but a number of our friends are getting divorces after being married for 25 or 30 years, and I’m stunned by it. I think often the driving factor is that the woman or man wakes up one day and says, “I’m going to be dead in 25 years, and I have to spend my life with this person who doesn’t even like to do any of the things I like to.” People also just fall out of love. But not me, honey, this is the happiest I’ve ever been with my husband!

CM: You’ve been married 29 years. What’s your marriage advice?
DBF: You love with your heart, but you marry with your heart and your head. You’ve got to think, “what’s he going to be like 25 years from now?” Is he cheap? It’ll only get worse. Is he a liar? Start running. And don’t expect too much—you don’t marry someone because they’re going to make your life better, you marry them because they make you better.

CM: We’re thrilled you named Les’ brother after our history editor, Harlan Greene.
DBF: Yes, I put Harlan in the book because I’m crazy about him—it’s something I do from time to time with friends and family. He has been very helpful over the years, sending me in different directions for historical research.

CM: Why did you include Josephine Pinckney in the book?
DBF: I got interested in her life when I was writing Folly Beach and researching the Heywards—Pinckney was one of the founders of the Poetry Society of South Carolina along with DuBose. She sold more than a million copies of Three O’Clock Dinner. “Why has she not been celebrated for her accomplishments, and who was she?” I wondered.

CM: Several women find independence in The Last Original Wife. Does Pinckney tie into that theme?
DBF: She does, but there’s a cost that comes with every big decision in your life. She never married and her career mattered so much to her that it overshadowed any domestic ambitions she might have had. Ultimately, she died alone in New York at age 62. That reality struck me as very sad—I think I’d like to have someone there to hold my hand at the end. But that was the risk she took. It’s the same risk my main character takes by leaving her husband—she could end up alone. People at age 60 have to think about that kind of thing.

CM: What are you working on now?
DBF: I’m writing a screenplay for Whoopi Goldberg based on my novel The Christmas Pearl. It’s a struggle, an entirely different sensibility than writing a book. I’ll be finishing fairly soon and then working on a book to be released next summer.