One of the most in demand entertainers in the city, DJ Natty Heavy spins records by night and writes children’s books by day
August 2022
WRITER:
Margaret Loftus
PHOTOGRAPHER:
Mira Adwell 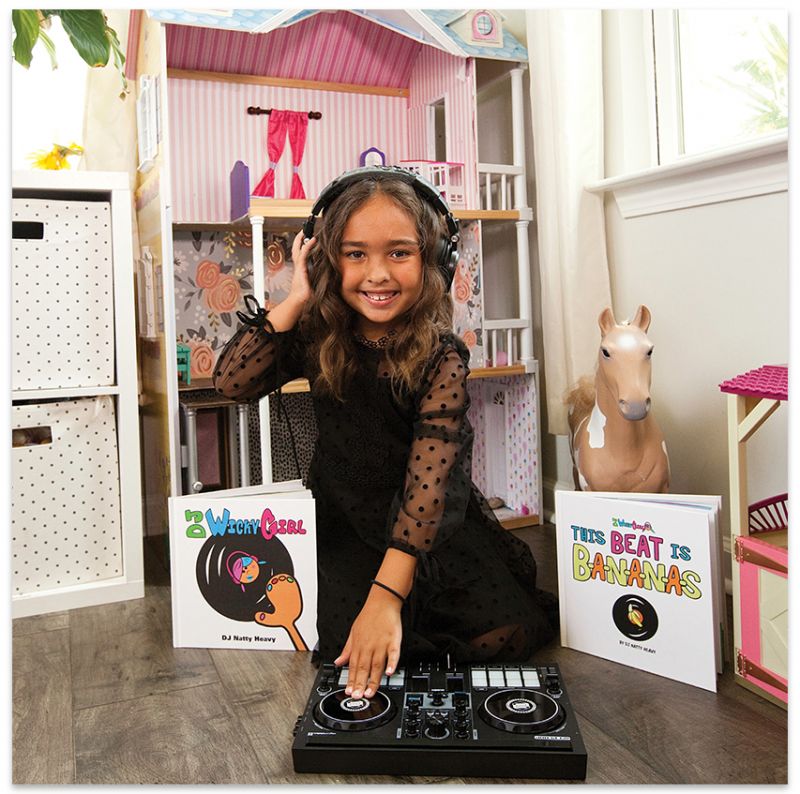 She’s Got the Beat Josalyn Lopes inspired her father, Nate—aka DJ Natty Heavy—to create a series of children’s books about a young girl whose beats aim to entertain and educate.

Nate Lopes was just 13 when he landed his first DJ job. He took over from a friend who was hired to deejay a school dance and lost his nerve, and the gigs have been rolling in ever since. After the school dance circuit, there were birthday parties, family events, even a 40th-anniversary celebration. He remembers his parents dropping him and all his gear off at events in their family minivan. “Now, I’m a 39-year-old with a minivan,” he laughs.

His ride aside, Lopes—aka Natty Heavy—is one of the hottest DJs in Charleston, playing weddings, fundraisers, and major events like North Charleston’s recent 50th-anniversary commemoration. He’s opened for major acts, such as Snoop Dog, Lee Brice, and Hootie & the Blowfish. He’s also the official DJ for the College of Charleston basketball team, just wrapped a 10-year stand with the Riverdogs, and has a drive-time mix on 95SX. But deejaying isn’t his only creative outlet: Lopes has self-published four children’s books since November. The idea for DJ Wicky Girl came to him during lockdown when he was home with his daughter, Josalyn, now six. “She was really into being a DJ, but there wasn’t a character that could be an inspiration,” he says.

Lopes has written and drawn illustrations for three DJ Wicky Girl books, which follow the adventures of the upstart DJ who uses music to entertain her friends. (His most recent book, Tyrannosaurus Raps, about a rapping dinosaur, came out in May.) The Wicky Girl character has inspired a line of merchandise, as well as a board game, mobile  games, and YouTube series—all created by Lopes (and available through djwickygirl.com). The books have been a hit locally: Lopes has been reading them in Charleston County schools. More importantly, they’ve resonated with Josalyn, who now has her own turntable, mixer, and headphones. “She tells everyone she wants to be a DJ, too,” he says. 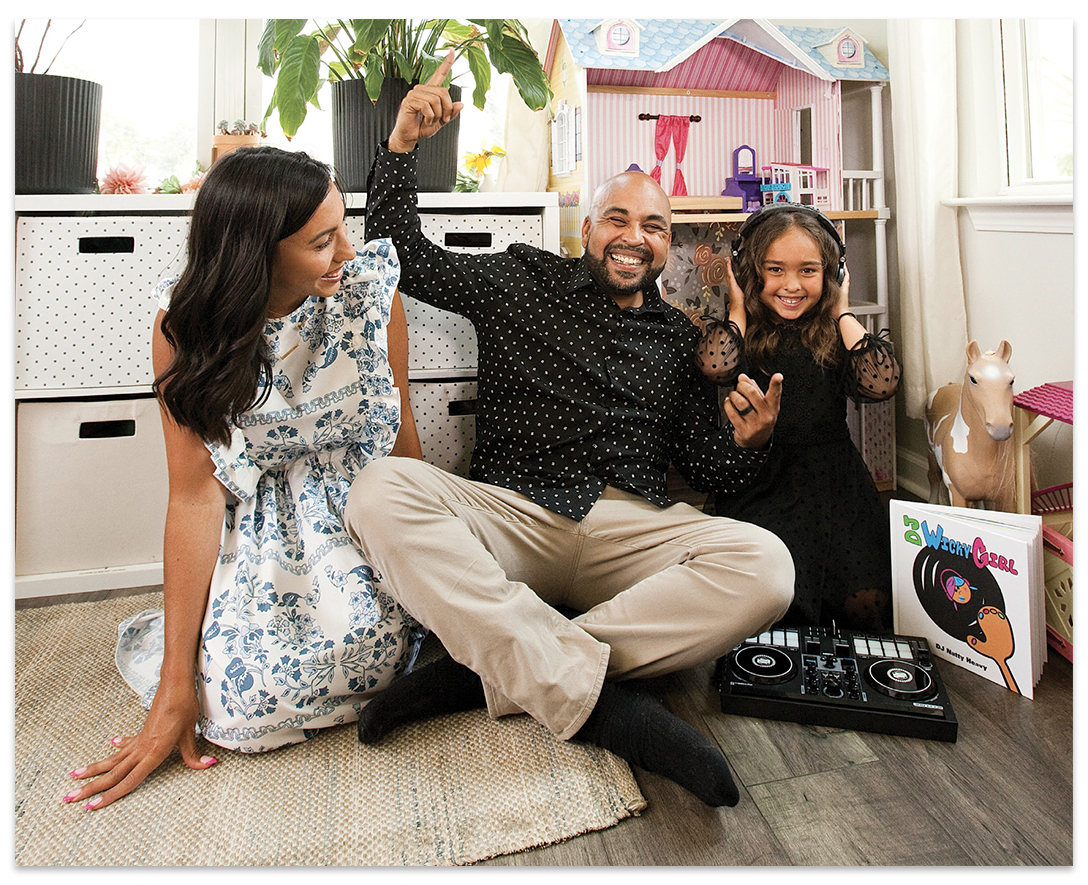 Nate Lopes, aka DJ Natty Heavy, with his wife, Desiree, and daughter, Josalyn, who inspired his series of children‘s books about DJ Wicky Girl.

Even as a young DJ prodigy himself, Lopes didn’t anticipate a future spinning records. While he continued to deejay through college at the University of Rhode Island, he dreamt of a career in radio. And ultimately, that’s what propelled him from his hometown of Providence, Rhode Island, to Charleston when the show he worked for moved in 2007.

But nightlife in the Holy City proved too much of a draw for the DJ in Lopes. “The city showed me so much love, and I was getting gigs left and right,” he says. After playing clubs in North Charleston, Henry’s on the Market came calling, and later, Social Wine Bar, O-Ku Sushi, Trio, and Deco.

Lopes says he isn’t focused on a particular genre. Rather, his goal is to keep the beats going. “I’ll play everything from Brittany Spears and Bob Marley to Diplo and Mozart remixes.” Case in point: a @NattyHeavy Instagram reel in which he plays Simon & Garfunkel’s “The Sound of Silence” over a Justin Bieber beat.

Now that he’s got a family—his wife, Desiree, works for the Charleston County School District—his club days are behind him. Besides, he says, weddings are more fulfilling, despite the fun he pokes at the industry in his laugh-out-loud reels. “I get to start families. It’s the best feeling ever. I won’t get that feeling from a bar.” Clearly, the love is mutual: he’s now booking into 2025. 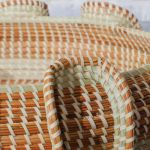 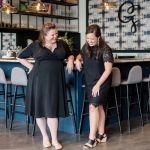 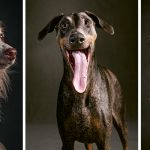