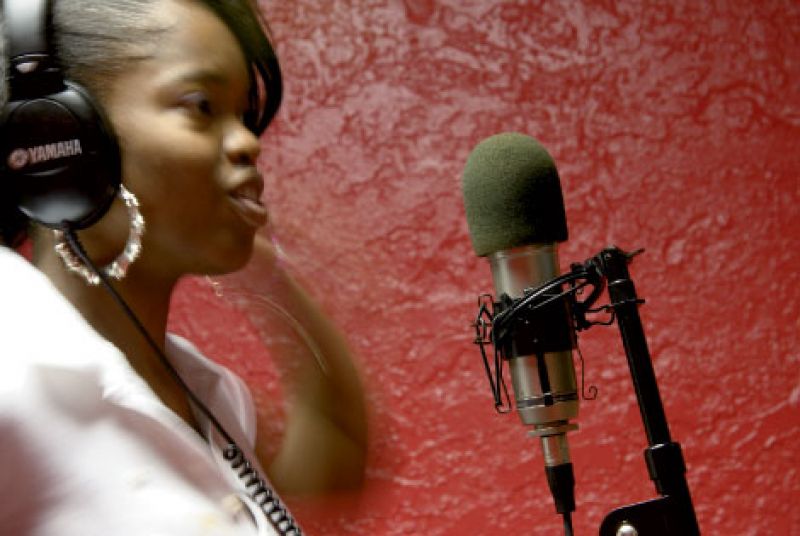 This lead guitarist for multiplatinum rock band Hootie and the Blowfish, Mark Bryan is accustomed to being recognized in public. But his excitement over a recent encounter has nothing to do with celebrity. “A woman stopped me the other day and said, ‘Hey, you’re that guy who helps kids record their own music!’” He beams at the recollection, thrilled to be noticed for his other gig: serving as chairman of the board at Carolina Studios, a nonprofit that gives local at-risk youth the tools they need to record and produce their own music.

Students are rewarded for school attendance with time on the microphones, amps, computers, and related equipment installed at two downtown studios. With the assistance of an instructor, they learn how to create and refine their own beats and tunes—a creative outlet that offers a positive after-school experience. “I think about what that would have meant to me as a kid,” Bryan says. “It’s something that can be truly life-changing, especially during those formative years.”

Over almost nine years, the organization has overcome its share of growing pains to build a donor base and find locations to set up shop. Today, the nonprofit has studios in place at the Mall Park Playground Recreation Center at America and Columbus streets and the Boys and Girls Club on Mary Street. “Our program has turned out to be the key reason these facilities can attract and keep teenagers,” says Carolina Studios executive director Johnnie Mitchell. “If the studio equipment wasn’t there, those teens wouldn’t be there, either. They wouldn’t be exposed to these positive influences and the opportunity to express themselves through music.” In time, the organization hopes to establish a dozen or more studios in North Charleston, West Ashley, and beyond.

Expanding to new venues with a bigger staff will require more than good intentions, though—additional funds are needed to purchase equipment and maintain a workforce. With that in mind, Carolina Studios will host a July 24 concert at Charleston Harbor Resort & Marina at Patriots Point, with all proceeds going to the nonprofit. Grammy-winning reggae legends Toots and the Maytals headline the evening, which also features a performance by the youth who’ve honed their skills through the program. “Don’t be surprised to see some talented kids on stage,” Bryan says. “All they needed was an opportunity; we’re just grateful to be a part of it.”

Sample Carolina Studios’ creativity at www.myspace.com/carolinastudiosmusic and listen to tracks from local artists-in-the-making. To donate or volunteer, log on to www.carolinastudios.net.