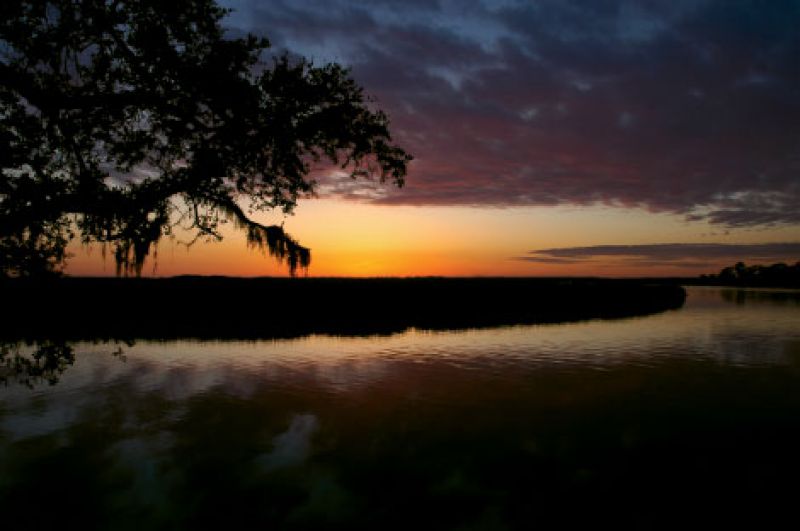 Imagine driving over the Cooper River on a multistate freeway while a massive cargo ship passes underneath, heading to a global port on Daniel Island. If that sounds like attractive growth, you’re likely not a member of the South Carolina Coastal Conservation League (CCL). In 1989, everywhere CCL cofounder Dana Beach turned, people were conceding that “sprawl is inevitable.” Without focused action, he realized, the Lowcountry would lose much of its natural beauty and cultural charm. “There was a sense of futility,” he says. “People had no hope that we could protect any areas from development.”

Beach recruited Jane Lareau, a fellow staffer in Senator Arthur Ravenel’s office, and went to work writing grant proposals in a borrowed office. They scoured the 350-page Charleston phone book, contacting anyone with a name they recognized. Within a few months, they’d secured a growing membership base and begun plotting battles. With every small victory CCL accomplished in its early years—from defeating permits to dump toxic waste in Four Hole Swamp to persuading the Forest Service to restore native ecosystems in the Francis Marion National Forest—more people bought into the hopeful vision of an ecologically healthy Lowcountry.

Two decades later, CCL’s 4,000 members and 25 employees operate from four regional offices, and their legacy of accomplishments is staggering. They’ve kept industrial hog farms from devastating rivers, stopped Interstate 73 from cutting through the National Forest on its way to Detroit, and blocked the Global Gateway port expansion on Daniel Island.

“These seemed like amazingly courageous stances,” recalls Nancy Vinson, who joined the league in 1994 as water quality program director. “People said, ‘You’ll never win against the Ports Authority. They always get what they want.’ And who had ever beaten an interstate before?” Today, industries and developers approach CCL for input when designing plans, fully aware that environmental disregard will be met with stern opposition.

The coming decade brings continued struggles with port expansion, the proposed coal-fired power plant in Florence County, and the extension of Interstate 526. But CCL is also hard at work with a new program promoting local produce, supporting the farms that still exist thanks to the group’s land-use efforts. “What’s special about this place, and how do we keep it that way without commodifying it or selling it off?” asks Beach. “I think the Coastal
Conservation League has a pretty good vision of an ideal future for the Lowcountry.”