My Country
Ballads to life, love, and real country music 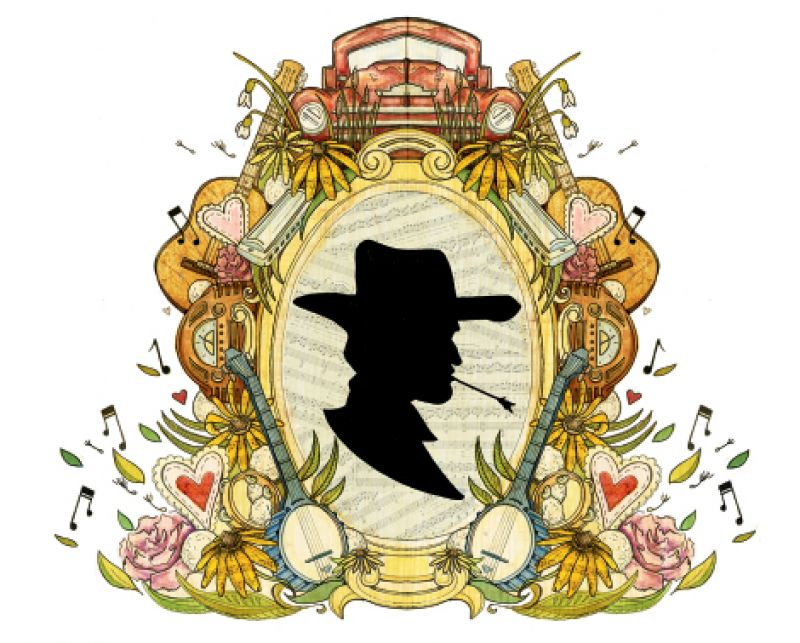 I courted my wife, Lil, while listening to country music. I mean real country music, songs that A.P. Carter had gathered up out of the Appalachian hollows back in the ’20s. Our favorite radio station was one of those 10-million-megawatt ear-wrenchers. The chief advertisers pitched mail-order tombstones, baby chickens, and dashboard Jesuses. And the song lyrics—“I traced her little footprints in the snow.” “We were buddies herding cattle.” “I told the undertaker, ‘Undertaker please drive slow.’”—were about life and death and love and work and sorrow, occasionally even joy.

What was playing on the other stations? Elvis Presley singing about Acapulco. The Beatles loving you, yeah, yeah, yeah. The Beach Boys? Frank Sinatra? We weren’t listening. For Lil and me, it was nothing but the Carter family and the like. We’ve been married for 45 years, and I’m going to credit that success to the lessons learned from a close listening to the complaints and resolutions of country music.

Those two were on TV together. They said that they loved to hear from young songwriters, so I sent in a handful of my best. All I remember is that one had a chorus that went: “Oh, sweet Jesus, what’s the score?/What are my tax dollars going for?” My letter came back unopened, accompanied by a form saying: “We get so much of this crap, we don’t bother to open the envelopes,” or something like that.

Screw ’em. Johnny Cash might have married June Carter, but what did Kris Kristofferson know about life down in the hollow or out in the swamp or even on the plain? He’s a Rhodes Scholar. Nobody ever gave Dolly Parton or Porter Wagoner any Rhodes Scholarships. Who in Bakersfield, or even Nashville, had even heard of a Rhodes Scholarship?

But the truth is that country music, like much else, began to pale. After awhile, I figured I’d heard it all. I went elsewhere—anywhere else—for listening enjoyment: Paul Simon, Jimmy Cliff, Carole King, and Patti Smith. In 2006, I set my radio on the satellite Motown station and left it there for two years. A few months back, I put a Bob Dylan bootleg CD on and have been listening to it eight or 10 times a day. All I ask for is a strong narrative and sometimes not even that.

So what’s happened to the world of country music? People still drive pickups, go to jail, get drunk, and break up with their lovers. People still get born, fumble through life, get happy and sad, kiss, hug, fight, find God, lose money, live, and die. Plenty of material there to sing about, and plenty of good small bands around to sing about it. Nope, it doesn’t have to be just big-business rock ’n’ roll with a computer-generated twang, and I could help.

The other day, I was listening to a country station riding home from Charleston, and it occurred to me (as it often has and usually to no profit) that I could write a country music song despite Kristofferson’s long ago (and need I add brutal) dismissal. I still have no ear at all for music, but so what? Without the aid of paper or pencil, I came up with this:

My son Aaron’s old roommate from school, David Hane, loved the song. He has a Columbia-based honky-tonk band called Devils in Disguise. He swears they’re going to record it, so I wrote a second one. Not that it’s a fitting tune, but I used the melody for “Let’s Spend the Night Together.”  It starts out:

I’ve seen the writing on the wall,
Looks like an angry woman’s scrawl.
‘I know you know better’ is what she wrote.
In lipstick there with a double coat
From the ceiling to the floor
And even the door.
I know the shade, it’s the one she wore.
Red. Raging Red, Red, Red.
Red, Raging Red.

See how easy it is? Just imagine yourself alone and miserable and certain it isn’t your fault. Now that I’ve gotten you this far, I’d like to speak of my true love: opera writing. But no. I’ve used up all my space, so I’ll save that for another time.