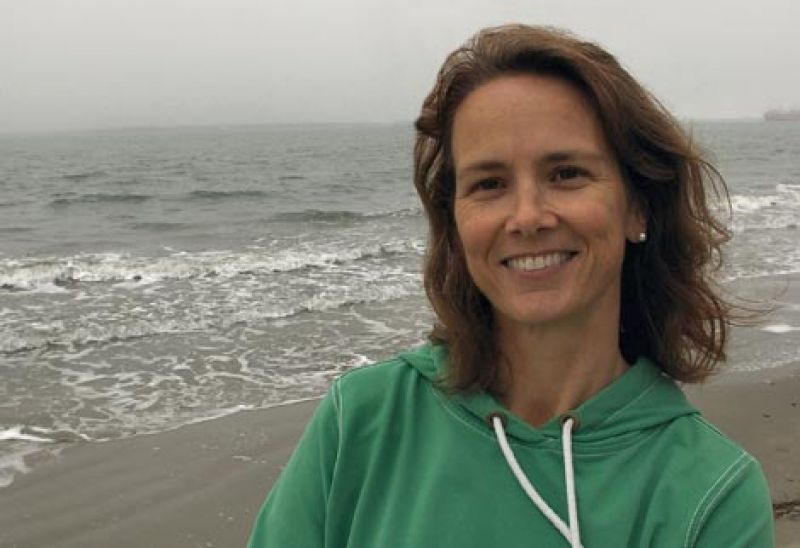 Mrs. Newsome smiled when Bess came in, her wavy brown hair still damp from the shower. “Thank God for Bess,” she’d say to Judy, the lady who helped out some and kept the books. They called her the Saturday girl; Bess only worked on the weekends, bringing fresh teenage energy to tackle the boxes and garbage bags full of donated clothes and books that had accumulated in the storeroom downstairs. Mrs. Newsome had run the Encore Store for 20-some years, ever since her husband had died. Besides Judy, and now Bess, she was it; no wonder she was weary.

Around 9:45, 15 minutes before the shop opened and just 15 minutes after Bess dragged out of bed, her mom Janet, an artist, would drop her off before heading to her weekend Curves session, Bess finishing her banana as she walked up the stairs. The Encore was above a gallery on Church Street in a lovely old building that had seen its share of encores. “Like New, Good for You” was the thrift store’s motto—“Good for You” because proceeds benefited the Lowcountry Medical Society. Bess’s grandfather and then her father, Frank, both cardiologists, had served a term or two as president of the Medical Society—a hand-me down position in a hand-me-down town, Bess thought. Her dad’s stint was before his still-pending malpractice mess, and before her folks split.

The Encore was good for Bess, too, for lots of reasons. She liked the eight bucks an hour, easy money without having to babysit kids whose parents who came home tipsy and paid poorly. She liked Mrs. Newsome and Judy and the fact that they trusted her—when Bess started at the Encore the summer before 10th grade, she only did routine sorting and folding, separating skirts and pants, shirts and dresses, boring stuff—but now Mrs. Newsome let her jazz up the handbag displays and dress the mannequins. She counted on Bess to add some hip flair to the has-been threads, luring the College of Charleston girls who had started coming in more frequently. And Bess liked the clothes—including having dibs on finds like the Citizen jeans she got for $12 (with her discount). But even the run-of-the mill Talbots dresses, the slacks, and the sweater sets favored by Charleston women held an odd appeal—their slight smell of sweat and melancholy, their perfumed memory, the secrets that seeped into their creases and folds. Who had worn them when, and where, Bess often wondered. And who had taken them off whom, she also quietly fantasized, especially when she ran her fingers over the finer wear, the chiffon gowns and sequined tops that probably debuted at the Spoleto auction or symphony gala. Bess made sure they didn’t get bunched up on the crowded racks. As she neatened, Bess could almost hear the clothes whisper their stories—the way the mother of the bride shed bittersweet tears as she wore the light peach silk suit that was a little too tight; the flirty thrill a woman felt in the black halter top that dipped daringly low.

“Phyllis Dockery called to say she’s bringing in a few coats and a bag of belts and scarves around noon,” Mrs. Newsome announced. “I’ll be picking up my granddaughter then. Can you look through them and decide what we keep? You know how Mrs. Dockery can be, tossing off all that plaid.” It was early fall, when sunsets melted burnt orange over the harbor and that first welcomed chill sent folks digging through their closets.

“Yes ma’am, of course,” Bess replied, her cotillion manners masking her giddiness. She loved Saturdays when Judy was off and Mrs. Newsome “stepped out for a spell,” leaving her with full run of the shop. She felt so grown up, so in charge. Sure she could handle Mrs. Dockery; hell, she could handle anything, she thought. Since her dad moved to a condo last spring, Bess had been more or less holding things together around the house, making eggs or baked potatoes for dinner on nights her mom didn’t have the energy, dusting the living room when a dingy film started to cloud family photos on the piano. “Take your time, I’ll be fine,” Bess added. “Mrs. Dockery and my grandmother play bridge together. We go way back.” But, thank god, not as far back as those hideous paisley scarves, she thought.

It was quiet in the shop, only a mother holding a baby in a sling, checking out the blouses—convenient for breastfeeding, Bess surmised—when she heard voices on the stairs. Instead of Mrs. Dockery, who usually yells for someone to come down for her bags, it was two girls chatting about a party after the Bishop England football game. Voices Bess recognized from school, but couldn’t quite place. Her own friends seldom stopped by the shop—she discouraged it, didn’t think it was professional.

“You see him give Shannon the total diss?” one said.

“Yeah, but man, she, like, so deserved it. She was so rude it wasn’t even funny. Like, how shitty can you be?” the other said as they walked into the shop. “Oh…hi, Beth, I mean Bess. I mean, I didn’t know you worked here.”

It was Chloe Parker. Chloe, whose straight blond hair, glossy smile, and skinny jeans made her the envy of the underclassmen. Chloe, whose stylish mother Rebecca, a successful real estate agent whose confident, smiling face was pictured by grand Charleston homes in magazine ads (“Make it yours,” the ads said) had had an affair with Bess’s dad. Or so rumor had it. Chloe’s folks were back together; Bess’s never talked about it, at least not with her. She only heard comments and questions from friends. “God, how could he?” her pal Sarah once said when passing a For Sale sign with Mrs. Parker’s picture and “Call Rebecca!” on the bottom.

“We’re great,” Chloe replied in a chipper, nonplussed voice. They rarely ran into each other at school, but this is how Bess imagined Chloe always sounded—cool, on top of her game. “Watched the team tank last night. Were you there?”

“No, no, had other plans,” Bess lied. “So…yeah, what brings you in? We’ve got some not-bad boots that just came in. Some funky old jewelry.”

“Actually, my mom asked me to drop these off.” Chloe offered Bess a bulging Saks bag. “Reuse, recycle, you know. She’s all into green.”

Yeah, that’s not all she’s into, Bess thought to herself, but “Great, thanks. Green is good,” is what came out. Bess felt her face flush, wishing she was quippier, wishing she was home, or at the library, or anywhere but here. “I’ll grab you a receipt.”

Bess took the bag behind the counter and felt slightly sick to her stomach. Chloe and Jen made a quick lap around the store, giggling at ensembles of velour jogging suits, before ducking out. “Bye. Later,” they chimed.

The Encore was quiet again, the distilled autumn sun warming the big old windows. No sign of Mrs. Dockery, which was a good thing: Bess wasn’t up for more perfunctory pleasantness. She sat at the counter and looked at the bag, a black mohair cardigan with lace at the collar folded neatly on top. Her heart tumbled around; her fingers tingled.

Chloe wore nice clothes, nothing too punk or too showy, but always well put together. Her mother seemed sleek and sophisticated, too, the few times Bess had seen her around, and oh-so polished in her half-page ads. She was the kind of woman whose heels clicked smartly. Bess’s mom, on the other hand, was a jeans-and-clogs gal, understated to a fault, according to Bess’s fashion sensibilities. Her mom favored Gap turtlenecks, even when it was too hot. Since the separation, Janet had begun dressing even more casually, and she hated shopping. Instead, she overhauled the flowerbed, cleaned out the garage, and Craigslisted Frank’s leather loveseat and movie poster art, but she couldn’t bring herself to buy new clothes. “What’s the point,” Janet said. The master closet remained half-empty, a gray blazer and some ties hanging on the tie-rack behind the door were Frank’s only Brooks Brother remnants.

Lately, however, Bess hoped her mom might be turning the corner. Janet had started working out, if Curves counts as that, and seemed to have more energy. She dabbled with yoga once or twice, took the dog on morning beach walks and would occasionally meet friends at the Terrace. She and Frank had decent phone conversations, or at least ones that didn’t end in shouts and tears. And she was painting again, just thin watercolors, mind you, not the dense, evocative oils she was known for, but still, painting.

Bess sat at the counter and nudged the Saks bag with her feet, feeling its heft. Why not? They’re just clothes, she tried to convince herself.

That afternoon when her mom came to pick her up, Bess put an Encore bag in the back seat. “Found some stuff today,” she said. “A few things for you.”

“Nope, real finds. Might even look good with the leopard tights, you never know,” Bess laughed. “Just some maybes. You can try them and see.” Janet nodded and winked at her daughter, forever amazed by her steadiness, grateful for Bess’s resilient optimism. She was the child who could always find the tiniest hermit crabs in tide pools by the jetties. “Just look harder, Mom,” she’d say.

The rest of the drive home over the bridge was mostly silent, only Prairie Home Companion on the radio, with Garrison Keillor’s heavy breathing nose whistle that drove Bess crazy. She bet he wore only itchy tweed and flannel shirts from 30 years ago.

They had soup for dinner, then Bess went to a movie with some friends, and upstairs in the quiet hollowness of her walk-in closet, in front of the mirror where Frank used to leave sexy notes, Janet opened the Encore bag. A clingy dress with three-quarter length sleeves in a lovely pale orangish-pink, the color at sunset, the color of a whelk shell’s inside. A soft black sweater with vintage lace at the neck. An ivory blouse with billowy sleeves and pearl buttons, and a silk camisole to go under it. Janet was both touched and taken aback. Not her style at all, but that’s okay; she realized that was the point. Payback for all the times she made Bess wear gingham jumpers and smocked dresses to Sunday school.

Janet held the blouse up under her chin and angled left and right in the mirror. “Heck, why not?” she smiled, imaging Frank there behind her, nuzzling her neck in the mirror. Why not?

ABOUT THE AUTHOR
Stephanie Hunt is Charleston-based freelance writer and editor. As a contributing editor for Charleston magazine, Charleston HOME, and a regular contributor to Skirt! Magazine, her work runs the gamut from profiles and personal essays to features and travel writing to spinning copy for corporate clients. She also contributes to several online journals, including SOMA Review and Literary Mama. A graduate of Duke University and Vanderbilt Divinity School, she lives in Mt. Pleasant with her husband and three daughters. Her collection of essays, Peeking Under My Skirt, is available through Amazon.com. This is her first published short story.