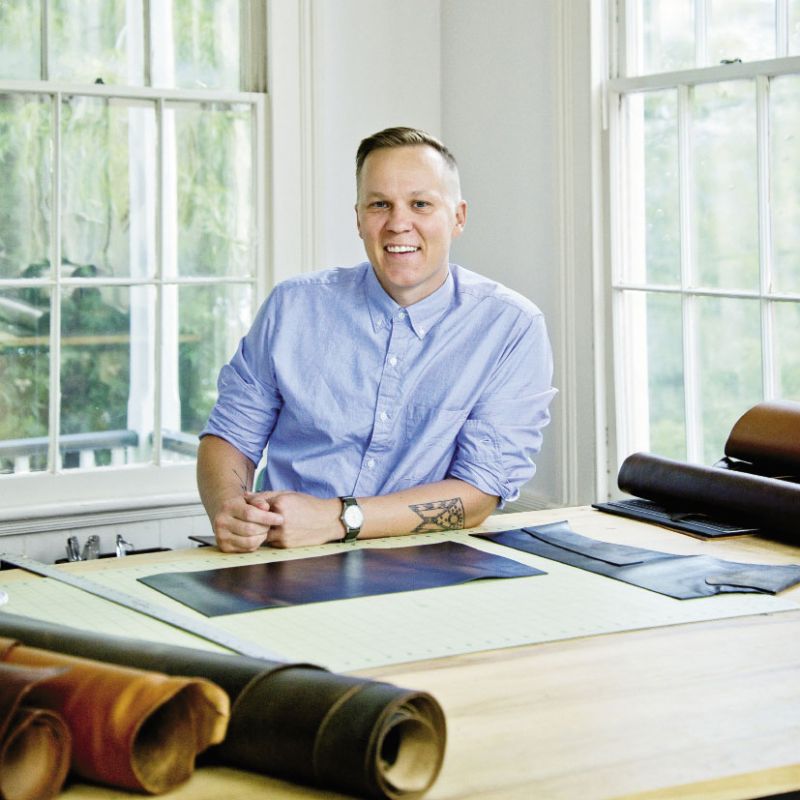 Erik Holmberg may be the founder, designer, and lead craftsman behind J. Stark, a rising brand of hand-stitched leather goods, but he doesn’t consider himself a style guru. “My products start with a purpose,” he says, “and I go from there, using the best materials I can find.”

Judging by the company’s wide collection of wallets, totes, women’s handbags, and more, all with a rugged-Americana-meets-millennial-approved touch, one would never guess that Holmberg’s first experience with leather was less than three years ago when he made a gift for a friend. He was hooked immediately, and J. Stark (named for James Dean’s role in Rebel Without a Cause) was established in 2013. Today, the former website developer works out of a studio in the historic Tellis Pharmacy building on King Street, often with one or two employees.

Crafted from American-manufactured Horween leather or the finest canvas, denim, and wool available, J. Stark’s products are sold online and in a handful of places around town, including Sneaker and The Daily. Holmberg recently attended his first fashion-industry trade show in New York, where he expanded his network of wholesalers.

“I’ve been talking to companies from South Korea, Japan, and Canada,” he says. “The fact that I could be making a product that explodes in another part of the world—that’s exciting to me.” Still, he dreams of opening his own brick-and-mortar shop in Charleston. “There’s a huge support system here for entrepreneurs and locally made products,” he notes. “We really look after our own.”

Designed to Last
J. Stark’s growing in many directions—take a look

➼ The goods are currently sold in shops in 10 U.S. cities, including Chicago, Austin, and Laguna Beach.

➼ Holmberg has a two-piece apron in the works. ”The top’s an open-backed vest, and the bottom has a split in front for easier movement,” he says. 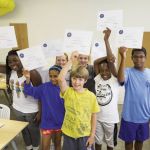