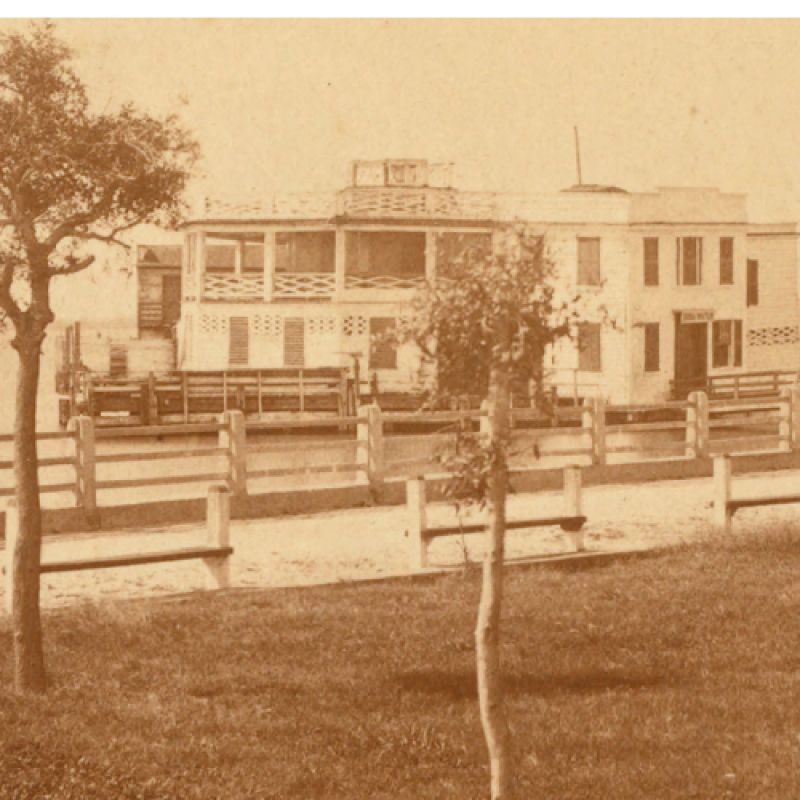 “There will be a fine tide for bathing this Afternoon and Tomorrow morning,” declared an advertisement for the Salt Water Bathing House in the August 4, 1827, Charleston City Gazette. Indeed, in the formal Charleston of the 1800s, going for a swim was done in grand style at these floating structures that invited people to enjoy the cooling waters of the harbor.

The first saltwater bathing house opened in 1814, a circular building anchored in the harbor just below Atlantic Street and connected by a walkway to East Battery. A newspaper ad noted that it had 40 “capacious private bathing rooms lighted by Venetian windows, a large swimming bath in the center.” A year later, the City Gazette reported that the bathing apartments were now lined to “exclude those marine animals which were so troublesome last year.”

The semi-private bathing house offered season subscriptions for families, though visitors could pay a one-time fee. The luxurious facilities included promenades, sitting areas, a bar for men, and an ice cream “saloon” for ladies.

Over the years, there would be various bathing houses in Charleston, but from the 1840s on, one could be found at White Point Garden. These establishments were host to all manner of civic entertainments, with swimming during the day, concerts at night, and fireworks on the Fourth of July. When the Palmetto Regiment returned from fighting in the Mexican War, a sham battle was reenacted with the Charleston Riflemen “defending” the bridge to the place. And during the Civil War, the roof of the bathing house was used as an observatory by the Confederate Signal Service.

A hurricane in 1885 and a pesky location issue (a main sewage drain made swimming, shall we say, “disagreeable”), led to the demise of the attraction at White Point. A smaller structure was built in the 1890s at the end of Tradd, but times had changed (regular ferry service was now available to take Charlestonians to Sullivan’s Island and the new resort called Isle of Palms), and it closed in the early 20th century.