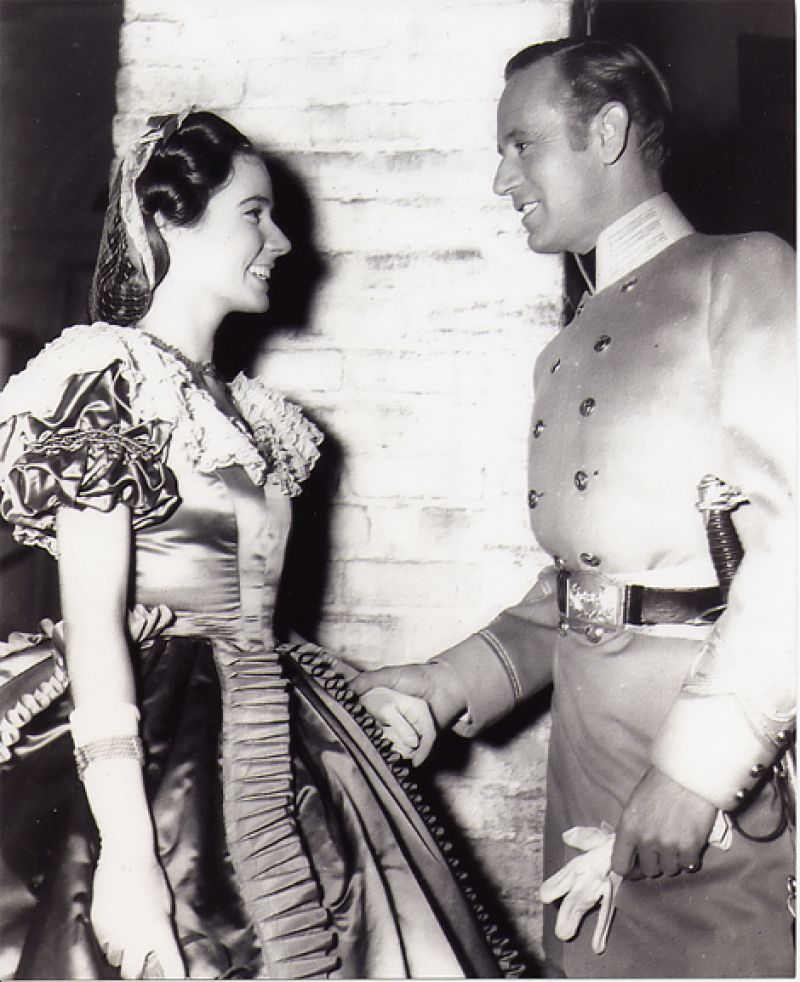 Artist and actress Alicia Rhett ventured from the Holy City to Hollywood and back againAs Charleston commemorates the 150th anniversary of the Civil War, we’ll hear again of the Robert Barnwell Rhetts—father and son secessionists who thundered for independence long before shells flew at Fort Sumter. And we’ll again encounter Rhett Butler, of Charleston, the hero of Margaret Mitchell’s classic whose tempestuous love affair with Scarlett O’Hara was almost as stormy as—and less decisive than—the battle of Fort Sumter. But their story demands mention of yet another Rhett:  Alicia Rhett, the oldest surviving cast member of the film version of Gone With the Wind.

Born in Savannah the granddaughter of the first Confederate commander of Sumter, Rhett moved several times as a young girl before eventually landing in the Holy City. Following her graduation from Memminger High School, the budding painter worked with the Works Progress Administration; in fact, we can still see her artistry in the royal arms crowning the Dock Street Theatre proscenium. But Rhett’s talents weren’t limited to backstage; she also appeared in The Recruiting Officer, opening the Dock Street Theatre in 1937, and other local productions.

At the time, Hollywood agents were crisscrossing America in search of the perfect Scarlett O’Hara. When talent scout Kay Brown caught one of Rhett’s performances, she saw potential for the part of Melanie Wilkes and whisked her to New York for screen tests. Director George Cukor agreed that Rhett’s grace, presence, and bewitching hazel eyes and auburn hair were right for the role. “I think Alicia Rhett has charm and the ideal looks and quality for Melanie,” he wrote. “Rhett has a reality about her that is very engaging.” But Cukor worried the part would be too complicated for the novice actress, so he cast her instead as India Wilkes, sister-in-law to Melanie and Scarlett’s sworn enemy.

Between takes, Rhett sketched everything and everyone, later giving thumbnail portraits to the News & Courier: “Clark Gable was great, always on time, always knew his lines. Leslie Howard had charm to burn. Vivien Leigh was delightful, an indefatigable worker, and just as pretty off stage as on. So was Olivia de Havilland.” But a sketch of Rhett would have shown her to be an artist more than an actress. Though she acted beautifully, Gone With the Wind would be her only movie role. After filming, she returned to Charleston to become a WTMA radio personality and began drawing portraits of World War II servicemen stationed in and passing through the city.

She ultimately shunned fame entirely and is even rumored to have burned her letters from fans. She chose instead a private life on Tradd Street, taking solace in her art and walks along the Battery before her declining health forced her into a retirement facility.

At the end of Gone With the Wind, Butler returns to Charleston to see if any grace or charm is left in the world. Had he been of our time, he’d have found both, as we have, in Alicia Rhett