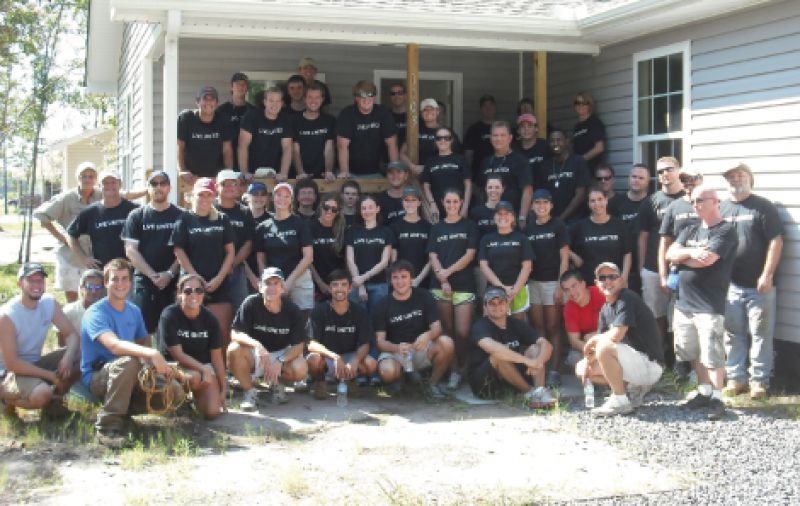 At the Mount Pleasant office of Johnson & Johnson, it won’t be business as usual on Friday, September 9. Instead of spending the day at their desks, dealing in commercial and personal lines of insurance, employees will be sawing and hammering for Sea Island Habitat for Humanity (SIHH) and packing up goods for the Lowcountry Food Bank.

So what gives? It’s Trident United Way’s (TUW) annual Day of Caring, which invites local companies and organizations to partner with nonprofits and schools for a day of charity work. Johnson & Johnson has been involved since 2003, but three years ago, owners Francis and Harry Johnson, along with their late brother, Robbie, made the decision to entirely close up shop for the day. Even employees based in the 13 other states where the company does business go out to volunteer in their own communities.

“Our grandfather, Harry L. Johnson, who founded the company in 1930, and our father and uncle—Robert and Harry Jr.—who carried on its success, gave us an incredible legacy,” says Harry. “And they taught us that we should take advantage of that legacy by giving back.”

“Honestly, we get even more out of it than we give,” adds Francis, who is serving as TUW’s 2011 event chairperson. “Digging post holes and roofing, we learn about each other and build camaraderie. Everyone returns to work pumped up and sharing stories about their experience.”
While the pair sees plenty of power in a day of doing good, their goal is sustainability. Employees devote work hours to SIHH several times a year, fill bags for Backpack Buddies monthly, raise money for TUW (they’re working to top their 2010 gift of $230,000), and participate in charitable runs galore. “Our employees are passionate about giving back. They bring all of this to fruition,” says Harry. “We just make it clear that volunteering is part of our company culture and give them recognition for what they do.”