Get the Party Started

Get the Party Started
May 2009
From the start of Spoleto in 1977, Charlestonians have opened their homes, and hearts, to the festival 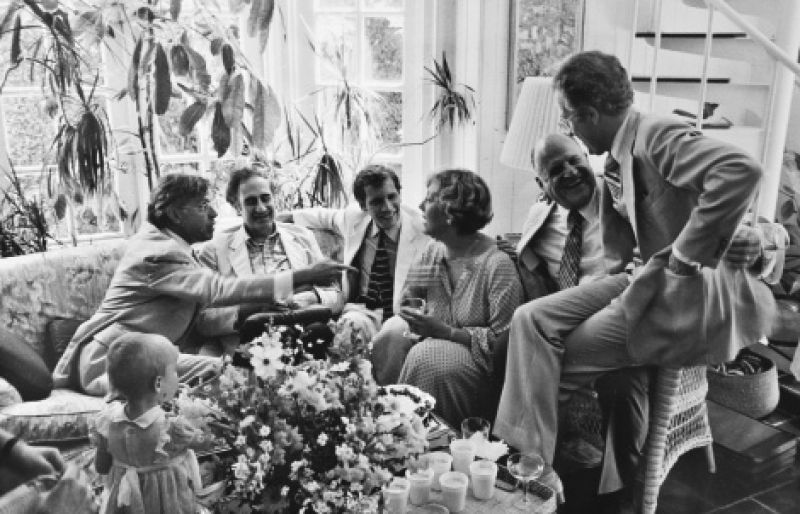 For the Spoleto set every spring, second only to tickets to the premiere productions are the highly coveted invitations to the after-parties—exclusive soirées where the artists and aficionados, visiting press and various VIPs get to meet and mingle over cocktails and fancy hors d’oeuvres in stately downtown homes and gardens. What today’s Spoleto neophytes may not know, though, is that this tradition was born of true Charleston hospitality, as locals happily opened their doors to the nascent festival and its bevy of performers and audiences.

“Why in the world wouldn’t I make some cheese biscuits and open the gate to my garden?” asks the Chamber Music Series’ first hostess, Patti McGee, who—with her husband, Peter, and two daughters, Madeleine and Evelyn—lived next door to the chamber stage at the Dock Street Theatre. For 16 years after the festival’s inception in 1977, musicians and audience members alike would spill over into the McGee courtyard after each midday concert and spend the afternoon feasting and fêting. “Everyone helped out,” says McGee. “Anabelle Smith brought her artichoke dip, and I don’t know what we would have done without Pearlstine Distributors donating the wine!”

Through the years, the McGees entertained rising talents such as Yo-Yo Ma and Joshua Bell; visiting luminaries such as Tennessee Williams; and even the Today show’s Jane Pauley and Tom Brokaw when the morning news program transformed the courtyard into their green room in 1978. But more importantly, McGee says, they were able to develop friendships with series founder Charles Wadsworth, longtime codirectors Paula Robison and Scott Nickrenz, and some of the regular ticket holders “from off.” “Those years were a wonderfully enriching experience for me and my entire family.”