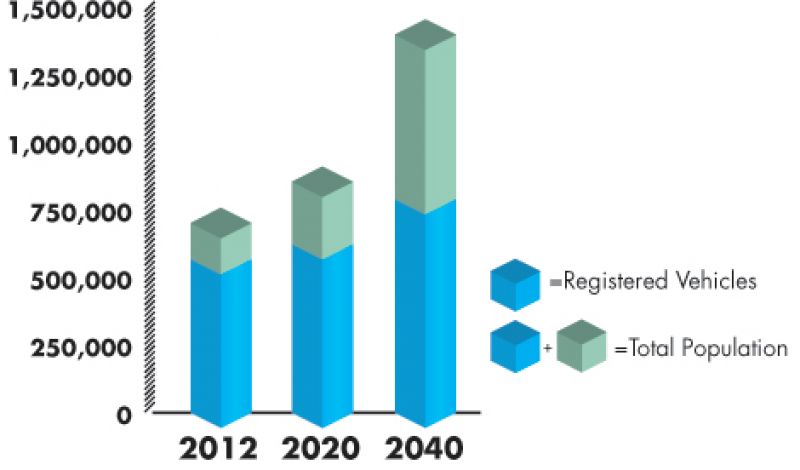 Hope you’re not afraid of crowds because with a current annual population growth rate of about 2.5 percent, the Charleston region is expected to hit one million sometime in 2028. That’s a benchmark density that will shift Charleston from quaint Southern city to major metropolitan area. It, of course, also means added stress on our already taxed public infrastructure and crowded roadways, currently servicing more than 560,000 registered vehicles—a number expected to increase by 40 percent in the next 30 years. Think alternative transit. 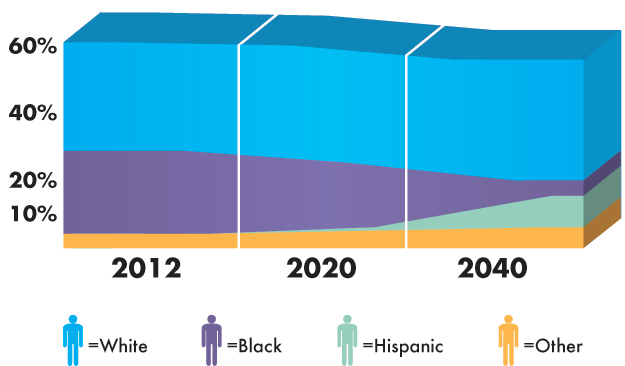 Experts suggest South Carolina’s current anti-immigration stance may stifle growth in the region’s Hispanic/Latino population. While this currently is the fastest growing section of the population, there has been an almost six percent drop in annual Hispanic community growth since 2009. Expect the metro area to remain predominately white until about 2050.

America is graying, and Charleston is no different. Between 2011 and 2029, the area’s Baby Boomers—about one-fifth of our current population—will enter into “retirement” age, with impacts on workforce, health care, social services, golf course tee times, and on and on. Charleston’s appeal to students and an ongoing influx of Gen X and Yers will keep things vibrant, but the Holy City will definitely show its age.

Sources: Future numbers based off data from South Carolina Office of Research and Statistics, U.S. Census 2001-2012, & Charleston Regional Competitiveness Center.
Note: 5-10% margin of error; numbers may not add to 100 due to rounding. 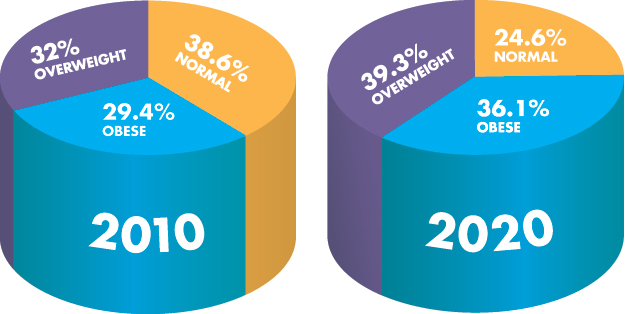 Health
There Will Be More of Us and MORE of Us

Swallow hard on this one: more than 61 percent of our population is overweight or obese, and like our waistlines, this number is only growing. At the current rate, nearly three-fourths of Charleston’s population will be overweight by 2020. 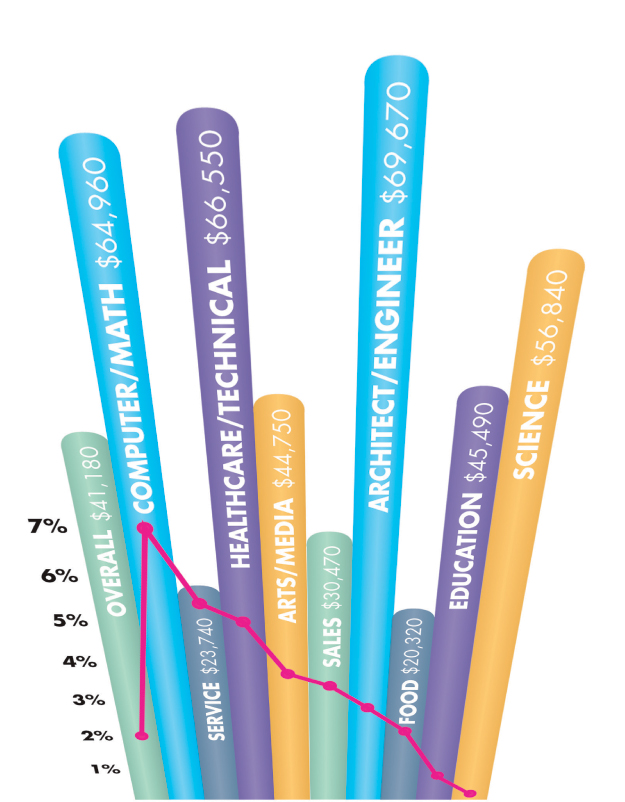 Jobs
More Jobs and Better Pay on The Way, But Can We Keep It Going?

Maybe spending all day on your digital device isn’t so bad. Charleston is gaining notoriety as the “Silicon Harbor,” with jobs in the knowledge-based economy showing twice as much growth as other fields. This means more education focus in the STEM (Science, Technology, Engineering, Math) fields is a must to meet the talent pool demands. According to the Brookings Institution, we recently became a top-10 metro area in terms of economic output and currently rank 12th in employment, but jobs in education and science are still lacking. Good news on the wage front: new jobs are projected to pay above the national average in the next 10 years. 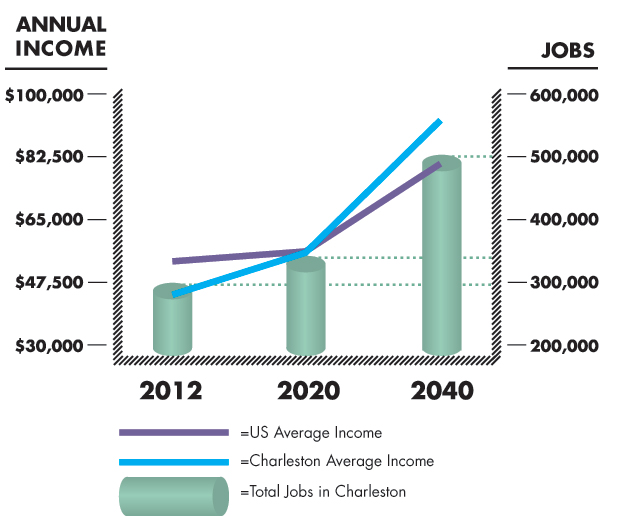