From the Top
May 2015
WRITER:
Elizabeth Pandolfi
PHOTOGRAPHER:
Emanuel Echeverri
This month, musical theater sweetheart Mary Fishburne takes the stage in not one, but three local productions 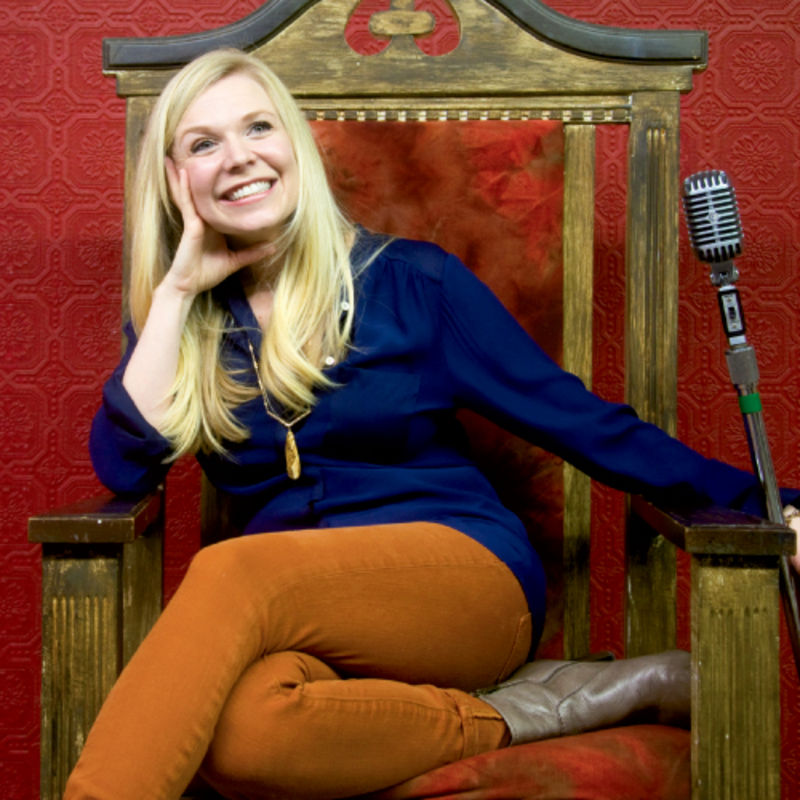 With her petite figure, blonde locks, and angelic voice, it’s hardly surprising that Mary Fishburne is often cast as the soprano ingenue. And although she’s certainly capable of much more (read on!), those roles have been good to her.

After graduating from Vanderbilt, the native of Rock Hill, South Carolina, acted in New York City for three years, also traveling to perform with groups around the region. But in 2009, Fishburne’s sister, Anne, grew very ill, and she left the Big Apple to be with her in Charleston. Today, she’s settled in for good and—despite welcoming her first son, Cotesworth, with husband Geoff Hayden last December—keeping up a dizzying schedule of teaching and performing. This month, she takes the stage in Village Repertory’s The Explorers Club; Divas in Distress, in which she impersonates 23 famous singers; and UNED!TED’s Cabaret Madre: A Musical Salute to Mothers. She fills us in.

Finding her style: I played violin and sang classically growing up, and once I got to Vanderbilt in Nashville, the violin became a fiddle, and my singing got to be more of belting, kind of musical theater-ish. College was also the setting of my first acting class.

Leaving New York: When my sister, Anne, was unofficially diagnosed with an aggressive variant of multiple sclerosis, I was in a one-woman show by Jeffrey Sweet. I left New York to be with her in Charleston and then in Atlanta. Eight months later, I tried to return to New York, but I surprised myself when I arrived. I wanted to be back in sunny Charleston with my family. Now, I live next door to Anne and her husband, Will Hamilton, and can’t believe how great it all is.

On teaching: I would call myself a teacher first. I teach from home, which is a great gig with the baby; he hasn’t started singing along yet! My youngest student is in seventh grade, and my oldest is 53.

Leading a new generation: The thing I’m most invested in is the Village Teen Troupe, which I’m coaching at Woolfe Street Playhouse. I started the group two years ago with Keely Enright, and it’s gotten a reputation for doing progressive theater and doing it really well. These teenagers have a lot of talent and few opportunities. I had little talent and many opportunities.

Divas in Distress: I impersonate everyone from Streisand to Spears. My collaborator, Manny Houston, chimes in with Ray Charles, Louis Armstrong, and Michael Jackson—complete with dance moves. It is never my intention to mock, but when you are doing Kristin Chenoweth or Edith Piaf, it can get funny.

Fun fact: In 2008, I was on Legally Blonde the Musical: The Search for Elle Woods, an MTV reality show that cast the role for a Broadway show. Things have come full circle, as I am now the lead in The Explorers Club, written, like Legally Blonde, by Nell Benjamin.

Balancing work & baby: I often take Cotes to rehearsals for The Explorers Club. Keely Enright, the producing artistic director, is very understanding, having raised three children during a career in the theater, and the cast of men are funny, passing and bouncing the baby. It’s the best child-care imaginable.

Always improving: I envy people who can look at their careers and feel content. Even though I’m happy in my career, I’m rarely proud (except for of my students) or satisfied. I always want to do better.