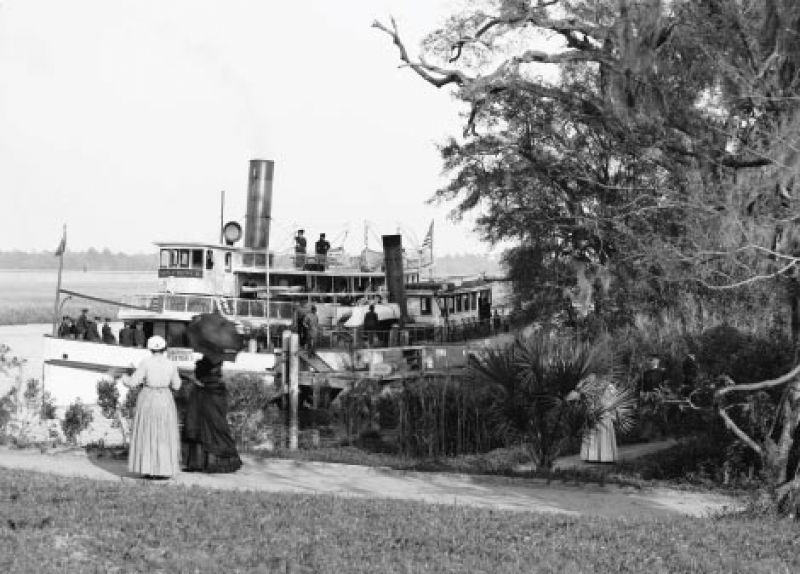 When talk turns to Charleston, many will weigh in on whether the city was better in the past than it is today. No matter your opinion, it’s a fact that some abandoned traditions are now being revived. Maybe that’s why we’re called a city of living history.

A case in point is ferries. As soon as Charles Towne was established, residents were venturing into the Lowcountry. The most direct route was water, and before bridges (the first to cross one of our rivers, the Ashley, was built in 1808), we used ferries.

By the 1730s, the government was calling for service to be established on the Santee, Sampit, Combahee, Edisto, and Cooper rivers. Early boarding sites were quite primitive, involving a flat boat and a man or boy whom passengers would summon with a bell. He’d use a pole to row the boat or might pull it along a rope tied to either shore. Later, mules or horses walked on deck, turning paddle wheels that propelled the craft, and finally steam was introduced.

Often, ferry sites took their names from the rivers they crossed or the families who ran them, the operators being remembered today in Parkers Ferry, Clements Ferry, and Mathis Ferry (a corruption over time of “Matthews”) roads. In the early 1800s, John Clement, impressed with the importance of what he did for the local population, designated his two crossing points “Dover” and “Calais,” referring to the cities in England and France that boats traveled between across the English Channel. “Dover” was on the west side of the Cooper, near what became the Navy Base; “Calais” was on the east side, close to today’s Remley’s Point.

It was east of the Cooper where demand was highest, with twice-a-day service between Charleston and what became Mount Pleasant established by the mid-1850s. Eventually, nine round-trips were made daily, except Sundays, when there were only seven. While Mount Pleasant residents went to Charleston for work, school, errands, and entertainment, city dwellers were frequently bound for nearby beaches. By the 19th century’s end, many a family left the peninsula near the Market, crossed the river to what’s now Patriots Point, transferred to the trolley that traversed Mount Pleasant, and took the Pitt Street Bridge to Sullivan’s Island, where each stop became known as a “station.” The journey itself was half the fun.

As Americans fell in love with the automobile, ferries began taking cars across the Cooper, too, prompting the end of the trolley service. The runs were so popular that boats offered live music on Sundays. In 1925, alone, 380,000 passengers and 32,000 cars rode boats over the river. Charleston’s largest ferry, the Commodore, could carry 1,200 people in its 15-minute trip from shore to shore.

When the Cooper River Bridge opened in 1929, many thought it would be the death of ferries. But it was a toll bridge, and the fee was about the same as the ferry—50 cents for a car and driver, and 15 cents a passenger, with children under six free. Ferry rides had become a tradition; many people did not have cars, but still wanted to go to the beach; and some were skeptical of driving over a structure that looked like a roller coaster. Ferry service lasted until 1939.

Thanks in part to the bridge and its successors, East Cooper grew, and now thousands of travelers drive across the water daily. Yet ferries have returned (albeit in a limited way). Tourists and residents can take a regularly scheduled “water taxi” between Charleston and Mount Pleasant, keeping alive this ferry tale of two cities. 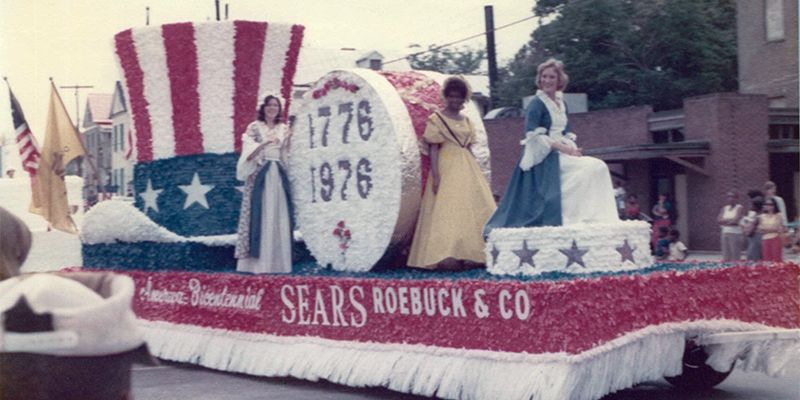 On July 4, 1976, the United States had one heck of a birthday, and South Carolina didn’t miss the party