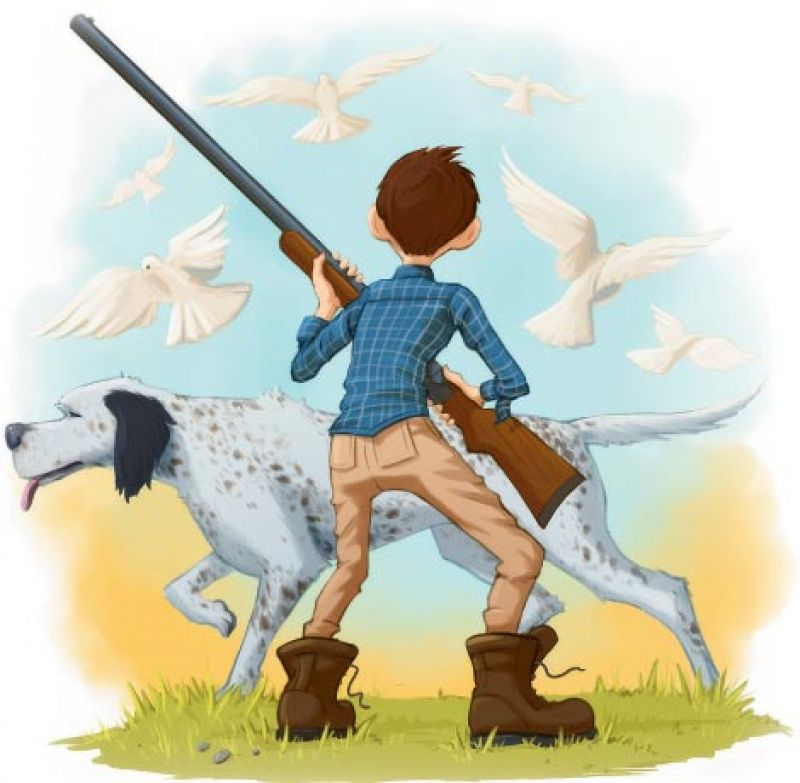 I remember like it was yesterday: the morning of my 15th birthday, when Daddy gave me his old side-by-side Stevens 12-gauge shotgun. I bought a few boxes of shells with my paper-route money and soon learned to shoot it with a tolerable degree of accuracy—although, quite frankly, if my manhood depended on my shooting ability, I would most certainly be singing in the soprano choir (maybe contralto). I treasured that gun for more than 50 years, claiming my first deer and turkey with it and eventually passing it on to my young nephew.

In the fall of my 15th year, Daddy began to take me along on dove shoots, which are as much social events as they are hunts. He always placed me near a power line or a lone dead tree, magnets for doves, to ensure that I would have some success. I recall something being said about the “one toe rule”—if the bird had only a single toe on the wire or limb, it was considered “fair game.” Even for a boy, it was not quite right to shoot a sitting bird.

I loved being included on those outings, with a nip to the air, the long afternoon shadows, and those absolutely incendiary sunsets adding glorious luster to the occasions. After the shoot, all of us young’uns would be set to the task of picking birds while the grown-ups gathered around open tailgates telling stories and “partaking.” My momma cooked some of the best potted dove and dove pileaus in the world. There can be few sweeter experiences than savoring the fruits of your own harvest.

Back in those days, the partridge (bird hunting) season did not begin until Thanksgiving Day, then considered the premier hunting day of the year. I don’t think I closed my eyes, even for one second, the night before my first “official” bird hunt.

My grandfather owned several farms out in Sumter County, each easily home to a dozen or so coveys of birds. He, Daddy, and my uncles maintained a kennel of Llewellin setters on one of the farms, where we all met just after sunrise to pick up one or two of the dogs. And I’ll never forget Old Bette—how smelly she was compared to our regularly washed house dogs, but what a fabulous nose she had and what style.

When we arrived at the chosen spot, Daddy cautioned me about gun safety and bird-hunting protocol: strictures that were periodically reinforced when my attention to them seemed to lapse. Bette quickly got to work, locating a nearby covey and holding as fine a point as I’ve ever witnessed. At our approach, the birds erupted out of their broomstraw cover in a beautiful broad pattern, and all four of us bagged a nice plump partridge. After Bette’s grand exhibition of fetching was completed, we moved on to find other coveys as I held and closely studied every feather and claw of my very first bird. I couldn’t have been more pleased.

Those were the days well before lightweight, high-tech hunting garb. There I was on that late November morning, outfitted in khakis, a flannel shirt, corduroy jacket, and my trademark scruffy shoes, with my first wing-shot partridge, crunchy frost on the ground, my nose freely running, and hands and toes numb to the bone—what divine and exquisite misery.

We covered a lot of territory that day. Before we left the field for dinner, we had witnessed the spectacle of nine or 10 covey rises, and if anyone missed on the rise, Bette would be urged to sniff around and find them a single. I can’t remember how many I got that day, but I do know that each bird I picked up was as big a thrill as the first, and I can distinctly recall my feelings of heartfelt pride when Daddy, my grandfather, and my uncles complimented me on my sportsmanship. As we gathered around the table offering thanks for all of our many blessings, I had even more to be grateful for that day.