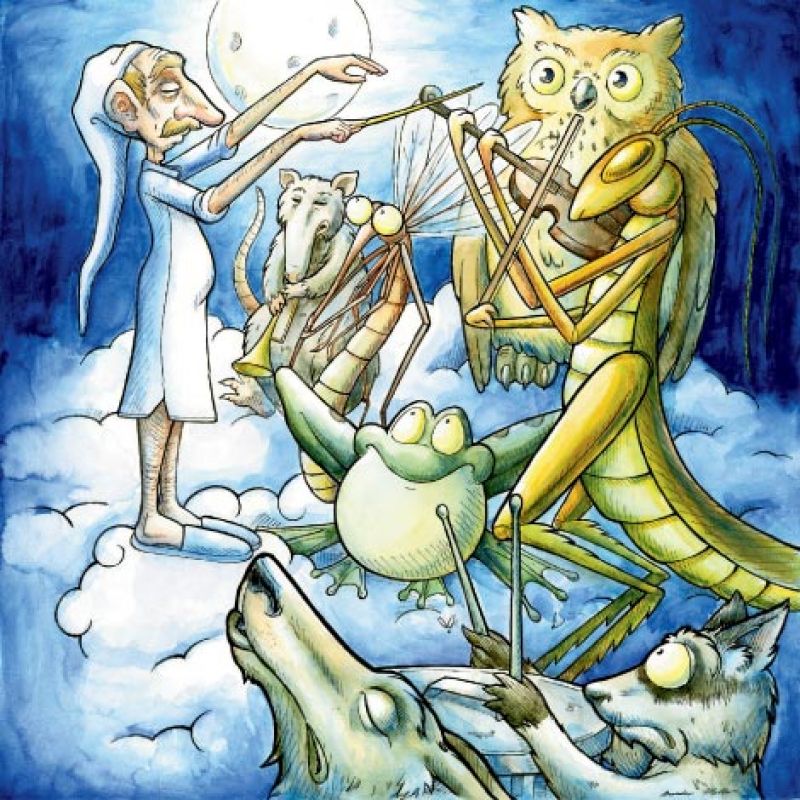 Of all the things that might make a Southerner homesick, the common pigeon hardly comes to mind. For starters, the bird is no more distinctly Southern than a traffic light. If you really want to yearn for the South, think on tomato sandwiches, creek shrimp, or wood ducks whistling through a tupelo swamp. I’ve pined for that kind of thing a lot since I moved to Spain, but the day my thoughts turned most desperately homeward, it was on account of a pigeon.

A dead one, mind you. The pigeon in question had gone on to his eternal reward on the roof of a neighboring flat. His passing looked to have been a peaceful affair: the bird was in good shape, everything apparently intact, tail feathers delicately tipping in the afternoon breeze. He sat in a squat, roosting posture in the dip between two clay tiles, as if he had been called home to the big bronze statue in the sky while sleeping. Not a bad way to go. I might have tried to retrieve the bird, but I didn’t see any reason to meddle.

Back home in the Carolina Lowcountry, nature tends to this kind of thing posthaste. She doesn’t require public service announcements, clearly marked sorting bins, or guilt trips to persuade her to reduce, reuse, and recycle. Without much deliberation, I decided I would let nature run her course, certain that in short order the pigeon would complete his end of the ashes-to-ashes, dust-to-dust contract.

But here’s the thing: Nature did not run her course. When I went up to the roof for a twilight vino tinto about a week later, I saw the pigeon still there on my neighbor’s roof, still perfectly intact. As far as I could tell, nary a feather had gone missing. This was puzzling. Back home, between the bugs and varmints—red ants, blowflies, raccoons, you name it—this bird would have been reduced to feathers and bones in less than a day. Not a pretty process to observe, necessarily, but a natural one. Here on the roof was a creature that seemed to exist in a suspended state—outside of nature, outside of time.

For a second week and then a third, the pigeon lay unchanged. Nature was not tending to the matter. By all appearances, nature wanted nothing to do with it. This being southern Spain, I figured maybe she had taken a long siesta, or gone on strike.

It doesn’t take a rocket scientist, or even a regular scientist, to figure out what was really happening here. Leaving the Lowcountry for central Andalucía, I had exchanged the subtropical for the arid, the wet and lush for the parched and bare. In the Lowcountry, the land swells with life. You can’t hold it back. But here, the land isn’t so virile. Since water is hard to come by, so is wildlife. Bugs and varmints weren’t tending to the pigeon because there weren’t, for all intents and purposes, any bugs or varmints.

Enter nostalgia—not for six-legged scavengers, exactly, but for what they are a part of, the biological vigor their presence signifies. As in Carolina, I sleep with the windows open whenever the weather allows, which is much of the year. From day one, though, something had felt different about the Andalusian small hours. Something had always seemed to be absent from the night. When I had the matter of the pigeon figured out, I understood what that something was: critter sounds. Spain, and Andalucía in particular, is famously noisy, but the storied racket is mostly human. Once the people have gone to bed, my adopted town is still and quiet as a tomb.

Not so in the American South. There, the dark is symphonic. Summer nights heave with choruses of cicadas. The steady, layered trill of tree frogs signals the end of a rainstorm. From the shores of ponds rise the big, round bellows of bullfrogs, fat old men offering up gruff commentary. Further afield, courtly whippoorwills and chuck-will’s-widows inquire of the dark. And rounding out the orchestra, our ever-dependable string section: the crickets, whose peeps and cheeps season the night.

Make no mistake. There are advantages to a critter-less life. It’s nice not to have to worry about leaving a leg of jamón out overnight. Back home, wee wrecking crews stand at the ready, waiting to strike once the lights go out. A kitchen requires industrial-strength scouring lest the ants come marching in.

And however hot Andalucía may get in summer, at least life is not further complicated by gallon-dipping mosquitoes, swarming no-see-ums, and quick-tempered fire ants. I don’t keep any DEET on hand over here, and I don’t have to patch screens. There aren’t any.

Even so, the trade-off is huge. Give me lush-but-buggy over bugless-but-bare any day. Absolute silence by night is eerie, unsettling, and, curiously enough, can complicate sleep. Utter silence suggests that everything is over and done with, finished. As if the land itself has quit. In the South, the land does not quit. It does not sleep. Ever. Even in today’s most urban areas, the land insists. By night, you can hear it: the uninterrupted commotion of the wild, ever pressing at the human realm, ever ready to reclaim it. A reminder that we are but visitors here, that when we are finished with our parking lots and subdivisions, the land will go on. Attuned to the nocturnal din of courtship and predation, the unending struggle between hunter and hunted, we recognize how tenuous our place really is. How fortunate we are to be here, a part of life on earth, at all.

A little over a month after I first discovered him, the pigeon disappeared. Completely. Here one day, vanished the next. When I saw my neighbor, I inquired about it. She told me that her son-in-law had discovered the bird while doing some repair work. I asked how they had handled the matter, and she squinted at me for a moment, baffled. It was a peculiar question, to be sure, but I honestly didn’t know. Maybe there was some trick here in Andalucía, some local method of returning departed things to the cycle from which they had come.

When at last she accepted that yes, I really did want to know what they had done with the dead pigeon, she said flatly, “A la basura.” Into the trash.