Classic Movie Night
October 2009
WRITER:
Melissa Bigner
Point your car towards the Highway 21 Drive In to watch new flicks in an old-school setting 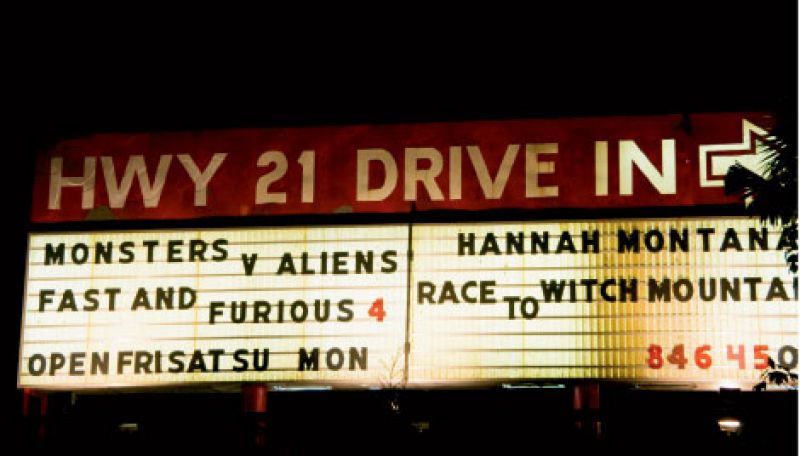 Until this year, the last time I had been to a drive-in was in high school to screen two then-new releases: The Serpent and the Rainbow and Hellraiser. It took me a while to get over that nightmare-inducing double feature, but passing by Beaufort’s Highway 21 Drive In and its alluring retro sign one too many times convinced me I was ready for a fresh, uh, stab at it. So I gathered a small posse to drive an hour south on a Saturday night to take in a monster flick—this time one of the DreamWorks Animation variety.

When I pulled up to the cinder-block entrance to buy our tickets, I was so fired up that I could hardly steer properly. Maybe it was from feeling like we’d found a little slice of yesteryear right here in the Lowcountry or my flashback to Grease and Danny wailing about being “stranded at the drive-in.” Who knows? I told the gate master we were three in the car, paid our six dollars apiece, and got a slip of paper with the station to tune my radio to.

My friends showed me where to park (coming a bit late was no problem, as the parking spots are on little berms that give you the car-equivalent of stadium seating). They told me to back in next to the now-defunct, purely nostalgic speaker poles, so my SUV’s tailgate faced the screen. Then we opened the hatch, folded up the rear seats, turned on the stereo, and hunkered down. We sprawled in the back, enjoying the surround sound and sleepover vibe. If we’d been as prepared as our fellow moviegoers, we’d have worn pajamas like the kids, packed enough blankets and pillows for everyone, and remembered bug spray. Heck, we might even have borrowed a pickup to be like the families flanking us.

No matter. I felt like I was back in high school—only with a better setup. Things have definitely changed: the sound system is killer (no scratching from my radio), the images are tops (seriously), there’s a PG-13 to R-rated screen plus a family-friendly one (no Pinhead here), and the full menu features everything from popcorn to burgers to funnel cake sundaes (at slightly less than theater prices). But the most important details have remained the same: the sounds of the audience twittering with excitement, kids up past their bedtimes, and grown-ups snuggled into each other, everyone sharing this now-rare, all-American adventure. 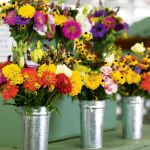