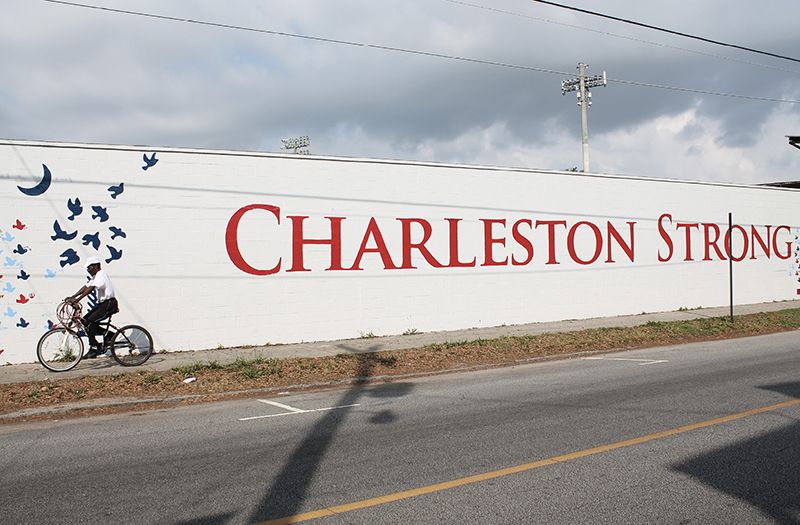 In the fall following the Emanuel AME massacre, Citadel cadets painted this mural on the old baseball stadium wall on Rutledge Avenue. The public was invited to paint the doves, the first of which were stenciled by then-Mayor Joe Riley and State Senator Marlon Kimpson in a special ceremony.

Like many South Carolinians, I vividly remember where I was when I heard the news of the shooting at Emanuel AME Church. At the time, I was CEO of the Capital Area United Way in Baton Rouge, Louisiana. After a long day of traveling, I got a call from my mother, shaken, saying, “They shot up the church.” As a black man raised in Charleston, I knew immediately which church. The church is Emanuel AME, Mother Emanuel. I turned on the news and watched with disbelief the story of 12 victims of a self-avowed white supremacist, who killed nine innocent parishioners. As I watched, I quietly said a simple prayer: “Lord, if there is a way to help my city overcome these tragedies, please help me do it.” In the immediate aftermath of the massacre, Charleston showed the world that this evildoer would not succeed in inciting a race war. We demonstrated that, for that moment, we were strong—“Charleston Strong.”

Coastal Community Foundation had been on a journey that year. The CEO had resigned in April; the staff and board members had witnessed the killing of Walter Scott, and now they had borne witness to the Mother Emanuel massacre. To a person, they realized that the Foundation had to be more than the community’s savings account. Throughout that summer and into the fall, the board and staff wrestled with the important questions: Who do we want to be in our community, and what kind of leader will we hire to move us in that direction? They began working on what I now refer to as the Foundation’s “Constitution,” a comprehensive diversity, equity, and inclusion policy. This policy stands as a treatise among the Foundation, its employees, board members, donors, and our community. It is the lens through which we view our work, and it dictates how we hire vendors and employees, steward donors, select board members, invest capital, and engage our communities. It was this document and the Foundation’s commitment to racial equity that brought me back home. I was hired as the first black CEO in the Foundation’s 42-year history in 2016.

In the five years since the Mother Emanuel tragedy, our community has created and implemented programs that address some—but not all—of the issues we face. The Foundation, for its part, has established the Lowcountry Unity Fund, the Rev. Pinckney Scholars Program, the Place-Based Impact Investing Fund, a Policy Agenda, and many other programs designed with a specific racial equity lens. Organizations such as the Charleston Area Justice Ministry and Tri-County Cradle to Career Collaborative are courageously tackling issues of racial disparity with their advocacy, organizing, and data sharing. Elected officials have also stepped up in recent years, introducing Hate Crimes legislation, trying to undo South Carolina’s Citizens Arrest laws, and speaking out for economic reform. All of this is good, but it is still not enough.

We are a loving community, a resilient community, and a gentle and polite generation of people. We know how to come together in times of disaster, natural and domestic. This is indeed our greatest strength, but I propose it is also our greatest weakness.

When I left Charleston in 1989 to attend Wofford College, I never imagined that I would return to work here. The Lowcountry is a place of contradictions. It’s a place where we have seen our ancestors build success and refuge, but also one where we’ve witnessed both oppression and tragedy.

Harrowing oral histories of the brutality of slavery and Jim Crow will drown out the romanticized stories of slavery in books and on screen, if we care to listen. The beauty of Charleston and its charm is tainted with the ugly realization of the marked differences, as highlighted in the College of Charleston and Avery Research Center’s 2017 report on racial disparities. Charleston basks in the accolades of one of America’s top performing high schools, while failing to address and rectify the inadequacies of one of the lowest performing high schools in the state—both operating within minutes of one another. We are one of America’s most admired cities, and yet, we are one of America’s most racially divided cities. The COVID-19 pandemic revealed that the economic growth and vitality of our region could no longer cover up the inequalities that exist for people of color in the Lowcountry.

We are a loving community, a resilient community, and a gentle and polite generation of people. We are serious about being Charleston, protecting our image, and preserving our brand. We know how to come together in times of disaster, natural and domestic. This is indeed our greatest strength, but I propose it is also our greatest weakness.

The events of the past few weeks have called into question whether we were really that strong after Walter Scott’s killing and the massacre at Mother Emanuel. If the measure of strength for dealing with the death of black men at the hands of the police is a lack of rioting, then we were strong. If the benchmark for strength after the killing of nine worshippers in a black church was marching together across the Arthur Ravenel Jr. Bridge, then we have set the standard. If the creation of programs and initiatives that address some of the racial disparities that exist is a proxy for progress, then we have indeed moved forward. But if the real measure of strength is changing the underlying structures and systems that create the conditions for these atrocities to happen in the first place, then we as a city are as weak as we have ever been.

In the years since Walter Scott and Mother Emanuel, there has been no substantive change in the underlying conditions in our community. The Social Justice Racial Equity Collaborative worked with the City of Charleston and succeeded in the effort to convince the city to apologize for slavery. The resolution was symbolic, and those who voted against it warned that it meant nothing if it wasn’t followed up with real change in policy, housing, and education. These same people have had two years to propose and implement policies that would give the apology real and lasting meaning. To date, they have done close to nothing.

If the real measure of strength is changing the underlying structures and systems that create the conditions for these atrocities to happen in the first place, then we as a city are as weak as we have ever been.

When George Floyd’s killing hit the national headlines and the video chronicling his slow, brutal murder was released, Charleston didn’t respond the same way it did in 2015. The last weekend of May 2020 was different. The protests that started peacefully turned into violence and destruction. Was this the same Charleston that responded with unity after the tragedies of 2015? Some argued it was not, that outsiders had come in and infiltrated the otherwise peaceful protest. Rather than excusing the violence, or simply denouncing it, we must work through our pain to understand it. Would the night have erupted in the same way if we had done more to address the systemic issues of structural racism? Perhaps we have finally reached a tipping point in our community, where the symbology of resolutions and programs will have to be augmented by serious policy changes.

As a community, we have done some good work. The YWCA of Greater Charleston has facilitated Racial Equity Institute (REI) training for hundreds of people in our region, and the Foundation now requires all board and staff members to attend. Under the leadership of Police Chief Reggie Burgess, the North Charleston Police Department has committed to training all 350 of their officers. Others have followed suit: the Charleston County Solicitor’s office, Charleston County School District, business leaders, and clergy have completed the training. We now have hundreds of Charlestonians trained in REI and yet, very little has changed in the way of policy, let alone practice. This work must continue, as it is intentional, rooted in community, and grounded in reality.

The Foundation will do its part. Over the next few weeks and months, we will be working with our community of nonprofit organizations, advocates, and stakeholders to identify both programmatic enhancements and policy solutions that need to be implemented in order to deal with the systemic racial issues that pervade Charleston’s culture. My hope is that we can once and for all overcome our contradictions and live up to the concept of Charleston Strong. 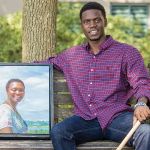 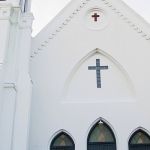 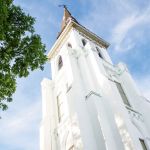